World stock markets hit record highs on Monday, the first trading day of the new year, as investors hoped the rollout of vaccines would ultimately lift a global economy decimated by the Covid-19 pandemic.

The Chinese yuan surged nearly 1 per cent against the dollar, while the US currency plumbed its lowest levels against a basket of peer currencies since April 2018. Bitcoin hovered above $32,000 on the back of a blistering 800 per cent rally since mid-March.

Dublin’s Iseq was up 2.3 per cent in eary trading with building materials giant CRH and insulation maker Kingspan leading the charge, up 4.6 per cent and 6 per cent respectively.

MSCI’s All-Country World Index, which tracks stocks across 49 countries, hit a record high and was up nearly half a percent on the day after the start of trading in London.

“The year kicks off as 2020 ended, an everything rally with the double V dichotomy (virus vs. vaccine) seeing the hopes that either things get worse and stimulus ramps up or things get better and, well, things get better so long as there’s no hint of liquidity withdrawal and a taper tantrum,” a trader said.

Despite the optimism over vaccines, investors are still sounding caution over the path of the virus, which continues to spread amidst the discovery of a new strain. “The virus retains the upper hand for a while longer,” said Karl Steiner, chief quantiative strategist at SEB, noting that vaccinations have had an uneven start, characterized by vaccine shortages, vaccine resistance and delays.

Britain began vaccinating its population with the Covid-19 shot developed by Oxford University and AstraZeneca on Monday. With the lag between a full vaccine rollout and a global economic recovery, investors will count on central banks to keep money cheap. “We continue to believe that equities have further room to rise in 2021 as monetary and fiscal stimulus measures provide a tailwind, and we anticipate significant earnings growth as the global economy recovers,” said Mark Haefele, chief investment officer at UBS Global Wealth Management. Minutes of the Federal Reserve’s December meeting are due on Wednesday and should offer more detail on discussions about making their forward policy guidance more explicit and the chance of a further increase in asset buying this year. E-Mini futures for the S&P 500 were steady after also touching a record high.

The data calendar includes a raft of manufacturing surveys across the globe, which will show how industry is coping with the spread of the coronavirus, and the closely watched ISM surveys of U.S. factories and services. Chinese factory activity continued to accelerate in December, though the PMI missed forecasts at 53.0. Japanese manufacturing stabilised for the first time in two years in December, while Taiwan picked up. Friday sees the US December payroll report where median forecasts are for only a modest increase of 100,000 jobs. Analysts as Barclays are tipping a fall of 50,000 in jobs, which would be a shock to market hopes of a speedy recovery.

“A number of incoming indicators on activity point to slower momentum as the economy closes out the year, including data on labour markets where initial claims rose during the December survey period,” said economist Michael Gapen in a note. Such a drop would add pressure on the Fed to ease further, another burden for the dollar which is already buckling under the weight of the massive US budget and trade deficits. In currencies, the euro pushed back up to $1.2281, having run into profit-taking late last week when it reached the highest since early 2018 at $1.2309. It gained almost 9 per cent over 2020. – Reuters 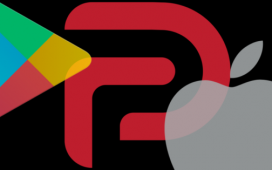 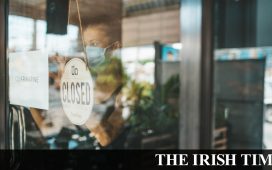 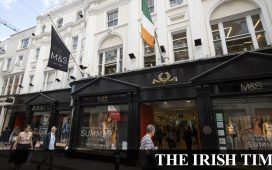 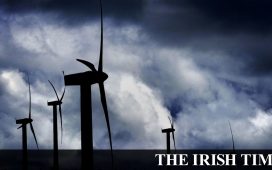 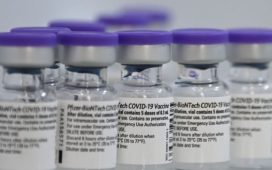 EU paying less than US for supplies of Covid vaccine

Winter’s Chill Can Kill Your Phone’s Battery, So Keep Your Device Pocketed – KIWARadio.com

Algorithms and the pandemic: backlash grows over automated decision making