A man is fitfully asleep in the main bedroom of Bleak House, an isolated cottage in Norfolk. He is awoken in the dead of night and fears he is being burgled. He has been expecting this. He creeps down the stairs – which he himself has partially demolished as a defensive measure – and, in the dark, confronts the intruders. No words are spoken; the scared homeowner fires in his general direction. When the smoke clears and dawn breaks, a man lies dead.

It sounds like the basis of a slightly lurid fiction – perhaps a brutal mystery dreamt up by the Inside No 9 team. But this was the sequence of events surrounding the death of 16-year-old Fred Barras, who was shot by farmer Tony Martin in 1999. The case became the centre of a fierce debate centred around the subject of reasonable force in defence of one’s person or property. But until now, Martin himself has remained an enigma.

Channel 4’s drama The Interrogation of Tony Martin might, at first glance, seem an outlier on Steve Pemberton’s CV. This is an unusual role for the League of Gentlemen and Inside No 9 co-creator in that it contains not a sliver of mitigating humour. The scenario is self-limiting; in an unadorned room, the action plays out solely between Martin, his lawyer and a pair of detectives. And the script is drawn from the verbatim transcripts of Martin’s interrogation. It is clear that Pemberton has both relished the opportunity and recognised certain familiarities. “Placing self-imposed restrictions is something that we do on Inside No 9 very regularly,” he says. “We wrote an entire episode [Sardines] with 12 characters in a wardrobe. It puts the focus on the characters, on every breath, on every syllable of dialogue. There’s nowhere to hide.”

To discuss Martin with Pemberton is to sense real sympathy for a stubborn, isolated and vulnerable man. Pemberton admits to having struggled with the early scenes, in which Martin is a closed book, simply refusing to talk about what happened at Bleak House. “After the first interrogation, he spent the night in prison, which would have been very frightening,” Pemberton explains. “He asked for a pen and paper and wrote pages and pages of notes. He clearly stayed up all night and stirred up all these painful memories. In the second interrogation, there was the sense of a dam bursting”.

It emerges during the course of the interrogation that Martin’s isolation has been prompted, at least in part, by horrific childhood trauma. “It’s very moving, to hear him talking about the abuse he suffered as a child and how that cast a shadow over the rest of his life,” Pemberton says. “He couldn’t form those personal relationships. There’s a section that had to be cut out of the final film where he explains that he did have a woman back to the cottage for one night and you sense that it was just that one night and then he felt that sense of shame again. It’s very powerful stuff.”

Pemberton suggests that audiences will vacillate in their sympathies for Martin throughout the piece. Martin himself appears briefly at the film’s conclusion; still blunt, uncompromising and utterly unrepentant. There are no shades of grey; black and white are all he appears to recognise.

Despite the manifestly horrific subject matter, it is guiltily tempting to draw a parallel with certain moments in Pemberton’s career as a comic actor. Are there grim echoes of The League of Gentlemen in this real-life rural fury? Do isolation and paranoia breed extremity? He is understandably cautious, pointing out that the death of burglar Henry Vincent earlier this year in London’s Hither Green proves that such issues are by no means exclusively rural. But even so, he is not unaware of the similarities. “I wouldn’t want to say it was like a League Of Gentlemen character at all but I do see those parallels.” Viewed from a certain angle, Tony Martin’s story feels nationally resonant; simmering, unheard resentment finally exploding with tragic and destructive consequences. Which feels like a fairly apt symbol of where we are now.

How does Pemberton feel about his erstwhile colleague Mark Gattis’s recent assertion that The League of Gentlemen was a premonition of Britain’s vote to leave the European Union? “I definitely think it’s a very British trait and we just tapped into that. It had a real resonance and those characters – and the town of Royston Vasey – came to symbolise it,” he says. “When we came to reboot it last year, for the specials, we thought ‘we can’t ignore this now’. So we made it pretty much a feature of what Edward and Tubbs were doing.” So Britain has always been Royston Vasey but it has only just started to fully express that? “Absolutely. God help us!”.

Pemberton doesn’t rule out a return to Royston Vasey, perhaps in a post-Brexit dystopia. But he seems happy to let it lie for the foreseeable future and understandably keener to talk about a much more recent triumph. With October’s Inside No 9 special, he and Reece Shearsmith conjured a live TV moment to rank with any in the medium’s history. “We decided that if we were going to do it, the live element would have to be completely integral, so it becomes more of an event than a story,” he says. “It was scary to do – you walk out thinking: ‘my mum’s watching this …’ You start second-guessing everything. I did a very cliched thing at the end which I don’t think I’ve ever done before. I actually punched the air. I was just so relieved that we hadn’t fucked it up. We wanted it to be perfect.”

Above all, Pemberton is a student of his medium – a fan as much as a creator. As we finish, he is enthusing about the next series of Inside No 9; “I’d like the new series to go back to basics and just tell good stories. We don’t want to be known as pranksters,” he says. Which brings it round to The Interrogation again. “Forget all the sharp cutting and flash-bang editing. Can you tell a simple story? That’s what our aim always is.” 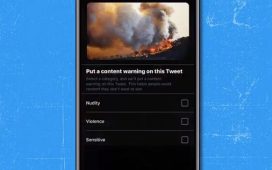 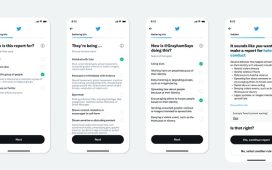 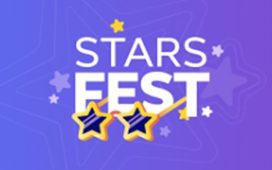 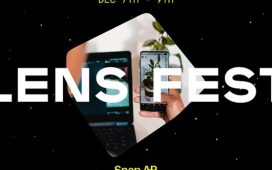