Steve Mann: Sub shortage in LUSD has phones ringing off the hook | Opinion


The calls start coming around 6:30 a.m. and don’t stop until about 8 at night. They’re mostly automated “robo” calls, but sometimes a human will be on the line.

Spam? No, it’s actually a daily ritual for local schools, who find themselves desperate for substitute teachers. When regular teachers are absent from the classroom, there begins a mad scramble to hire a substitute — not an easy task these days.

An automated phone system starts calling people on the sub list, trying to line them up for a class. If they don’t answer, it keeps trying. And trying. The substitute teacher shortage is nationwide. But you know it’s dire when the superintendent of schools herself puts her day job on hold so she can substitute teach for a day.

That’s what happened about a week ago when Dr. Cathy Nichols-Washer sub’d for a kindergarten class, so says Trustee Ron Heberle. Lodi Unified School District spokesperson Chelsea Vongehr confirms the district is facing a shortage, saying the problem varies on a daily basis. She says the district draws from a “pool” of sub teachers. Some are retired teachers, but others are people with a degree who have passed a state CBEST test.

And where there’s a shortage, there’s competition. “We are often sharing the same pool of substitutes with other districts,” says Vongehr.

Board President Ron Freitas says, “All our neighbors (meaning other districts) are our competitors.”

There are several reasons for the shortage, but pay seems to be at the top of the list. While Lodi Unified pays $133 per day, neighboring districts pay more. In some cases, much more. Elk Grove is reportedly considering bumping their sub pay to about $350 per day, meaning they will likely corner the market, making the situation even worse for Lodi Unified. However, the problem may soon come to a head. Freitas says trustees will take up the issue at their meeting in two weeks. Heberle confirms that higher pay might be on the table, among other remedies.

FAR OUT: Remember the grape juice that went into space earlier this year? It’s back, having splashed down in July. The whole thing was an experiment by Lodi’s Michael David Winery and NASA scientists to see how grape juice would ferment in space.

The juice was sent up in medical IV bags to the International Space Station. An identical experiment was conducted back on earth. Scientists wanted to see what differences there would be, if any. It would be the first time wine was fermented in space.

However, the space experiment was cut a little short because the bags of juice ballooned up, and some of them even burst, according to Jeff Farthing, one of the winemakers at Michael David and manager of the experiment. But the project was still deemed a success, he says.

“We were told to expect the unexpected.” Back on earth, examination of the fermented space juice revealed the presence of 14 unique microbes, which Michael David will be able to patent.

Farthing says they have also been able to make a small amount of Merlo wine from some of the yeast strains that returned from space. Officially known as the “Grape Microbiota” project, the experiment was designed to give scientists a better understanding of how to grow food in space, says Farthing. He says he’s reasonably confident a commercial wine will eventually be made from the space ingredients. Their wine club members will get first shot at it, he says.

DECISION DAY: Tomorrow night the city council will attempt to gain consensus on a site to land the proposed “Lodi Access Center” for the homeless. The Pixley Basin location along Auto Center Drive, east of Highway 99, not far from the DMV office, appears to have the most public support. If the council agrees, it will accept over $2 million in grant money from the county to be used for the center. … Last Friday was the end of the line for Reo’s Appliance on Oak Street. The business is closing after 65 years of operation, mainly because parts and inventory are so hard to get nowadays. Brothers Brad and Craig Nathan, who run the business, say they also want to retire.

WILD AND CRAZY: Last week there was a “minimum day” at Lodi High, when classes let out shortly after noon. Rather than returning home, a mob of high schoolers descended on the Lakewood Mall, causing a ruckus. Some of the mall’s merchants say the kids were so out of hand that police were called. If their parents only knew.

SIDELINED: This year’s Walk for the Health of It has been pushed back to May, 2022, according to Lodi Memorial Hospital Foundation President and CEO Wayne Craig. He says with the “Delta variant” floating around, the hospital declined to host any events in its parking lot or allow any of its employees to volunteer during the event. The annual event was moved to Woodbridge Golf and Country Club last year because of COVID. Craig says proceeds from this and other fundraising events will be used to buy a sophisticated cancer detection device for the hospital. … The LodiHeros.org organization has reportedly gone under. The volunteer group had a mission of raising money for local public safety agencies, primarily the police department. The organization staged annual 5k fun runs and other activities to raise money. The pandemic made it difficult for the group to fundraise, we’re told, which is one reason they folded. But we’ve also heard there may be others reasons the organization went defunct.

GOOD DEEDS: The Woman’s Club of Lodi recently donated 50 new purses filled with personal items, along with individual bags of snacks and other goodies to Caldor fire victims, according to club member LeAnn Johnson. She says she and husband Jack delivered the donations to Bayside Church in Placerville. Just another example of Lodians helping out when needed. You’ll recall three years ago the owners of Woodlake Cleaners gathered donations and hauled them to Chico for victims of the Camp Fire.

MEMORY LANE: Here are more favorite memories from Grape Festivals past: Janie Hickok Siess says she and her sister went together. “We visited all the booths in the pavilions, ate candy apples, rode the Ferris wheel and Scrambler, and threw dimes to win dishes out on the midway.” … Chris Bradshaw remembers the cinnamon rolls. … Carol Moran remembers the “beautiful grape murals.” … Michael Yarborough says he met his future wife, Brenda Jewell Yarborough, there in 1972. … Lisa Preszler O’Neal remembers eating the soft tacos there. … Kay Bice remembers all the grape murals. … Connie Pfeifer Pfeiff thinks of all the tacos she ate there. … Mark Weber says, “My son Mark and I selling peanuts in the parade.” … Ron Cook remembers, “My mom and aunt on a Festival queen’s float, in a photo that was posted in a window box in the pavilion for many years. Made me proud.” … Kathy Ogren remembers, “Making the first 5×7 grape mural for our youth group. We didn’t know what we were doing.” … Christi Obenshain says one of her favorite memories was, “Selling wine coolers next to the bingo game with my FFA buddies.” This year’s Festival opens on Thursday and runs through Sunday.

Steve is a former newspaper publisher and lifelong Lodian whose column appears most Tuesdays in the News-Sentinel. Write to Steve at aboutlodi@gmail.com. 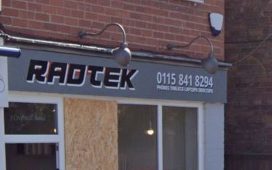