Metalenz, a Boston-based spinout of Harvard University, has come out of stealth mode to unveil its meta-optic lens technology. The company aims to replace plastic lenses with waveguides built from silicon nanostructures made in the same foundries that produce microelectronics and CMOS image sensors, and using standard semiconductor processes.

The company also announced it has raised $10 million from 3M Ventures, Applied Ventures LLC, Intel Capital, M Ventures and TDK Ventures, along with Tsingyuan Ventures and Braemar Energy Ventures. It will use this funding to scale production and accelerate the development of miniature optics on chip technology.

In an interview with EE Times, the company’s co-founder and CEO, Rob Devlin, said they had been inundated with requests from cellphone manufacturers since their first demonstration of the technology in 2016, and they are now in advanced discussions with two of these phone manufacturers. “We also have two manufacturers with the capability to produce the chips and we expect first products by the end of 2021. The lens chips are relatively small, so we can produce 1-5 million lenses a day. A single wafer can hold around 5,000 to 10,000 lenses.”

In recent years, smartphones have included different camera modules, each with different plastic lenses. Technological progression has seen these lenses change along with sophisticated processing software. In contrast, Metalenz technology exploits the interactions of light and matter at the nanometer scale to achieve “unprecedented” control of the behavior of light. While conventional optics refract, reflect, and polarize light as it passes through the bulk of a material, this innovation uses minuscule patterns and structures at the surface to redirect light at will.

Devlin said these structures can manipulate light and provide a degree of control which wouldn’t be possible with traditional designs. “There’s phase; there’s polarization, intensity, there’s wavelength, there’s a whole wealth of information in light. And the concept was, can you completely control all of this with just one single planar surface.”

READ  Investors Should Love Tech Regulation, If It Ever Happens

Metalenz’s technology grew out of work done at Harvard’s John A. Paulson School of Engineering and Applied Sciences, led by applied physics professor Federico Capasso. His was the first group to be able to focus the entire spectrum of visible light using meta-optics (a meta-lens). Metalenz has an exclusive worldwide license to a portfolio of innovations in flat optics developed by his lab.

“It has been rewarding to see Metalenz successfully emerge as a startup following a decade of research in my group that has ranged from generalizing the centuries-old Snell’s law of refractive optics to the realization of flat lenses that outperform conventional ones,” said Capasso, who is the Robert L. Wallace Professor of applied physics and Vinton Hayes senior research fellow in electrical engineering at Harvard SEAS. Capasso is also a co-founder of Metalenz and a board member of the company.

Meta-lenses use nano-scale fins to focus light; the fins are flat, where typical lenses are curved. The structure consists of coupled nanofins that regulate the speed of different wavelengths of light simultaneously, while also controlling the refractive index on the meta-surface to ensure that all wavelengths reach the focal point at the same time.

Focusing the entire visible spectrum is challenging because each wavelength moves through materials at different speeds. Red wavelengths move through glass faster than blues, so the two colors result in different focuses creating distortion or chromatic aberrations. Refractive index (n) can vary with wavelength: light waves of longer wavelength have a lower index and vice versa. Chromatic aberration is a defect in image formation due to the different refractive value of the wavelengths that make up the light passing through the optical medium.

If you only have one lens, aberrations such as distortion and dispersion will get the upper hand, reducing image quality. In fact, the optics in smartphones employ many lenses to optimize the image. However, stacking multiple lens elements on top of each other requires more vertical space within the camera module. Instead of using plastic and glass elements stacked on an image sensor, Metalenz’s design uses a single lens (nano-lens, meta-lens) built on a glass wafer between 1×1 and 3×3 millimeters in size.

Devlin pointed out that manufacturing these nano-lenses using semiconductor processes reduces complexity, thus leading to the construction of new, smaller modules with lenses that can be attached directly to the sensor. Processing software can then enhance the image by combining multiple sources from various chambers.

Light crosses these patterned nanostructures formed by many millions of “optical” circles with different diameters at the microscopic level. “In the way that a curved lens speeds up and slows down the light to bend it and change the optical path, each of these basically does the same thing by changing the diameters of these circles,” Devlin said.

He added, “The general idea is to reduce it to its simplest form. So it wasn’t just a matter of seeing what level of control you could get over light with a single two-dimensional planar layer. But it was also because when you do it in a single layer, it now can be done with a single lithography step, you’re making the optics very performant for imaging electronics.”

A vital step was insuring that the technology would continue to work across a range of environmental conditions.

“We’ve done experiments where you vary the temperature, from ambient to 150 degrees C, and we’ve seen that there’s essentially no change in the actual optical properties of the lens itself,” Devlin said. “So if you compare that to the plastic lenses, they actually have a pretty big change, because the plastic varies a lot with temperature. This also leads to our other applications besides smartphones, which is automotive. In automotive, you often use glass lenses because of the temperature requirements and temperature stability. With our technology, you’re now making lenses with semiconductor foundry scale with a performance that in terms of temperature is equivalent, or even better than glass in some cases, but now you can do it at an affordable cost,” Devlin said.

Devlin emphasized the significance of the advance, in terms of reducing the complexity of the lens required in devices such as smartphones, to ease of manufacturing in standard processes and temperature stability of glass versus plastic.

“Over the past 20 years, most of the advances in camera and sensing technology in consumer electronics has been to electronics and algorithms but the optics themselves have remained relatively unchanged. At Metalenz we’re providing new functionality to lenses that enable large-scale production in the same semiconductor foundries making the electronics for the first time.” He added, “This module not only reduces complexity, but also provides higher performance in terms of the light collected. Structured light and time-of-flight sensing is complicated. What we do is replace the three or four different optical elements with a single surface layer.”

Devlin did point out that Metalenz’ value proposition is not just about cost reduction based on the lens cost comparison. “Plastic lenses are cheap, but what we are doing is to help save costs down the line, in terms of number of lenses and integration costs.

While the company is targeting smartphones initially, in which it can improve 3D sensors and under-display cameras, Devlin said it’s next market is automotive. “We are looking at automotive, which is one of the biggest users of cameras right now.” 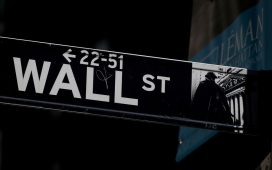 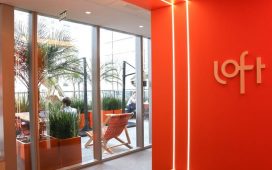 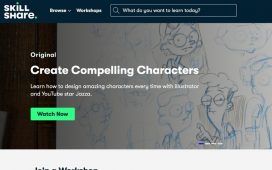 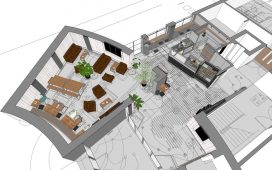 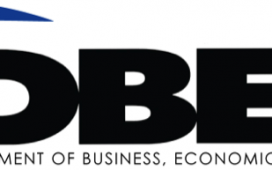