Keeping abreast with rapid advances in medical care technologies around the world, the Taiwan government has been actively fostering domestic university research projects. As part of such efforts, the Ministry of Science and Technology (MOST) initiated the SPARK Taiwan program in collaboration with the Stanford SPARK program to support the commercialization of research achievements at six universities. Among them, Taipei Medical University (TMU) was selected to join the program (named TMU SPARK) in 2014 and has incubated 51 research teams in six years. Having achieved outstanding results, these startup teams will bring vibrant energy to further build up the competitive edge of Taiwan’s medical care industry, said Shi-Bei Wu, who works for TMU’s Technology Commercialization Center.

According to Wu, TMU SPARK is aimed at incubating academic researches. When a research team has made certain progress, TMU SPARK will bring in industry experts to make an assessment on the commercialization potential. If the research result is determined to have market potential, the team will be fostered into a startup receiving full incubation support and commercialization guidance as well as initial funding. In charge of TMU SPARK, the university’s Technology Commercialization Center has successfully completed a licensing deal worth more than US$5.3 million and fostered six startup firms in six years. Three of them target precision and personalized medicine. Guzip Biomarkers (Guzip), founded in 2018, is also among the TMU SPARK supported startups.

Dr Hung-Cheng Lai’s team at Shuang-Ho Hospital developed Guzip’s core biotechnology – the use of DNA methylation applied to cervical specimens for rapid screening of endometrial cancer. According to Guzip CEO Polly Lin, endometrial cancer used to be the second most common type of cancer in women, following cervical cancer. However, it’s growingly found in younger women and has become the most common type of cancer affecting women. It is the result of abnormal growth of cells that have the ability to invade or spread to other parts of the body. In the case of early diagnosis and treatment, the survival rate can reach 80%. In contrast, only 35% of patients will survive if diagnosed at a later stage. As such, screening helps early detection and thus is vital to the fight against endometrial cancer.

READ  The final report will add the analysis of the Impact of Covid-19 in this report Bio Tech Health Care Stock Industry.

Lin pointed out that endometrial cancer is currently diagnosed via transvaginal ultrasound or invasive approaches such as endometrial biopsy, hysteroscopy, and dilatation and curettage. Not only are these procedures invasive but they run the risks of infection, anesthesia or uterine perforation. To address these issues, medical professionals are in search of fast and highly sensitive screening technologies. Guzip’s patented MPap DNA methylation detection kit provides a non-invasive and safe alternative, which performs an in vitro diagnostic (IVD) test on pap smear samples with 90% accuracy. The test result serves as a very valuable reference helping doctors diagnose endometrial cancer.

Guzip’s strategic plan is to introduce test kits and services. It will submit its test kit for TFDA approval by end of 2020. As to its test services, it is working with Shuang-Ho Hospital to begin offering the services to patients. The collaboration will not only strengthen the marketability of its test services but also help Guzip aggregate clinical data and provide the services at additional medical institutions going forward.

Guzip’s MPap DNA methylation detection kits and services are available at the patient’s own expense. In view of increasing health awareness, Lin expects 60,000 patients will pay for the test services every year after they are widely available. The annual market value is projected to come to US$4.3 million. Guzip will be able to enjoy wide profit margins with its patented test kit.

Aside from Guzip, TMU SPARK also incubated another team that has also demonstrated tremendous potential. The team is headed by Ruo-Kai Lin, an associate professor at the Graduate Institute of Pharmacognosy, TMU, and is also dedicated to the research on screening technologies for cancers in women, specifically breast cancer.

According to Ruo-Kai Lin, breast cancer is persistently among the top 10 cancers in Taiwan. For patients diagnosed with stage-one breast cancer, the survival rate is more than 95% but it drastically decreases to 30% for stage-four patients, so early detection makes a world of difference. Breast cancers are usually screened with X-ray or ultrasound imaging of breast tissues, during which the breast is squeezed tightly between two panels to allow clear images to be taken.

As Asian women generally have smaller and denser breasts, the current screening methods only reach about 40% accuracy and thus a biopsy is often needed to confirm diagnosis. During a fine needle aspiration biopsy, a thin needle is inserted into the suspicious area and a vacuum sucks out tissue samples. In the case of a core needle biopsy, a thick needle is inserted into the suspicious area and takes out tissue samples. The specimen is then examined to determine if the lesion is benign or malignant. Years of clinical data indicate about 70% of breast biopsies turn out to be benign. However, six-month follow-ups are still recommended for women with benign lesions and they may have to undergo another biopsy as a precaution, which puts enormous pressure on these patients both physically and emotionally.

In view of the situation, Ruo-Kai Lin’s team developed a blood test for early detection of cancer. When malignant tumors grow, they release DNA into the patient’s blood. By detecting DNA methylation levels for specific genes in the blood, we get an insight into whether the tumor is benign or malignant, explained Lin. The team’s precision blood test for early detection of breast cancer has been tested on more than 300 breast cancer patients and healthy individuals, delivering a 92.3% sensitivity and 91.7% specificity, respectively. The high-sensitivity test can be used by doctors to first assess the likelihood of cancer and only perform biopsies on high risk cases.

Utilizing an automated process, the test can be completed within a day, as opposed to breast biopsy results which take several days. Not only is it fast and convenient but it is also non-invasive. This is why the test is catching the attention of the medical care sector. With breast cancer being one of the most common types of cancer in women around the world, the test stands a good chance of tapping massive market opportunities – Taiwan’s domestic market with an annual worth more than US$5.3 million and the global market with an estimated value exceeding US$6.7 billion.

Thanks to TMU SPARK, Ruo-Kai Lin’s team received guidance from mentors of different disciplines as well as timely capital injection that kept the team moving forward. Both Polly Lin and Ruo-Kai Lin acknowledged SPARK Taiwan’s critical role in driving the commercialization of academic research results. TMU SPARK project managers working at the university’s Technology Commercialization Center also think from the perspectives of the research teams and help them connect with the industry and tap commercialization resources. These efforts will continue to fuel Taiwan’s medical care industry with new energy and boost its ability to compete at an international level. 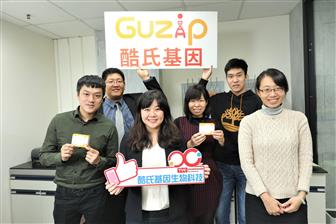 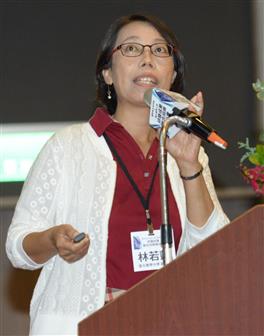 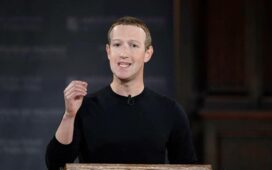 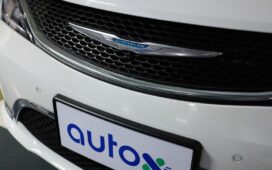 How a robot inspired my ballet dancing

Revealed: the UK’s fastest and slowest streets for broadband internet 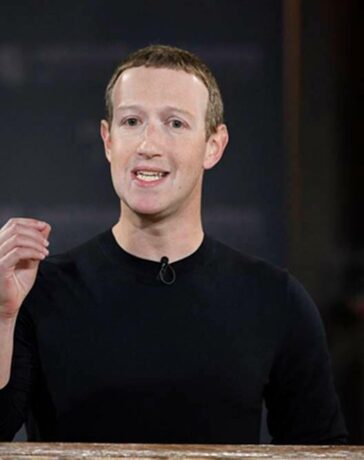 After the vaccine, will your company want you back in the office?