Airlines around the world are facing a difficult juggling act: how do you reduce the risks posed by COVID-19 while keeping costs down in a notoriously low-margin industry? As flight schedules begin to increase once more, Southwest Airlines is taking the decision to reduce its pandemic cleaning routines to minimize turnaround times and financial losses.

The news comes from an internal memo sent to Southwest staff and obtained by USA Today, which says that armrests and seat belts will no longer be cleaned between each flights, and that attendants are to instead focus on high-touch areas like toilets and tray tables. “These are the most important areas to clean between each flight as they are prone to contamination from Customer use and food/beverage consumption,” says the memo.

Armrests and seat belts will no longer be cleaned between flights

However, the company stressed that it will still clean its planes nose to tail overnight for six to seven hours at a time, as well as performing a monthly electrostatic cleaning process that it claims creates an “anti-microbial coating” on all surfaces that lasts for 30 days.

“We’re also providing sanitizing wipes to Customers, upon request, to wipe down any on-board surface,” a spokesperson for Southwest told The Hill. The airline is also continuing to keep its middle seats free, a policy that some carriers, like American Airlines, have dropped.

Reducing its cleaning schedules will allow Southwest to focus on turning its planes around as quickly as possible, a key metric when it comes to reducing costs. The longer a plane is on the ground, the fewer flights it can make and the less profitable it is. Southwest in particular has a strong reputation for quick turnarounds, after it reduced the standard 60-minute turnaround to just 10 minutes in the 1970s, boosting profits in its early years.

At the moment, though, Southwest’s finances are in a parlous state. In its most recent earning report, revenue fell 83 percent compared to the same quarter in 2019, for overall losses of $915 million. These figures are roughly in line with peers like American Airlines (a revenue fall of 86 percent) and Delta Air Lines (an 87 percent fall in revenue). Returning planes to a quick turnarounds as flight volume increases is needed to reverse these losses and avoid the looming threat of layoffs.

Although cutting back on cleaning schedules looks irresponsible during a global pandemic, some experts have argued that disinfecting surfaces is really a form of “hygiene theater” that contributes more to a sense of safety than actually reducing epidemiological risks. As a recent report in The Atlantic noted, scientists believe that COVID-19 is transmitted primarily via the air, and that “surface transmission — from touching doorknobs, mail, food-delivery packages, and subways poles — seems quite rare” (though not impossible).

Others scientists have noted that in terms of air transmission, planes might even be relatively safe environments because of their tightly controlled airflows. The air in a plane cabin can be completely replaced in as little as three or four minutes, a recent report from The Financial Times noted, which compares favorably with the 20 to 30 minutes needed to completely replace the air in a similar space on the ground.

Ultimately, though, the risk of infection from air travel is still relatively unknown as scientists search for more evidence and perform more studies on airline transmission. Any changes that airlines make to their current protocol may yet be reversed if cases spike once more. 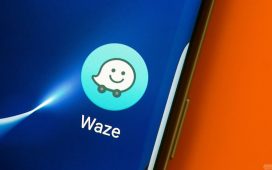 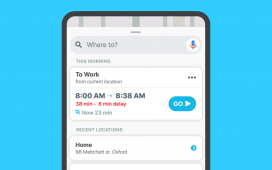 Seegrid closes a $52 million round for self-driving industrial vehicles 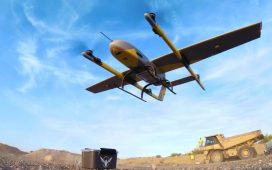 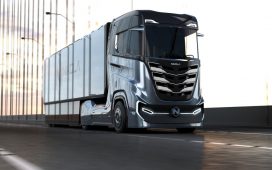 iPhone 12, Like Apple Watch, Should Ship Without A Charger

Under CMO Kory Marchisotto, e.l.f. Captured That Elusive ‘Lighting in a Bottle’

Is Artificial Intelligence close to replacing authors and making them obsolete? – Press Release

Defense Innovation Board: The Pentagon should hire remote workers who can handle classified info