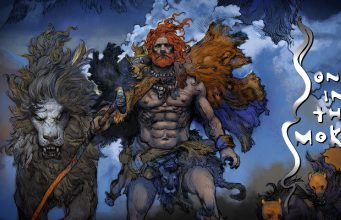 Song in the Smoke is a prehistoric-flavored survival game that puts a clever, but not incredibly deep crafting system at its core. Far from damning, this introduces the sort of gameplay friction that will always leave you with just enough useable resources to move forward, but never enough to be comfortable as you explore the game’s one-way trip through an interesting and complex set of bespoke levels. Combat is a little lackluster and visuals feel muddy at times, but Song in the Smoke still manages to charm you even as you’re being hunted by a giant ethereal beast bigger than an SUV.

Song in the Smoke Details:

Song in the Smoke features a string of self-contained levels, each of which includes a few standard objectives you need to accomplish before you can summon a level boss and continue onward. You need to hunt around for three hidden ‘Song Stones’ in each level to unlock the otherworldly beast, which is oftentimes able to kill you in just two or three shots if you’re not careful. Along the way you experience dream sequences, which feel more like a jolt into a waking reality than your current otherworldly realm, and help unfold the mystery of what’s going on. Scrounge, craft, eat, sleep, search for easter egg health upgrades, and fight your way through till the end.

Now for the nitty gritty. Like most survival games, there’s a crafting element to Song in the Smoke which I would describe as wide, not extremely deep—but always satisfying. There’s only around a 15 or 20 main items to make by hand, and a few other directly supporting bits like feathers for fletching, stone for arrowheads, etc. Each successive level has harder rocks and wood, which make for basically the only weapon upgrades you’ll be able to craft.

Here’s me making your bog-standard health potion with an scavenged herb, which you need to do by physically muddling the herb with a mortar and pestle. Stuff like whittling at sticks and attaching stones and other bits feels surprisingly rewarding, and adds a touch of manual labor to the whole survival affair that will really make you miss those lost arrows, and pay more attention to the health of your weapons before you have to roll out your inventory and repair stuff by hand.

Before all of that though, you’ll have to go on the hunt for adequately-shaped sticks that all do very specific tasks—if you can grab them all that is. The amount of times I got that big red ‘NO FREE STORAGE SLOTS’ warning as I supermarket-swept my way through the level to get enough firewood for the night still haunts my dreams. There’s usually enough laying around for one night, but never enough room to store it all.

Sticks of any size can be burnt in a fire pit, which requires you to toss in ample amounts of all stick types to make sure it stays lit throughout the night. The fire’s full meter fills up and slowly goes down to nothing, so you better stay on top of it. You can cook hunted meat on the fire, which is one of the best one shot hunger-killing meals in the game.

Depending on their size, sticks can also be fashioned into devices like tanning racks for making clothes or drying racks for preserving food, but they can also be made into hand-held tools or weapons with your trusty stone knife. A large stick can be whittled into a club for defense, an extra larger for a bow, a small stick becomes an arrow shaft, medium sticks become torches—the search for the right type of stick for the job at hand is truly a never-ending pursuit. Those tools let you eek out a pretty meager existence amidst a world filled with things designed to kill you.

Grinding for basic items is such a big part of the game that there’s truly little rest for the ill-prepared, and only slightly more rest for those that get into the rhythm of prioritizing the best methods of battling against hunger, cold, fatigue, and all manner of things that go bump in the night.

And you’re always hungry and tired. Balancing your inventory to make sure you have a ready supply of food and potion supplies on hand, alongside enough firewood to make a fire before the sun goes down and you’re attacked in your sleep by a pervasive demon called ‘The Darkness’, is fundamental.

The first time I naively went to sleep without a big enough fire was a harrowing experience, as you’re awoken by the two-headed creature screeching and floating towards you. The only recourse is lighting another fire if you happen to have supplies on hand, or running into the night for more, where other danger likely awaits. Combat is pretty basic and not a super involved experience, and I talk more about that in the Immersion section below.

Outside of dying in a multitude of ways, one of the biggest friction points is undeniably the game’s inventory, which although can be grown to include more slots and a camp-based storage satchel, is always painfully limited. This is exacerbated by some stability issues at current which scatters (or outright despawns) your neatly stacked supplies on the ground when you move between levels, which made me rely entirely on my inventory/satchel combo. I think if I could trust the ground to hold my things, I would have a lot less to say about inventory.

There are some other artificial boundaries set on the player. You’re only allowed to construct three campsites per level, which act as both places to sleep out the night beside the safety of the fire and places to save your progress. Get killed, and you’re given the option to either start from your last save, or to load another save state from your list of three save slots.

In the end, it took me around 14 hours to finish the game. That’s entirely dependent on your play style though, as I took time to grind out basics and build camps in each level in effort to ease some of the constant worry of health, hunger, etc. The developers say it can take anywhere between 12 – 20 hours, since there’s no variable difficulty.

As you’d imagine, all of these outside pressures make you feel a gnawing sense of dread every day. Even when the grind becomes second nature, and you learn to adequately plan where to get a good source of firewood so you have enough to sleep a night or two without the threat of the evil Darkness spirit, there’s still the fear the next day that you’ll lose all progress by dying and get sent back to your last manual save point (re: no automatic saves).

All of the word’s beasts function on a basic AI, which can be hit and miss at times when you’re hunting a prey animals like a deer, or trying to fend off a predator like a giant car-sized panther. Here’s a level boss that took me an unreasonably long amount of time (and ready supply of clubs) to kill. The cool cosmic pain job tells he means business.

Anyway, I came across moments when the AI bugs out and a crowd of deer, feathered raptors, lions, and panthers all populate the same area and summarily ignore each other as they either gang-attack you or sprint away from you in a mixed heard of predator and prey. Harder levels offer a greater range of animal types, so I found this happening more often than not in the later half of the game, but I never saw wildlife interact with each other, like a panther hunting a deer or something.

Fighting is very much an ‘unga bunga’ experience when it comes to battling beasts. Once an animal has locked on and decides to engage, they’ll rear up into a fight animation that can be blocked by hitting a large red hit-marker with your club that will translate to a hard blow on the enemy. There’s no heath bar or any other real indication that you’re near to felling any of the beasts, so it’s mostly a game of ‘smack them until they’re dead’. The other main weapon is the bow, but I found this really only helpful in hunting prey beasts rather than using it as an actual offensive weapon since it does comparatively less damage.

As far as visuals go, much of the game’s textures feel a bit dark and muddy, which offers depressingly little visual contrast. It’s a shame, because level design provides engaging multi-level pathways to an objective which really feels like true exploration, and the general vibe of the world is nearly worth admiring when you take a pause. Granted, I haven’t seen the game via PC VR yet, as I played on Quest 2, but that’s how it was for me. Environmental effects like rain and fog are a fine touch, which complement the day-night cycle.

The game requires teleportation to climb and descend steep ledges, which is unavoidable since there’s no direct climbing involved. Default movement in Song of the Smoke is based on smooth forward motion and snap-turning. Check out the full spectrum of movement options below.

In any case, it was easy for me to play Song in the Smoke for hours at a time thanks to these variable comfort options. Some users may find the speed and frenetic nature a little more intense than say, a room-scale only game, but I’d still consider it exceedingly comfortable from even a beginner’s standpoint. 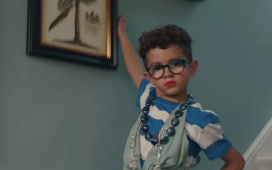 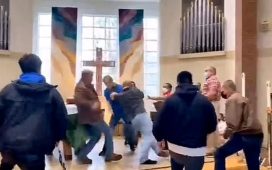 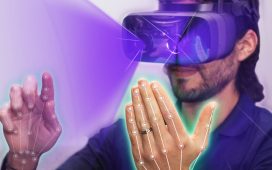 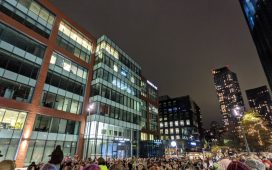 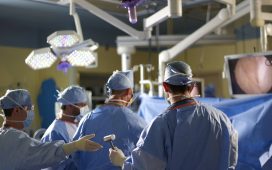 NHS and private hospitals told to improve after patient death