As the United States moves to new, greener technology, fire departments in Columbia and Greene counties are learning of the dangers associated with it, specifically solar panels and electric cars.

“The risk of electrocution is there, when fighting fires around roof-mounted solar panels,” Greenport Fire Chief John Onufrychuk Jr. said.

Solar panels are always charged, even if they’re disconnected.

“Power is always contained within them,” said John Greco, training officer for the Athens Fire Department.

At many fire scenes, firefighters cut holes in the roof to ventilate the building. That process cannot be done if the roof has solar panels mounted on it, Hudson Fire Chief Anthony Demarco said.

The Greenport Fire Department will cut holes on both sides of the eaves instead, Onufrychuk said. The panels weigh several hundred pounds.

“You don’t want to cut holes in the roof and weaken it with all that weight up there,” Greco said.

Some firefighters in Greene County recently attended a class on fighting fires involving solar panels. The class was run by the Coxsackie Fire Department, Greco said.

In Columbia County, several training sessions have been held at the Firefighters Training Facility in Ghent, Columbia County Fire Coordinator George Keeler said. The facility is looking at scheduling more of them and possibly getting a solar panel training area in the future, Keeler said.

Electric vehicle fires pose safety risks to first responders, according to the National Transportation Safety Board.

The risks of electric shock and battery fires arise from the stranded energy that remains in a damaged battery, the agency said.

It takes several thousand gallons of water to extinguish a fire in an electric car. A gasoline-powered car might take 300 gallons to extinguish, Greco said.

Fighting fires in electric vehicles is much more difficult. They require a lot of water, and a larger hose, to get them out, Onufrychuk said.

Electric cars rely on a bank of lithium-ion batteries similar to batteries found in a cellphone or computer. But unlike a small phone battery, the large batteries found in the Tesla Model X, for example, contain enough energy to power an average American home for more than two days, according to the National Highway Traffic Safety Administration.

The batteries are also located in areas that are often difficult to reach, such as under the back seat or buried in the trunk of the car, Demarco said.

The NTSB is calling for manufacturers to write vehicle-specific response guides for fighting battery fires and limiting chemical thermal runaway and re-ignition.

Cleanup after an electric car fire is more difficult as well, due to the substances in the lithium-ion batteries, Greco said.

As an Amazon Associate I earn from qualifying purchases. 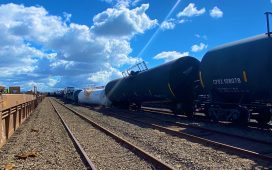 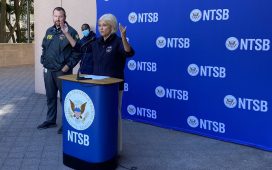 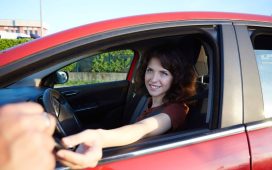