Social media sites such as Facebook and Instagram serve as a “gateway” for fraudsters, the City watchdog has warned, as it demanded they take tougher action on financial scams.

While the Financial Conduct Authority praised Google for having changed its terms for financial advertisements this month, the regulator’s head of enforcement said other tech firms were lagging behind.

“Social media sites are effectively a gateway in which scammers are getting access to vast numbers of people in the population through online searches,” Mark Steward said during the FCA’s annual public meeting on Tuesday.

“We are putting them on notice that we expect them to be involved in this process of protecting the community,” he said, adding that the FCA would otherwise “have to take action”.

The FCA has waged a long-running battle with social media firms and search engines amid a spike in online fraud, which the Home Office has said makes up about 86% of all fraud in the UK. The trend has been attributed in part to the Covid crisis, which has led to more criminal activity online.

In total, scammers stole about £4m a day from UK consumers in the first half of the year, according to the banking lobby group UK Finance, which warned last week that the level of fraud was posing a national security threat.

A coalition of banking and tech companies has launched an emergency helpline – accessed by dialling 159 – for people to report and check financial scams. The hotline will connect callers directly to their bank’s fraud prevention service.

Google was praised by the regulator on Tuesday for changing terms for online advertisers, by ensuring that none of its priority search results include financial promotions unless they are posted by FCA-authorised firms.

It followed lengthy negotiations with the search engine. The FCA’s chief executive, Nikhil Rathi, revealed this month he had held more meetings with Google than any other company since joining the regulator last year.

Search engines and social media sites were previously exempt from screening financial adverts since EU rules did not extend to online platforms. While the FCA does not directly regulate social media sites, it has tried to use its post-Brexit powers to demand extra checks.

Google’s changes were already having an impact on online fraud rates, Rathi said. “We do expect the others to take the issue as seriously,” he said. “We expect Facebook, Twitter, Instagram and others to [do so] also, and we’ll be engaging with them.”

A Twitter spokesperson said: “It is against our rules to use scam tactics on Twitter to obtain money or private financial information,” adding that the platform took “robust action against anyone violating its rules.”

See also  Netflix investor isn't worried about the rise of streaming services
Share on FacebookShare on TwitterShare on LinkedInShare on Reddit
techregisterSeptember 28, 2021

Facebook’s policing of vitriol is even more lackluster outside the US, critics say | Facebook 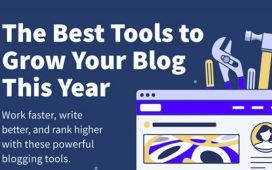 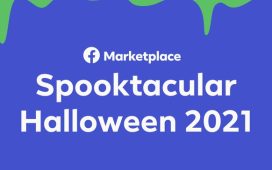 Sysinternals apps can now auto-update via the Microsoft Store

iOS 15: You can finally FaceTime between iPhone and Android. Here’s how

David Ginola: We should all be able to perform CPR to help each other