Amid the grand palace-like houses in the urban colony of Rohtak, the tiny one-room brick house of Kailash Kumar is standing odd on the pavement.

Chatter coming from this house sometimes catches the fancy of passersby when four daughters of Kailash attend their school classes in the daytime. Covered by tin-roof, the dingy house is the home of four school-going sisters-Varsha, Pooja, Neelam and Nandini. All of them study at a local government school in Rohtak.

They face one common problem – not able to attend their online classes smoothly during the day as there is only one Chinese smartphone.
Varsha, eldest of all siblings, says that she cannot share the smartphone with her other three sisters as she cannot afford to miss her classes.

“I am to face board exams at the end of the academic year. Every class of mine is important. I understand that my younger sisters too are on smartphones, but I can’t help it,” said Varsha.

Sharing her ambition, Varsha says that she wants to become an IPS officer and would share the burden of their father who is a labourer while her mother is a house-maid.

Pooja, a ninth class student in the same school is younger to Varsha. Pooja tells that she has remained a meritorious student and her teachers pinned high hopes on her.

“Before lockdown, I never remained a laggard in completing my homework or academic work. I have maintained an impeccable record of a bright student but things have changed for the worse,” adds Pooja. She said that though all siblings have placed their request before their parents to buy them one more smartphone, their financial situations restricts them.

“Due to the ongoing pandemic, my father is not able to find a job. The monthly salary of my mother, who works as a maid, has stopped for the last two months as her employers are not ready to let her resume work citing the threat of contracting an infection from her,” adds Pooja.
Neelam, third sister of the siblings rues that one even smartphone is a luxury for them, they can’t ask for more from their parents who are struggling with family needs of food, clothing and medicines. 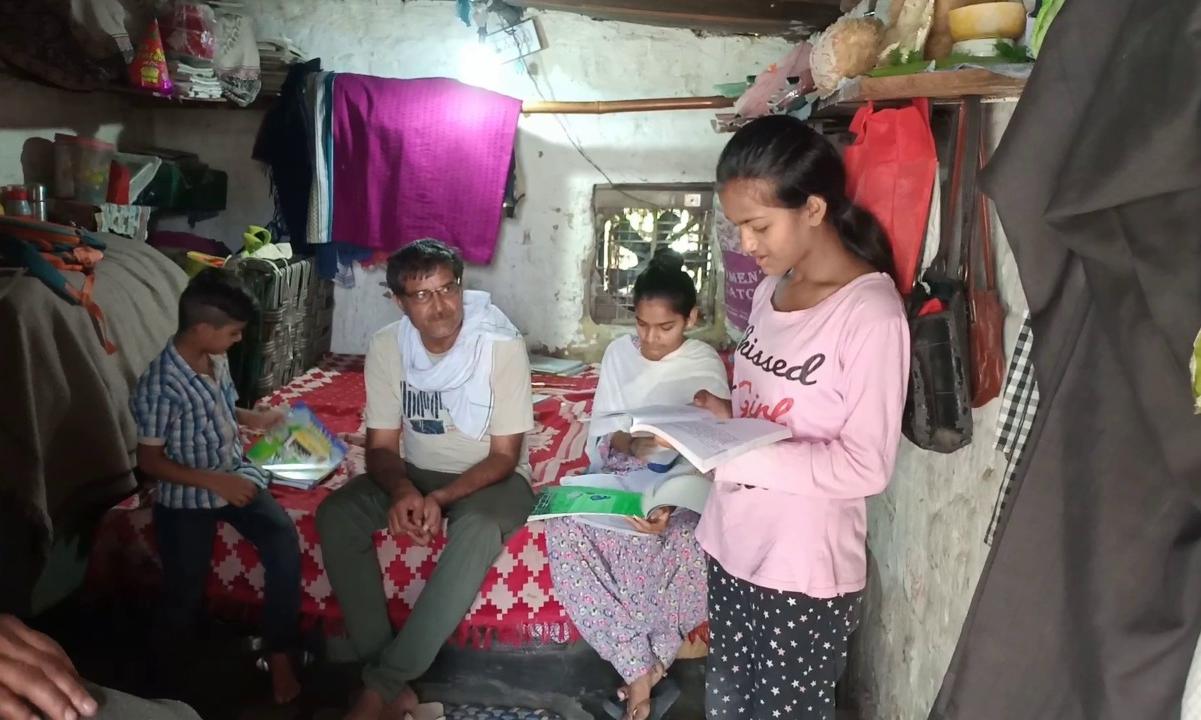 Four sisters along with their father, Kailash Kumar.

Sharing her issues, Neelam who wants to be a social activist said that their study time turns into a battle zone daily as none of them wants to miss their classes.

“Pooja and I had a class test at the same time. After cutting a deal with Pooja, I appeared in my test sharp at 10 am and completed one hour test in half-hour to hand over the smartphone with my sister,” she added.

She said that Pooja had requested her teacher to appear late for the exam citing phone issues among their siblings.
Joining the conversation, all the four sisters rues that due to overuse the phone battery gets drained early and takes a while to respond to the touch.

“We don’t know how other students are managing their online classes, but for us, it is a big challenge. One of the four sisters can use it while the other three have to wait for hours,” they added.

After patiently listening to the grievances of three sisters, Nandani, the youngest of them, complains that she never gets to hold off the smartphone.

“My teacher makes a call to my mother that I do not pay attention to my studies but the reality is different. I am doing whatever best is possible but my teachers are getting the wrong impression of me due to phone issue,” said 11-year-old Nandini.

Parents of the four girls, Kailash and Minku, said that they are not educated, but their daughters work hard and are bright students among their peers.

“After lockdown, their schools have shut down, and online classes have started via smartphone. We just have one phone. Can’t afford a second one. All of them understand that, yet they need it badly. There are hardly any savings left to suffice the food requirements of the family,” they added.

Neighbours said that the way four daughters of Kailash are excelling in studies is an example they quote before their wards. 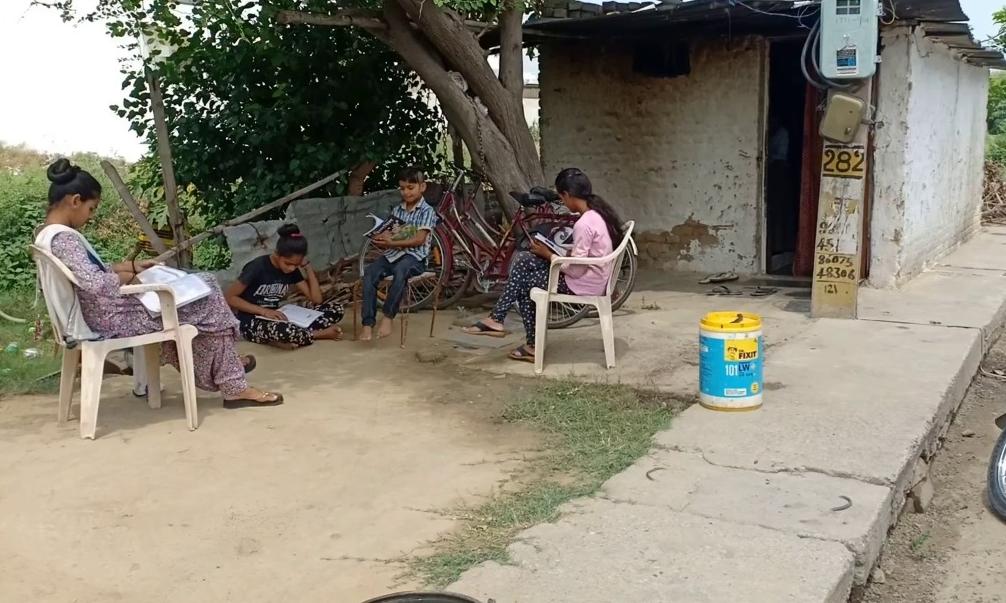 “Neck dug deep in books, the girls are often seen sitting on the footpath under the tree in hot summer season for hours and hours without caring for the loud noise from the roadside,” said one of the neighbours.

They may not have luxuries at home but they have the dedication to their studies, added the neighbour who lives in a bungalow in the neighbourhood.

Huawei pips Samsung as the world’s no.1 smartphone maker in Q2 2020 | TechRadar

TikTok is facing a global backlash over security concerns. Should we be worried about it here?

Huawei may be working on two different foldable smartphones

Parents’ smartphone use does not harm parental-child relationships – Griffith News

Samsung Will Announce the Galaxy Note 20 on August 5

Lockdown heroes: will the low-paid ever get a raise?