Senators ramp up scrutiny on other social media, in wake of Facebook leaks

With help from John Hendel and Emily Birnbaum

Editor’s Note: Morning Tech is a free version of POLITICO Pro Technology’s morning newsletter, which is delivered to our subscribers each morning at 6 a.m. The POLITICO Pro platform combines the news you need with tools you can use to take action on the day’s biggest stories. Act on the news with POLITICO Pro.

— Your turn now: Senators are turning their attention to Snapchat, TikTok and YouTube today as they continue to examine how social media use can negatively affect children.

— Something to agree on: New reporting based on leaked Facebook documents has fired up lawmakers on both sides of the aisle.

— Field trip: The main attraction of today’s FCC meeting is a virtual field hearing on natural disasters and how they affect communications networks.

Got a news tip? Email me at [email protected] and find me on Twitter @benjamindin. Got an event for our calendar? Send details to [email protected]. Anything else? Team info below. And don’t forget: Add @MorningTech and @PoliticoPro on Twitter.

BREAKING OVERNIGHT — President Joe Biden is expected to name Jessica Rosenworcel as permanent chair of the FCC as soon as today, John reports for Pros. He will also tap Gigi Sohn to fill the fifth FCC spot and Alan Davidson to head the National Telecommunications and Information Administration.

SNAPCHAT, TIKTOK AND YOUTUBE HEAD TO THE HILL — Top policy executives from the three social media platforms are testifying before the Senate Commerce consumer protection panel this morning as the spotlight shifts, at least for a few hours, away from Facebook.

— What lawmakers are looking for: The hearing will focus on the ways that these social media apps have harmed kids and are used to “promote destructive acts,” the committee said, such as vandalism in schools and eating disorders. Subcommittee Chair Richard Blumenthal (D-Conn.) said the tech giants’ use of algorithms and design features were “reckless and heedless,” adding that he would use today’s hearing to focus “on how the companies must stop these types of abusive tactics.”

Sen. Marsha Blackburn (R-Tenn.), the ranking member, indicated she was particularly interested in privacy concerns and the proliferation of sexually explicit and drug-related content on TikTok. The short-form video platform, owned by the Beijing-based ByteDance, is also “paving the way for the Chinese government to gain unfettered access to our kids and teens,” she will say, per her prepared remarks. (TikTok denies those allegations.)

— What we’ll hear from execs: The company representatives are expected to tout the steps they have taken to address children’s experiences on their platforms through design and policy decisions. For example, Leslie Miller, YouTube’s vice president for government affairs and public policy, will highlight the approach the company takes to incentivize high quality content for children and tailored user experiences for minors, such as YouTube Kids, per excerpts of her opening remarks shared with MT.

Today’s hearing will play out against the backdrop of tech policy’s hottest story: the thousands of pages of internal documents taken from Facebook by whistleblower Frances Haugen and shared with regulators, lawmakers and the media. Expect to also hear about ways these platforms may differ from Facebook.

— What children’s advocates want to hear: Civil society groups have been vocal about their desire to see legislation to protect children online, and recent coverage of Facebook’s alleged harms to youth have buoyed their hopes. They’ll be listening for what research these companies have done related to minors, particularly around their usage patterns and mental health; what types of data they collect on users; how they moderate potentially harmful or inappropriate content; and whether these companies are open to third-party research or audits of their practices.

— Elsewhere on the Hill: Ahead of today’s hearing, House Energy and Commerce Republicans sent letters on Monday to the CEOs of the three companies, asking them to provide any research or studies related to their platforms’ effects on children’s well-being and mental health.

FACEBOOK PAPERS UNDERSCORE NEED FOR CHANGE, LAWMAKERS SAY — The social media company could be in for more scrutiny as lawmakers continue to pore through recent reporting on Haugen’s Facebook documents.

“The time has come for action from all sides to rein in big tech,” Klobuchar said in response to “The Facebook Papers” project, which included POLITICO and 16 other U.S. media organizations. “We need to revisit the laws and hold these companies accountable when they spread disinformation and target vulnerable users with harmful content.”

Sen. Ben Ray Luján (D-N.M.) said the reporting was more evidence that lawmakers need to overhaul Section 230 of the Communications Decency Act, the tech industry’s legal shield from liability for what their users post. He introduced a bill last week that would strip that protection from tech platforms whose algorithms promote extremist content. House E&C Chair Frank Pallone (D-N.J.), who has also introduced a Section 230 bill, had a similar takeaway.

— Corporate accountability: Following the stories based on the “damning” leaked documents, Blumenthal demanded “the full release of the company’s research on the harms to teens and even to our democracy.” (Facebook, for its part, has accused its critics of “cherry-picking selective quotes from individual pieces of leaked material.”)

— Zuckerberg responds: Facebook CEO Mark Zuckerberg stood by his previous comments during a Monday earnings call, calling the Facebook Papers reporting “a coordinated effort to selectively use leaked documents to paint a false picture of our company.” He repeated his concerns that the stories could deter other companies from conducting internal research, although he said he was “committed to continuing this work, because I think it will be better for our community and our business over the long term.”

TODAY: FCC KEEPS EYE ON THE STORM — Rosenworcel is using her ninth monthly commission meeting since taking the reins at the FCC to showcase some of her concerns around the need to strengthen communications networks against natural disasters, a major Democratic priority as climate change worsens. (Commissioners adopted her initial plan to kick off a rulemaking on these topics last month.)

— About that virtual field hearing: Rosenworcel has arranged for several speakers to address these questions about what recent disasters like storms and wildfires looked like on the ground and what steps may be needed. It’s relatively rare for FCC chiefs to host such sessions, especially as part of a regular agency meeting. Testimony could help inform not only FCC rulemakings but also action on Capitol Hill, where lawmakers have pushed for measures to strengthen the durability of telecom networks for years.

“We must fundamentally change our approach to how we view network preparedness and crisis response,” Harold Feld, senior vice president of advocacy group Public Knowledge, will testify, calling on the government to make participation in the wireless resiliency framework mandatory for wireless carriers and expanded to encompass other communications providers like broadcasters and public utilities.

— Oh, and the voting part: Rosenworcel’s formal agenda is relatively brief this month — just two commissioner votes scheduled ahead of the field hearing. One is a routine notice signing off on a third round of selections for an FCC telehealth pilot.

The other is more intriguing: a national security vote, details of which haven’t been revealed. The agency’s security scrutiny has typically revolved around fears that the Chinese state is unduly influencing that country’s telecom companies. (The FCC voted in March to proceed with considering a possible ban on China Unicom Americas’ operation in the U.S., as well as a ban on Pacific Networks and subsidiary ComNet. In December, the FCC also barred China Telecom, which then unsuccessfully sought to object in court.)

DISH PLEADS FOR MORE TIME TO TRANSITION 3G CUSTOMERS — In a concession to DOJ scrutiny and protests from Dish Network, T-Mobile last week announced it’ll extend the planned sunset of its legacy 3G wireless network by three months, to March 31, as John reported for Pros. Boost Mobile, a Dish subsidiary, has many prepaid wireless customers that still depend on this network, and Dish says they need more time to switch to newer tech.

— Not enough: “Three months is not nearly sufficient to protect the well over one million Boost consumers — many of whom are low income — projected to still need access to this network beyond March 31,” said Dish Executive Vice President Jeff Blum on Monday. “Despite DISH’s significant migration efforts to date, supply chain cellphone shortages, COVID-related interruptions and other economic challenges continue to constrain upgrades.” Dish wants T-Mobile to keep the legacy network running until 2023; T-Mobile counters that it needs to shut down 3G as it transitions to 5G. 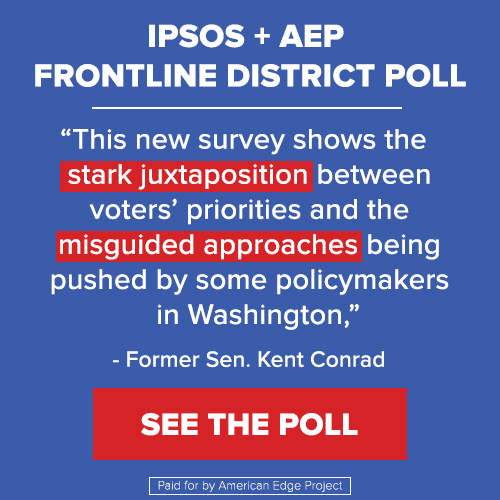 J.D. Grom is now a senior adviser for legislative affairs for Commerce Secretary Gina Raimondo. He previously was executive director of the New Democrat Coalition, and is an Obama Treasury and Melissa Bean alum. … Jessica Hertz has been named general counsel of commerce platform Shopify, where she’ll start in November, Playbook reports. She most recently was staff secretary in the White House (where Neera Tanden is replacing her), and is a Facebook alum. … Paul Rosenzweig joined American University’s Tech, Law and Security Program as a senior fellow. … Marc A. Ross has launched the consulting firm MARC, which works with entrepreneurs of privately owned B2B tech companies. He is also the founder and chief strategist at political intelligence firm Caracal.

A group of 28 organizations are launching Save Our Standards, a coalition aimed at stopping “abusive practices in the licensing of standard-essential patents,” which it says could pose a threat to industries that rely on standards like LTE and Wi-Fi. Among its members: ACT | The App Association, Amazon, Apple, Center for Democracy and Technology, Cisco, Computer and Communications Industry Association, Engine, Google, and Intel.

Santa needs Prime: “How Will Amazon Tackle the Supply-Chain Crisis to Ship Your Christmas Gifts?” Bloomberg has more.

First in MT: A report being distributed by the Connected Commerce Council finds that small business sellers have several options as to where to sell their products, not just Amazon. The council, which receives funding from Amazon and other big tech companies, is contacting senators’ officers today about the study, saying it undermines the assertion that the tech giants are monopolies.

Be careful: Facebook has fired a warning shot to Anonymous Content, the producer of the upcoming TV adaptation of “An Ugly Truth,” Deadline reports.

Defeating the digital divide: More than 40 organizations led by Connect Americans Now are urging Congress to prioritize broadband efforts as Democratic lawmakers finalize the details of their social spending package.

New tools: “FBI Given Power To Unlock Capitol Riot Suspect Phone With His Fingerprint,” via Forbes.

The poll results make it clear that policymakers who are pushing misguided tech regulation are out of touch with voters. See the poll here. 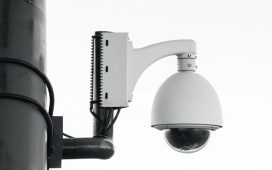 How to Improve Workplace Security with Video Surveillance 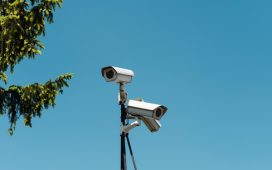 The Future of Video Surveillance Opinion | Khalid Aljabri: Biden should save ties with Saudi Arabia — with conditions 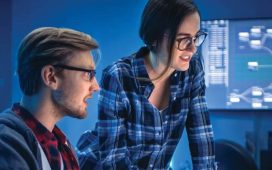 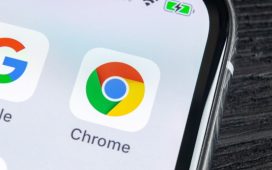 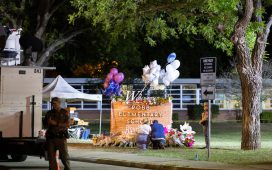 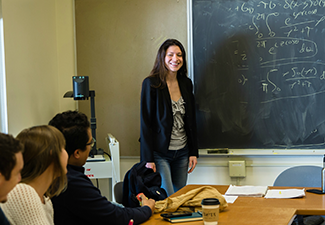 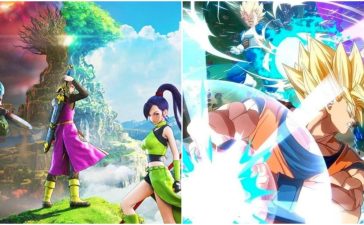 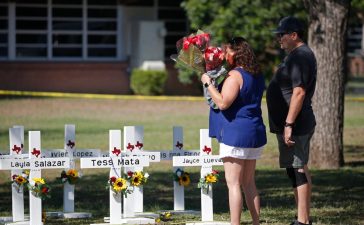