Five Nights at Freddy’s: Security Breach gets a new trailer, showcasing gameplay and plenty of creepy looks at its animatronic antagonists.

The new trailer didn’t reveal too many details about the release of the upcoming horror game, only reaffirming its debut is slated for this year. However, it did show off a lot more about how the game will play. As many suspected, players will be able to freely explore Security Breach‘s world rather than being confined to one room like in previous iterations of the franchise.

The trailer appears to confirm players will be playing as a child called Gregory during Security Breach’s campaign, sneaking through a large shopping mall in a first-person perspective. It seems players will get to journey to several creepy environments, including a laser tag arena, a large play area with a ball pit, and a plaza, with each location having its fair share of animatronic enemies. The footage even shows off a small selection of this rogues gallery, with new and returning Five Nights at Freddy’s faces cropping up.

As for the animatronics, the game features rockstar versions of Freddy and Chica, while the new cast members range from a large crocodile and a clown-like sun to a guitar-playing wolf and a menacing bunny. The latter gets a large spotlight in the trailer, as she stalks Gregory down long hallways and peeks around dark corners. Fans have speculated since the game’s announcement that this mystery villain will be a character called Vanny – originally teased in Five Nights at Freddy’s: Help Wanted – although it remains to be seen if the theory proves true.

The finale of the trailer hints that she could be joined by a more intimidating co-main antagonist too, with a menacing, clawed hand scraping across the floor in the final shot. The game looks as though it’s going to be a big blowout for Five Nights At Freddy’s fans, boasting the most expansive take on the series to date. Although there’s no official release date, it’s slated for this year, so fans should keep their eyes peeled for more news.

MORE: Everything You Missed In The FNAF: Security Breach Announcement Trailer

Persona 5 Strikers: Is There a Secret Ending?

Callum is a freelance games journalist from Manchester in the UK. He loves telling people that games are an evolving art form (even when they don’t ask) and will fight to the death anyone who doesn’t agree that Shadow Of The Colossus is the greatest game of all time. 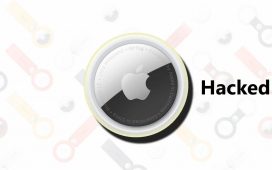 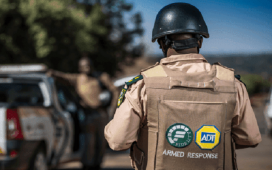 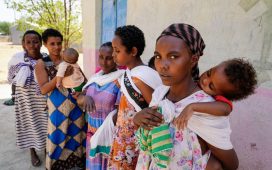