Saturday Night Live returned from hiatus with its most controversial episode since Donald Trump hosted back in 2015.

Fittingly, tonight’s host may be the only person on the planet whose ego is a match for the former president: Tesla CEO, and world’s second richest man, Elon Musk.

If Musk isn’t quite as divisive a figure as Trump, he’s not too far off, thanks to his endless PR stunts, pseudoscience pontificating, and right-leaning politics, to say nothing of his massive hoarding of wealth (his appearance tonight has helped him further inflate the cryptocurrency bubble).

As a result, the lead-up to tonight’s episode earned SNL a fair amount of heat – including from some of its own cast members – although the show has a long track record of ceding to the rich and powerful.

One need only look at how many politicians have hosted or made guest appearances (including the aforementioned Trump on two separate occasions), as well as fellow egomaniacal business types like George Steinbrenner and Steve Forbes.

These people usually make for the worst performers, which isn’t surprising, since they’re not performers.

Musk is different though, in that he fancies himself a showman and funny guy, although as anyone who has caught his appearances on The Simpsons, South Park or Rick and Morty – or who’s familiar with his online trolling – can attest, he greatly overestimates his talent for comedy.

It’s not unfair to suggest that the question going into tonight wasn’t whether or not Musk would do a good job, but rather how badly it would all turn out.

Onto the episode itself: musical guest Miley Cyrus kicks things off with a Mother’s Day tribute song, pausing to introduce the cast alongside their real mothers, each of whom gets to deliver a quick joke. Nice gesture, but so treacly.

That said, each and every one of the mothers comes off like Gilda Radner compared to Musk during his monologue.

But the tech entrepreneur goes out of his way to poke fun at his own awkwardness and what he describes as a lack of “intonational variation”, citing the fact that he is on the autism spectrum.

He says with pride that he is the first person with Asperger’s Syndrome to host SNL (“Or at least the first person to admit it”). In fact, former cast member and one-time host Dan Ackroyd has been open about his own Asperger’s diagnosis for several years now.

Musk then offers the audience this: “To anyone I’ve offended I just want to say: I reinvented electric cars and I’m sending people to Mars in a rocket ship … did you also think I was going to be a chill, normal dude?” He gets in a decent joke about OJ Simpson before quickly running it into the ground. Then he brings his mother on stage, and we have to endure yet one more non-actor gritting it through their lines. This promises to be a very, very long night indeed.

SNL is rarely worse than when it attempts to show how hip it is to the times, and this might be the single worst example of that.

It’s also in contention for worst sketch of not only this season, but the last several. Musk stumbles his way through (his cadence here is truly baffling), but honestly, he’s not that much worse than the rest of a somewhat bumbling cast.

In Post-Quarantine Conversations, guests at a house party play tedious catch-up with acquaintances they barely remember from pre-pandemic times. Musk, playing one of the partygoers, is no more polished in this pre-filmed sketch than he is before a live audience, and the whole thing is as interminable as the cliched conversations it’s sending up (although Chris Redd gets in a couple of decent jokes as a guy “accidentally” hitting on his cousin).

On The Ooli Show, Chloe Fineman plays the gratingly bubbly host, once a normal Icelandic girl until “my tit pop out during Prince Phillip funeral, so now they give me this show”. Bad impressions of Frances McDormand and Steve Buscemi from Kate McKinnon and Pete Davidson (as well as a more convincing, but equally pointless Bjork, courtesy of Melissa Villaseñor) distract from the main narrative, which sees Musk’s lovelorn stagehand Ragnarök pining for the host, who also happens to be his cousin (the second “cousincest” joke in as many sketches).

Murdur Durdur is cable televisions latest prestige murder drama. Like Mare of Eastown and any number of similar, “constantly overcast” shows, this one centers around a “grizzled lady detective … with a very specific accent”.

The majority of jokes here revolve around the way people in Pennsylvania hit their “ers” so hard that it’s impossible to understand them. But 30 Rock did this exact joke much better 14 years ago. Then Cyrus takes to the stage alongside The Kid Laroi for a performance of Without You.

One of the episode’s sole bright spots comes on Weekend Update, courtesy of Ego Nwodim, who always shines when she’s given the spotlight. Here, she plays Pauline, a “weary mother in her darkest hour”, recently returned from a family trip to the newly reopened Disneyland.

Haggard and defeated, she lays into angry tirades on Splash Mountain (“I stood up to see I’d been sitting in an inch of foul Disney water, spent the rest of the day looking like I peed my pants”), Sleeping Beauty (“Why is that hussy so tired? She don’t have kids!”) and her own faded looks (“I could be pretty too, but I sleep on my feet like a horse!”).

Colin Jost and Michael Che then welcome on Musk (pointlessly playing a financial expert named Lloyd Ostertag) to explain what doge coin is. Musk can’t wait to refer to himself as “the doge father”, which is something his fans seem to find funny, though why is even harder to explain than how the cryptocurrency actually works (per Che, it’s just “a hustle”.)

Mugging it up to the nth degree, Musk is hopeless, while the rest of the cast grimace through the proceedings. Things get even more dire when Davidson shows up in the closing moments as embattled New York governor Andrew Cuomo and bungles his blocking.

The Astronaut is a parody of 2015’s The Martian, with Davidson’s monosyllabic slacker Chad stepping into Matt Damon’s role. Musk plays himself, responding to an emergency situation on one of his Mars colonies from ground control, and it’s not good.

Cyrus returns to the stage for a rollicking rendition of her new single Plastic Hearts, continuing her streak of excellent musical performances three years running.

The final – and possibly worst – sketch of the night sees Musk playing a cowboy version of himself in a plodding Western parody. He winkingly pokes fun at his elements such as his anti-mask stance during the pandemic, while the audience sits in dead silence for most of it.

Somehow, Musk’s attempt at doing an old west accent proves his worst yet, and one has to wonder why the show runners would choose such broad, high-concept sketches for someone incompatible rather than simply have him play the straight man in more grounded material.

A grueling night from start to finish – with Nwodim’s Update segment and Cyrus’s second performance being the only highs – this will go down as one of SNL’s worst episodes ever, although it would be wrong to lay the blame entirely at Musk’s feet.

In fact, his awfulness mostly served to highlight the much deeper weaknesses of the cast and the writing. However, the episode was responsible for one legitimate bit of hilarity, as it appears to have sent Dogecoin’s value plummeting. A fitting end to a legitimate disaster. 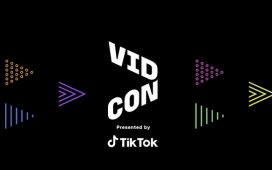 TikTok Becomes Major Sponsor of VidCon 2021, Taking Over from YouTube 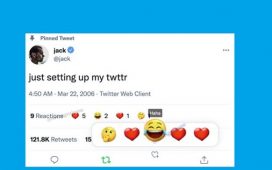 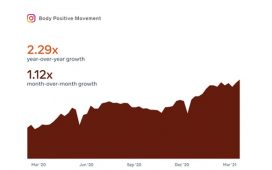 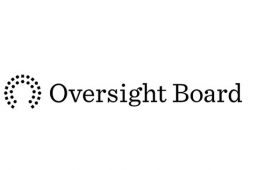 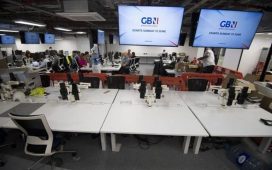