The Samsung Galaxy Note 20 launch date is just a few days away, and now we’re seeing just how fast the handset could be. Unfortunately, it doesn’t look like this flagship phone will be that speedy compared to the iPhone 12, especially for the international version of the Note 20.

As reported by GSM Arena, a Galaxy Note 20 Ultra result has been posted on Geekbench, powered by Samsung’s own Exynos 990 processor. This is the same chip inside the Samsung Galaxy S20 series. The U.S. version of the Note 20 will be equipped with Qualcomm’s new Snapdragon 865 Plus processor.

The Geekbench results for the Exynos 990-powered Galaxy Note 20 Ultra are not pretty. The handset turned in a single-core Geekbench 5 score of 928 and a multi-core score of 2,721. The current iPhone 11 averages 1,324 for single-core and 3,195 for multi-core, so it’s not even close.

A very early Geekbench leak for the iPhone 12, which should be powered by the even faster A14 Bionic chip, pointed to a single-core score of 1,658 and a multi-core mark of 4,612. So the new iPhone could be in a league of its own.

The Note 20 Ultra scored 985 on the single-core portion of Geekbench and 3,220 on the multi-core test. So it would seem that at least the Snapdragon 865 Plus could surpass the iPhone 11 on multi-core performance, but not the iPhone 12.

READ  Flaw in iPhone, iPads may have allowed hackers to steal data for years

Of course, there are lots of ways to measure phone performance. We also conduct real-world tests, such as transcoding 4K videos to 1080p in the Adobe Premiere Rush app. The Galaxy S20 took 1 minute and 16 seconds, compared to 45 seconds for the iPhone 11 Pro Max. So it will be interesting to see if the Snapdragon 865 Plus is much faster.

Regardless, users should expect slower performance from the Galaxy Note 20 with an Exynos 990 chip inside. We’ll know more about the Galaxy Note 20 come August 5 when Samsung kicks off its Unpacked event, where we also expect to see the Galaxy Z Fold 2 and new Galaxy Watch 3 smartwatch.

A, B, C & D of adopting a social media strategy that improves market share 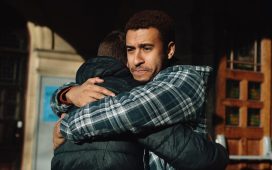 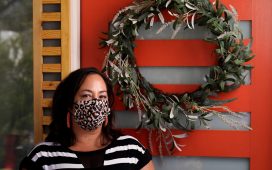 Could the Guardian have resisted the magnetic pull of the metropolis? | Helen Pidd