The RTP-based biopharmaceutical company announced the retirement of John J. Kaiser as CEO, though he will remain a member of the company’s board of directors. 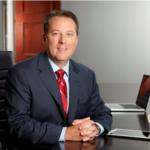 Replacing Kaiser is Joseph M. Patti, Ph.D., who has been appointed by the company to a role as president, CEO, and a member of the company’s board of directors, according to a statement.

Dr. Patti is the co-founder and former chief scientific officer and senior vice president of research and development of Inhibitex, Inc., a company that was acquired for $2.5 billion by Bristol Myers Squibb.  Patti has also served as CEO in prior roles, according to a LinkedIn profile.

“Joe is a seasoned drug development executive with a proven track record in leading both private and public biopharmaceutical companies and generating significant shareholder value,” said Thomas H. Aasen, independent board member of Evecxia, in the company’s statement.

Aasen added that the company is well-positioned, with two “differentiated, first-in-class drug candidates,” and expressed gratitude to Kaiser, the firm’s outgoing CEO.

A foundation for therapeutic potential

Evecxia has an “impressive foundation,” according to Dr. Patti, who noted in the company’s statement that the firm’s two clinical stage programs have great potential to make a difference for individual patients currently suffering from disabling brain disorders.

The company’s technology is built upon “unique technologies that enables the therapeutic potential of 5-hydroxytryptophan (5-HTP) and serotonin synthesis amplification,” Patti noted.

And the company has two clinical stage drug candidates currently in development.  The first, EVX-101 is being developed as an adjunctive treatment, according to a statement.  That therapy would be used when “first line antidepressants alone are inadequate,” the statement noted.

The second drug candidate, EVX-301, would be a rescue therapy in acute suicidal crisis, according to the statement.

Duke announced last year that it would restructure how technology transfer and corporate partnerships would operate.  During the fiscal year 2021, Duke assisted in launching 13 startups through the Office for Translation and Commercialization (OTC), which manages Duke innovations and licenses them to commercial partners, WRAL TechWire previously reported.

What the Actual Crypto is going on?