Rolling Stone magazine is offering “thought leaders” the chance to write for its website if they are willing to pay $2,000 to “shape the future of culture”.

The storied magazine, which has published journalism by writers including Hunter S Thompson, Patti Smith and Tom Wolfe, approached would-be members of its new “Culture Council” by email, telling them that they had the chance to join “an invitation-only community for innovators, influencers and tastemakers”.

Emails seen by the Guardian suggest that those who pass a vetting process – and pay a $1,500 annual fee plus $500 up front – will “have the opportunity to publish original content to the Rolling Stone website”. It suggests that doing so “allows members to position themselves as thought leaders and share their expertise”.

That message is reinforced by the Council’s website, which, under the headline Get Published tells would-be members: “Being published in one of the best-known entertainment media outlets in the world sets you apart as a visionary, leader, and bold voice in your industry.”

Publication is not guaranteed and prospective first-person pieces are vetted by Rolling Stone’s partner, The Community Company. Pieces already published as part of the scheme include a set of positive predictions for the future of the cannabis industry by a PR executive who represents a cannabis producer, and a piece praising the social nature of sports betting by the founder of an online sports betting community.

The pieces appear under a banner describing the Culture Council as “an invitation-only network of industry professionals who share their insights with our audience”. A further pop-up discloses that membership is “fee-based”.

The details of the council’s fees will be seen as a sign of how the storied magazine has moved on since co-founder Jann Wenner sold a controlling stake to Penske Media Corporation for more than $100m in 2017 as print sales and advertising revenues declined. PMC bought the rest of the company in 2019.

Wenner had founded the magazine in 1967, and said ahead of the sale: “Rolling Stone has played such a role in the history of our times, socially and politically and culturally. We want to retain that position.”

While many media companies – including the Guardian – feature clearly signposted branded content on their websites, it is less common for a major journalism brand to offer third parties, including PR professionals, the chance to pay to write pieces for publication.

It is understood that PMC is confident that editorial and paid content are adequately signposted, and view the council as a way to strengthen readers’ relationship to the brand. The scheme echoes the approach taken by the business magazine Forbes’ councils, which are also run through The Community Company.

As well as the chance to have their writing published on RollingStone.com, other benefits offered to members include contact with “a vetted network of peers” in their industries and “opportunities to collaborate, cross-pollinate ideas … and even hatch new projects”.

The invitation to possible members says that the scheme is strictly for those in the “worlds of music, entertainment, food, beverage and cannabis”.

New members to recently celebrate passing its vetting process include a fund manager and a Las Vegas real estate broker who also has a business selling alcohol-infused cupcakes.

Khashoggi: statement clarifying US stance on Saudi Arabia due on Monday | Jamal Khashoggi

Oprah with Meghan and Harry: masterstroke or disaster? | Oprah Winfrey 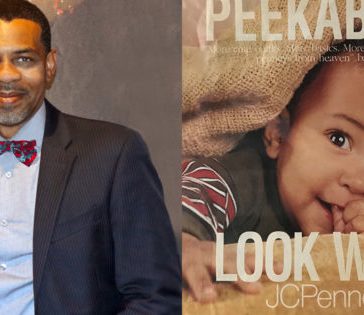