When Aung San Suu Kyi rose to denounce genocide charges against her country at the “world court” last week, three victims of Myanmar’s ethnic violence were sitting close behind the Nobel peace prize winner – disbelieving and seething with anger.

Hamida Khatun, Yousuf Ali and Hasina Begum had travelled from the sprawling Kutupalong refugee camp outside Cox’s Bazar in Bangladesh to sit on the legal delegation attending the International Court of Justice’s emergency hearing in The Hague, in the Netherlands.

Only lawyers were allowed to address the 17 judges during the three-day session in the United Nations’ highest tribunal. The exiled Rohingya Muslims had to sit in silence, stifling their emotions.

Khatun, 50, and Ali, 46, voted for Aung San Suu Kyi in 2010 when, after 15 years of house arrest, she represented a figure of democratic hope defying the military dictatorship.

In the 2017 Myanmar military “clearance operations” targeting the Rohingya, however, Khatun’s husband disappeared and her friends were murdered; Ali was tortured and sexually assaulted by police officers he knew.

Only outside the court could they reveal the extent of their disenchantment. Khatun said she had been tempted to launch a physical attack. Ali admitted it had been difficult to sit quietly. Begum, now 22 but too young to vote in 2010, declared she could have “eaten” the Myanmar leader. All three were convinced she was lying.

The claim that Myanmar’s military carried out mass murder, rape and destruction of Rohingya Muslim communities was brought by the Gambia, a west African state that belongs to the Organisation of Islamic Cooperation.

The country’s attorney general and justice minister, Abubacarr Marie Tambadou, urged what is known as the “world court” to impose protective “provisional measures” to prevent further killings and genocide of the Rohingya people in Myanmar.

Aung San Suu Kyi, whose official title is the state counsellor of Myanmar, responded to the accusation by dismissing it as an “incomplete and misleading factual picture of the situation”. The violence had been triggered by terrorist attacks from the Arakan Rohingya Salvation Army (Arsa), she said. The ICJ is now considering its judgment.

Speaking through translators after the hearing, Khatun said: “She knows what happened but she is doing nothing. I felt very angry in the court. I wished I could have attacked her. I wanted to point out these were young children that were killed, women who were raped and babies burnt alive on fires.

“We initially had hope because she was persecuted a long time and she was like a hostage, a victim, so we voted for her and expected something good. But I don’t think she turned out well. She was not being truthful.”

Khatun now lives in a tarpaulin hut in Kutupalong with the surviving members of her family. “My community asked me to speak out and not be scared of her,” she explained. “If [Aung San Suu Kyi] is saying nothing happened, then where is my husband? Where have our children gone? If they haven’t committed these atrocities, then bring them back. We want to return to our homeland with the protection of UN security forces.”

Begum was attacked and her husband killed when the Tatmadaw, Myanmar’s military, invaded her village, Chwe Pyin. Sitting two metres away from Aung San Suu Kyi in court, she felt a rising sense of fury as she listened to her deliver a formal address in the elegant courtroom that is decorated with stained-glass windows, Persian carpets and gilt chandeliers.

“She was denying everything,” said a distraught Begum. “She won the Nobel peace prize. If she’s a good leader, how can she deny such atrocities? I wanted to eat her, consume her.And she is a woman. The leader of Bangladesh [Sheikh Hasina] is also a woman, but she treats her people well.

“Aung San Suu Kyi could have stopped the military, but she didn’t. She has come to support the army.” Begum is this weekend returning to her hut in Kutupalong where her two young children no longer have a father.

Ali managed to escape with his six children when he fled his home in Nayain Chaung. His father, who was not able to walk, was killed, he said. His brother’s wife, who had three children, had been raped and died a week after crossing the border.

Ali’s first problems with the authorities came in July 2017. He ran a business selling bamboo and roof thatching, but someone wrongly accused him of supporting the paramilitary Arsa. He was held in a police station for three days and tortured, he said. “Four of the eight security police who arrested me I knew. My legs were kept in stocks and they hit my legs with guns. They burned my genitals. I had to pay a 600,000 kyat [Myanmar currency] bribe to be freed.”

It was not until the following month, when security clearance operations torched neighbouring villages, that he finally fled. “People were being killed. We saw dead bodies lying on the ground. Many had been shot.”

Ali arrived in The Hague with a treasured archive of personal Myanmar documents and photographs, which he displayed with pride. “They say we are Bengali immigrants, but these papers show we have a right to residency,” he said. “I brought these papers so that [Aung San Suu Kyi] could not lie about us not belonging. There should be equal rights for all the groups in the country. She has persecuted us and we need to let the world know. It was very difficult to remain silent in court.”

All three were brought to The Hague by the human rights organisation Legal Action Worldwide. Its director, Antonia Mulvey, is a British solicitor who served on the UN’s fact-finding mission on Myanmar.

Interviews she carried out with Rohingya refugees who had been raped were read out as evidence during the ICJ hearing. “Aung San Suu Kyi and her lawyers were silent about the use of sexual violence,” Mulvey said. “They will never be able to justify widespread rapes as part of a military campaign [against terrorists].” 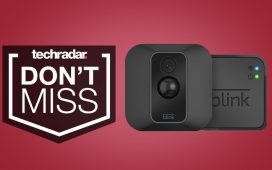 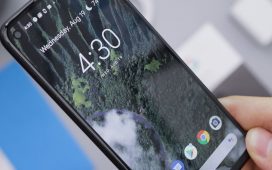 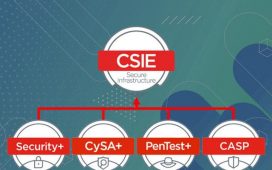 Prime Day 2020: When it’s happening and what to expect

Spoiled for choice? Over 100 television and internet packages to choose from