Extreme sports games had their moment back in the late 90s and early 2000s, before hitting the skids hard and largely disappearing. In more recent years there’s been some halting attempts to restart the genre, but nothing had quite stuck. Well, Ubisoft is hoping extreme sports fans have an appetite the smorgasbord approach as the just-released Riders Republic offers up snowboarding, skiing, biking, and wingsuit gliding in one big ambitious open-world package.

Of course, games that try to do everything always risk falling into the “Jack of all trades, master of none” trap. Riders Republic developer Ubisoft Annecy previously developed the underrated Steep, but do they reach new heights with Riders Republic? Or is the game all flash and no substance? Time to subject this one to some extreme scrutiny…

Ubisoft Says Apps like Discord, Skype Can Cause Issues in Its Games 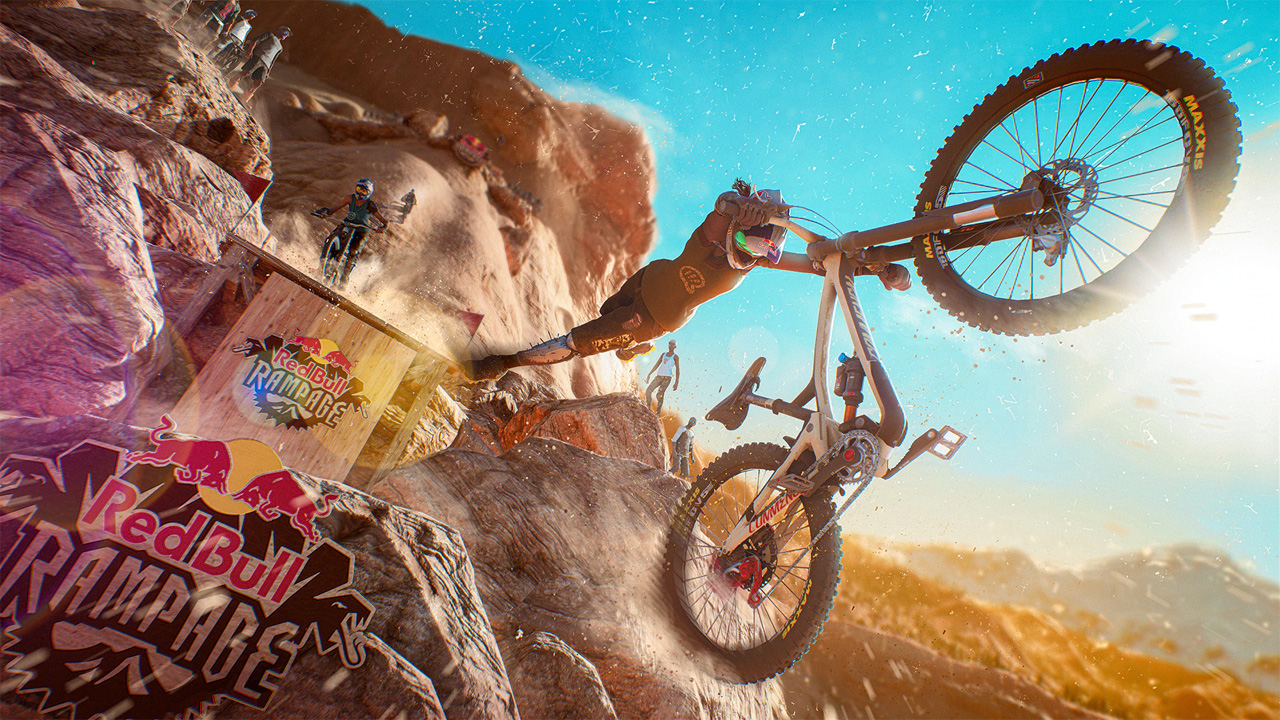 Riders Republic takes place in a fantasy world where America’s most iconic and beautiful national parks (Yosemite, Grand Teton, Sequoia, Bryce Canyon, Zion, Mammoth, and Canyonlands) are all mushed together into a massive thrillseeker’s paradise. At the heart of this is Riders Ridge, where the too-cool-for-school hang out in between risking their lives.

Ubisoft tries to provide some context for all of this – you’re initially introduced to your spunky handler Suki and Riders Republic founder Brett, but thankfully the game largely moves on from all of this pretty quickly. Ubisoft’s sense of cool is increasingly-strained and phony at the best of times, but they go completely, embarrassingly over-the-top here. This is the kind of game where phrases like “bucknutty riders” and “holy shizzwizzle” are frequently spouted with absolutely zero irony or shame. It’s never been more obvious that Ubisoft’s “hip” dialogue is actually the work of various middle-aged French guys who probably don’t get out of the house or office much. 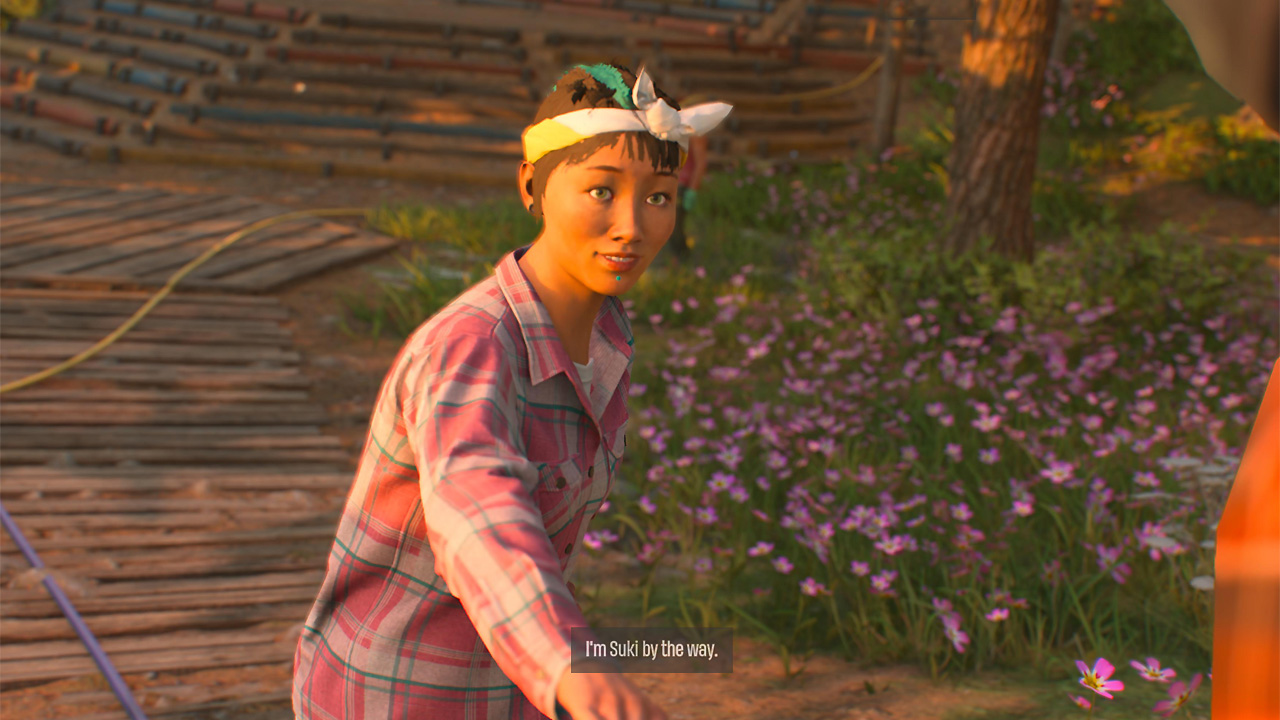 Riders Republic may not have much style, but there’s no denying it’s beautiful as hell. While the proximity of the game’s parks isn’t realistic, Ubisoft used photogrammetry to accurately recreate many of their landmarks and the results are legitimately breathtaking at times. With HDR cranked up on a nice 4K screen this may be Ubisoft’s best-looking game to date. My favorite moments with Riders Republic came when I was just exploring, finding famous locations and hidden items, and trying to reach the most extreme points on the map. Ubisoft’s open worlds are often criticized, sometimes rightfully so, but they deserve credit for what they’ve created here. 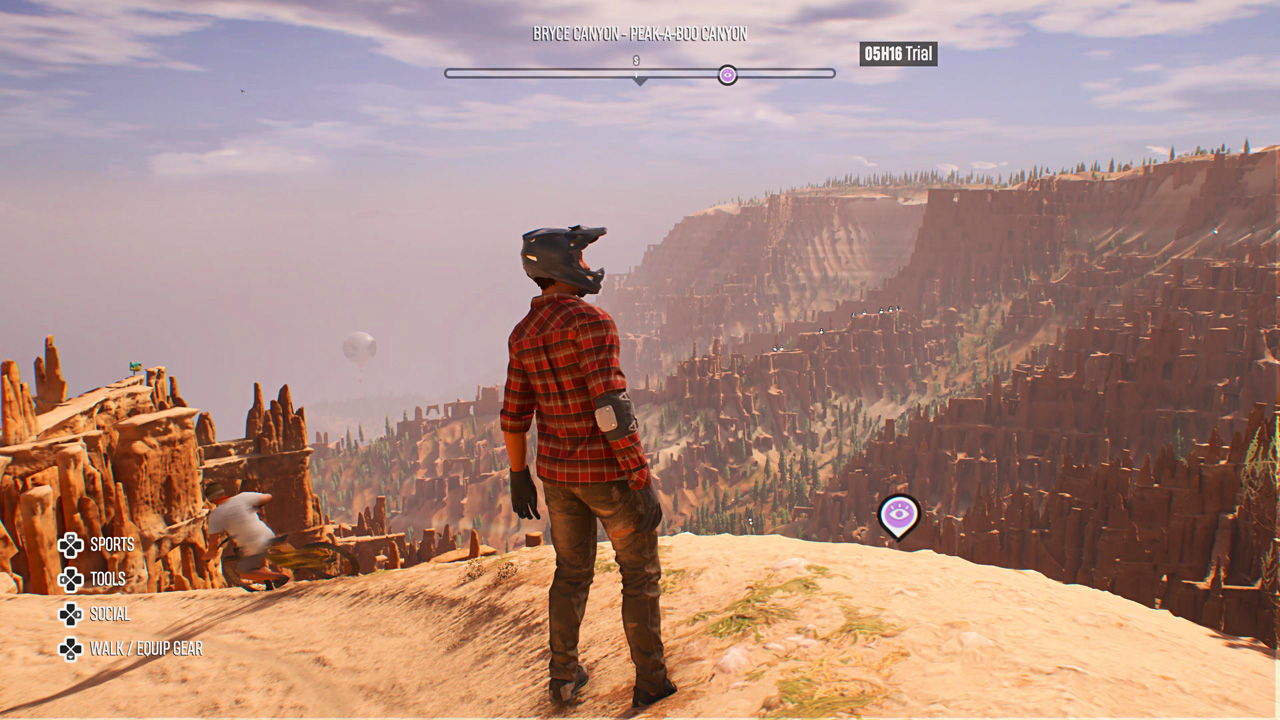 Of course, Riders Republic isn’t just about aimless wandering. There is a long list of events you can tackle and five different careers you can advance in (Bike Race, Bike Tricks, Snow Race, Snow Tricks, and Air Sports). Everything you do in the game, from completing events to exploring, to multiplayer, will earn you stars, which will unlock new careers, sponsors, and other features. Meanwhile, you can also individually level up each career, which will earn you new rides and gear.

If you’re expecting Riders Republic’s action to be as realistic as its environments, you’re in for a disappointment. Whether blasting downhill on a bike or soaring through the air in a wingsuit, the feel of the game is very arcadey. There are two control schemes available, Racer and Trickster, with the former assigning tricks to the face buttons and the latter mapping them to the right stick, but they don’t feel that different. Choose Racer for races, and Trickster for trick competitions… pretty straightforward. 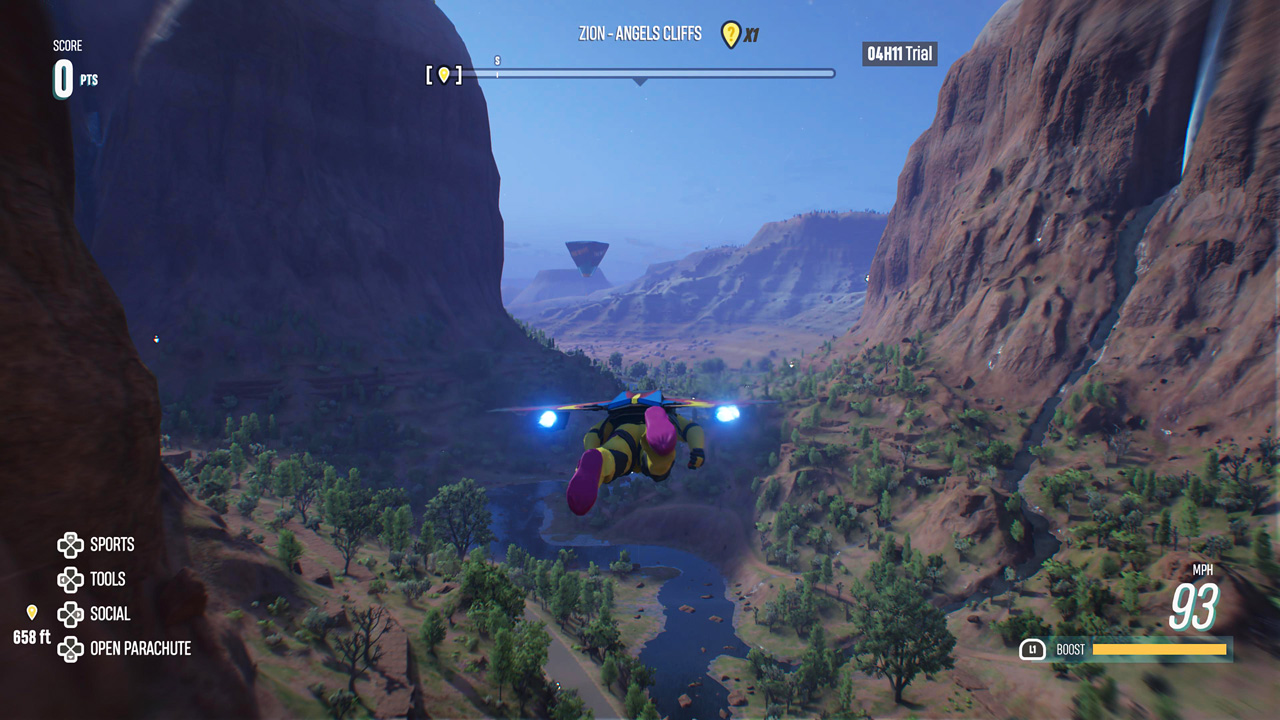 Regardless of the control scheme, riding a bike downhill feels more like you’re on an ATV as you don’t need to worry about most terrain and will only crash if you plow headlong into a rock or cliff. No real finesse is required on turns – let off the acceleration button for a second and jam the control stick in the appropriate direction as hard as you can and you’ll make it around even the tightest turns. Pulling off tricks is also pretty straightforward. You can flip forward or back and perform grabs while in the air, and that’s about it. You can even set it so all your tricks land automatically.

It may seem like I’m knocking Riders Republic’s mechanics, but that isn’t necessarily the case. Yes, the game’s physics and controls are simple, but this isn’t meant to be a simulation. Riders Republic is all about delivering that extreme sports fantasy and allowing players to jump from one thing to the next with minimal friction. Blasting down a slope on your bike is fast and intense and trick competitions make you feel like a pro. If you’re looking for something more empowering than challenging, this is it. 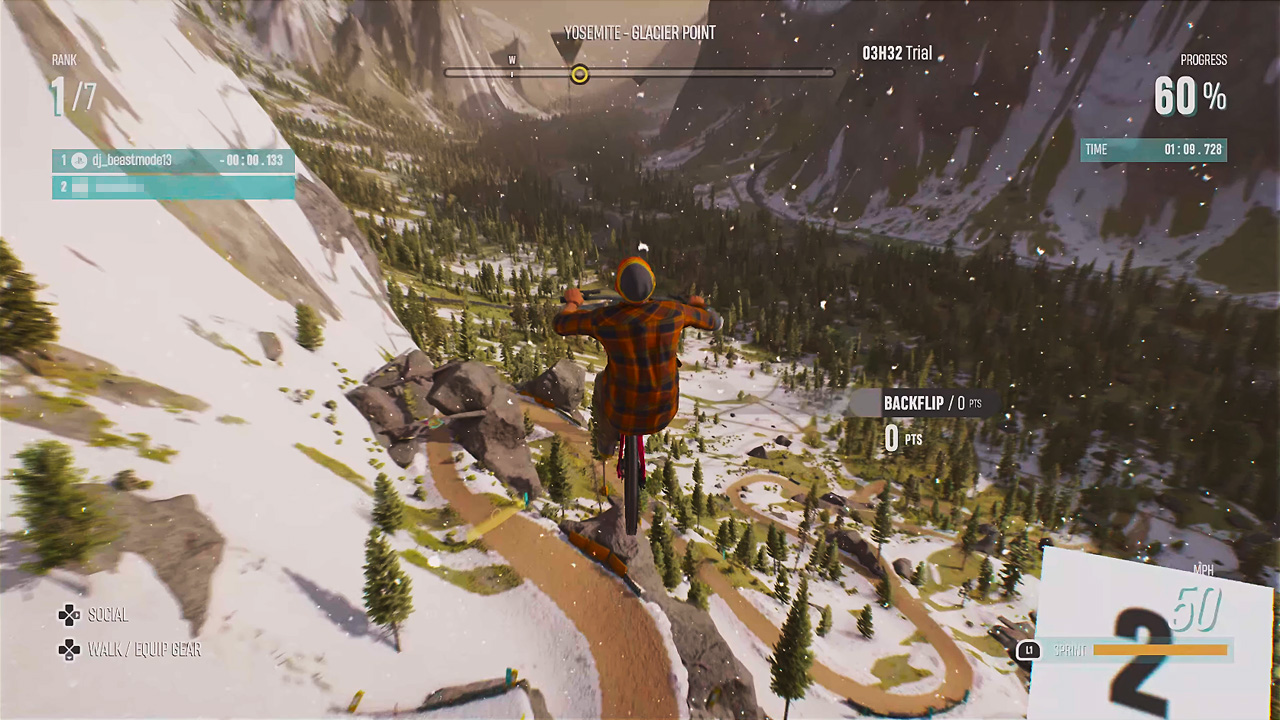 That said, even if you accept Riders Republic for what it is, there are some issues. Courses aren’t always laid out as clearly as they could be, and the game’s camera can be fussy at times. Like many modern racers, Riders has a rewind feature that lets you take back mistakes, but it’s essentially useless as it doesn’t affect your opponents – they happily race right past you as you’re futzing around. Also, some of the game’s bonus challenges, including trick obstacle courses and pizza delivery races, are a little too fiddly and frustrating for their own good. As for multiplayer, you get a decent number of options, including 6v6 Tricks Battles, multiplayer versions of most events, and frantic Mass Races (unfortunately, I wasn’t able to match up with a full 64-player race prior to release). Personally, I preferred to take more of a solo approach to Riders Republic, but social butterflies should enjoy themselves, and as mentioned, multiplayer does count toward your overall progression.

See also  a Good Sleep Tracker, but Wearables Are Better

Ultimately, the way you play Riders Republic really does feel open ended. There’s enough packed in here, that even if you don’t like one aspect of the game, you can focus your attention elsewhere and still feel like you’re achieving something. I was also pleasantly surprised by how restrained the game’s monetization is. Sure, there are cosmetics and an in-game currency that can be bought with real-world money, because of course there is, but there are no gameplay boosters, and overall, progressing in the game doesn’t feel grindy at all. Things may change, but for now, Ubisoft is maintaining their chill. 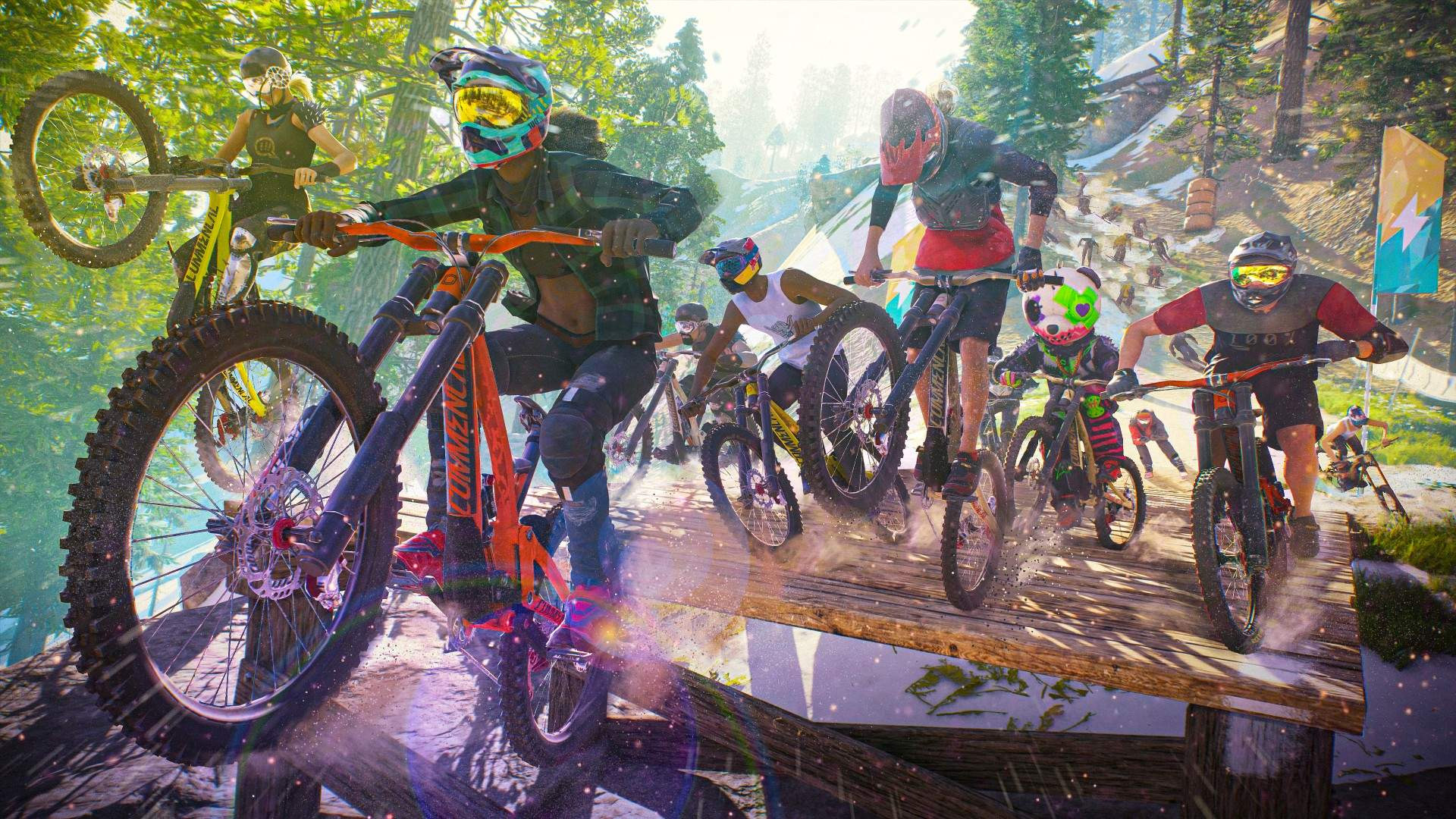 Press members were given the opportunity to play an eight-hour extended trial of Riders Republic pre-release, and I’m now delving into an unrestricted version of the game, but I don’t feel like I’m quite ready to render a final verdict yet. I still need to delve into the Snow Race career, which I just unlocked, and I’d like to try out a few more Mass Races with fully populated servers. That said, I’ve largely enjoyed my vacation thus far. Some of Riders Republic’s posturing is groan-worthy, and it may be too forgiving for some, but I can’t deny Ubisoft has cooked up a pretty impressive powder-packed playground. Expect a final score within the next few days.

This review was based on a PS5 copy of Riders Republic provided by publisher Ubisoft. 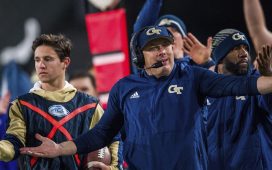 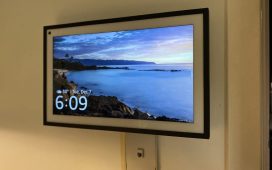 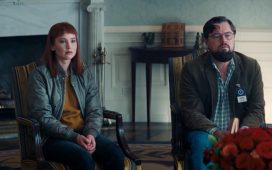 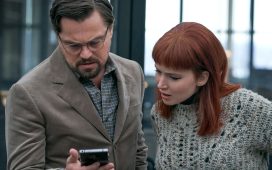 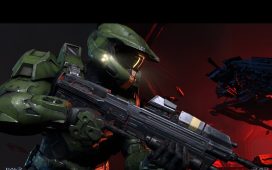