Hordes of beasts and monsters, uncharted territory, a mysterious world, a protagonist with their memories wiped, a lovable crew with hearts of gold, and some wonderfully flashy combat. Ys: Memories of Celceta has it all, and a little bit more.

Originally released on the PS Vita, Memories of Celceta has finally made its way to PS4, joining the likes of Ys VIII: Lacrimosa of Dana and Ys IX: Monstrum Nox. Ys is a long running series with its roots stretching all the way back to 1987. And yet, I remained unaware of its existence and success until I got my hands on Memories of Celceta. On one hand I’m disappointed that I had overlooked this franchise; but on the other I’m grateful for exactly that.

You see once upon a time I was a very casual and extremely impatient gamer. I was also afflicted with a very narrow mind in terms of the genres I enjoyed. I doubt the Jonah of old would have given any Ys entries the time of day. The person writing this review, however, actively seeks new genres, and my-oh-my did I leave myself a treasure trove of experiences. Especially in the world of JRPGs. Until I turned 19 I hadn’t touched a single JRPG, shameful I know. The game that led me toward redemption was Persona 5. I doubt I could have picked a better entry point. Since then it’s been a slow slog toward completing more Japanese titles. With the cornucopia of options from past and present, I couldn’t be more excited.

But I digress. Memories of Celceta is a great title with a lot to offer fans of role-playing games. From the combat to the crafting it’s got all the familiar features one expects from these kinds of titles and does them a great service in both their reasonable depth and excellent accessibility.

READ  For whom the spell trolls

In Memories of Celceta you play as Adol Christin, a famous adventurer, who begins this journey as a blank slate. He has lost his memories in the forest of Celceta, but has not lost his adventurous spirit; exactly what he’ll need to start down the treacherous path of recovering his past and finding out what exactly happened.

Amnesia is a great starting point for newcomers to the Ys Series as Adol learns about the world and its inhabitants in much the same way that the player will. Having him start from this clean state allows for a natural progression in worldbuilding. There are healthy doses of exposition due to this, but thankfully they never overstay their welcome. Along the way you acquire party members for a roster of 6 including Adol himself.

He is tasked with mapping the same forest he lost his memories in and in doing so encounters isolated villages and towns. Having you slowly recover memories and explore the map in tandem make for some excellent pacing in its exposition and overall narrative. The two work symbiotically and can be done at the player’s pace.

That being said the story here is pretty good, it doesn’t tread any especially new ground, but hits all of its story beats effectively. It ends up amounting to the classic tale of two powerful forces sharing a similar goal, but wildly different methods of achieving it. What helps the whole narrative along, however is the ensemble you have traveling alongside you.

Your 5 party members bring levity and emotion to plot points and have a decent amount of depth. Each member has their own personal goals and reasons for joining your cause. They are never solely dependent on you or live to serve at your side. They have come to respect you and after finding your quests to be similar, offer their aid to you. Almost every character has a personality of their own and a dynamic between one another. They bring not just personality to the table, but also their own unique move sets.

However, it did feel that at times certain characters went a little underutilised. Particularly Calilica, the mace wielding striker. She has motivations for being there and is directly involved in the plot. Yet both her unique ability and presence in that narrative felt a little undercooked to me. She’s not alone in this, as Ozma’s unique ability was also few and far between in use compared to the others.

Frantic Combat, With a Dash of Flair

The gameplay of Memories of Celceta is simple and straightforward, Combat amounts to attacks, dashes to evade and guards to block. Timing an evade or guard has some great incentive. A flash evade slows time allowing for a quick counter; while a flash guard replenishes skill points or SP, allowing for more special skills. These skills are what create the wonderfully flashy fight. Each character has their own skills which deal different damage, status effects; and differ in range and area of effect. Across the campaign you will be encountering a plethora of abilities for everyone and by the end you’ll be a walking instrument of death, with moves endemic to Japanese titles.

It should be noted that while relatively straightforward, the game does add a layer of depth to it that is completely optional to the player. You could just pick up and equip a weapon or armour and leave it at that. You also have the option of reinforcing your gear. What this means is a weapon can have status effects applied to it, or armour can be made to have resistances to specific status effects. Thus you can have a sword that deals poison damage over time, along with the ability to freeze an enemy in place for a limited time.

This is great because you can have each party member specialise at a specific status effect. One member might focus on damage, burning and critical hits; while another might excel at freeze, paralyze and poison. You’re not the only ones who can apply status effects, though. The beasts and bosses you battle are more than capable of applying these effects to you. This is where armour reinforcements come into play. You can prepare for an area that you know has poisonous enemies by focusing on that area in crafting.

That Can’t Be It

Unfortunately in Memories of Celceta there’s no real endgame content. You go from beating the main story, to credits, right back to the main menu which prompts you to start a new game plus. While I’m grateful for a NG+, I felt a distinct lack of closure. Both in the inability to go around exploring to get 100% map completion and in the lack of finality to party members’ storylines. It just kind of ends, and Adol is shown to continue his adventure, alone once more. I would have loved to have a quick chat with Duren and the Gang to see what their futures hold. Perhaps at least one last chance to get a pat on the back and a, “Job Well Done.”

One thing to keep in mind is when Memories of Celceta initially released. The game came out in 2012 on the PS Vita and has been remastered for the PS4. This means that visuals will seem a little more dated than some people might expect, but it hardly looks bad. While mostly set in a traditional forest, it does hold some unique locations such as the forest of ash. There are towns to explore, ruins to delve into and caves to clear out. There is also a wide range of monsters to fight, I was seriously astounded by the amount of creatures you come across. They are native to certain parts of the forest or specific caves and many species never appear in more than one location. The monsters and bosses alike have some really cool visual variety and are more than intimidating at times.

I must say I’m a fan of the music in use here. They often have this strange familiarity to them. Like one might have heard in another title or even anime. But I believe that is a symptom of their quality. These are tracks that set the tone without being intrusive or grating. You’ll hear the same song in every town, but it never really gets old, at least in my opinion. I even caught myself whistling or humming along to the soundtrack. Once or twice when I wasn’t even playing the game.

Ys: Memories of Celceta is a great time, it’s got some wildly fun combat, a simple and intuitive crafting system, and a cast of characters that really grow on you. Not to mention a solid runtime of anywhere between 20-30 hours. Perhaps more depending on your play style and difficulty setting. I know I’ll be checking out some more Ys titles in the near future.

Peer pressure: could Lords lead the way on virtual parliament after Covid? | Politics 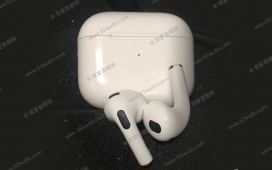