Battle royale titles are two a penny these days. Nearly every shooter has cashed in and fans of the genre can’t get enough of it. The fast-paced action blended with tactical elements keeps you thinking while testing your combat ability. I’ve tried many of these games and my latest one is the cute and addictive Super Animal Royale.

Developed by Pixile Studios and published by Modus Games, this is a 2D top-down royale shooter. Set in a fantasy world, you must cross multiple biomes, avoid your enemies, and collect weapons in this 64 player affair. Following in the footsteps of the much-loved PUBG, players will relish the challenge while enjoying the familiarity.

Rarely do I put shooting games and family-friendly in the same sentence. However, Super Animal Royale is cute, colourful, and ideal for most age groups. There is a high degree of violence, but the lack of blood and cartoon imagery soften the blow. Furthermore, gamers are encouraged to create loveable “Super” animals to take into battle. You are free to customise your hero as much as you wish, and an array of costumes, bodies, and creatures can be created.

Like its peers, the gameplay revolves around the idea of moving to a central location while avoiding the deadly “outer circle”. Super Animal Royale asks you to scavenge an array of items including shotguns, tranquilliser darts, machine guns, grenades, armour, health, and more. You must use whatever you find to defend yourself and kill any of your foes. However, mindlessly killing everyone isn’t wise! A timer ticks down to show when the deadly stink gas is moving, and the circle is shrinking. Therefore, a lack of planning and an aggressive approach will undermine your path to victory.

Standing out in a jam-packed genre isn’t an easy task, and conceptually, Super Animal Royale blends into the background. This isn’t because the action is poor, or the mechanics are badly executed. No, it’s simply that it handles like every other battle royale title on the market. Subsequently, it will sadly be overlooked by hardcore and serious gamers. This is unfortunate, as I really enjoyed what it offers. Moreover, the lobbies are quick to join and the gameplay options are vast.

The developers have done a great job in creating multiple modes. You can play solo, duos, or in a team of four. There are also special events, unlockable items, and a battle pass to work through. Furthermore, boredom isn’t an issue thanks to the daily and weekly quests you must work towards. So, there is a lot to keep you going, but what will make you play this over its peers? Its simplicity and humorous tweaks, that’s what.

The normal dropping into a match from a plane is replaced with a flying Eagle. Players still have to parachute in, but as you soar above the ground, you can see the loot below. This was a nice touch that allowed you to think on the fly. Moreover, traversing the map is a cinch when you leap on an emu or jump in a hamster ball. These hilarious modes of transport are deadly and troublesome. You may peck your opponents to death with an Emu or run them over with the ball. However, using them isn’t plain sailing. Clever gamers can smash your ball, leaving you vulnerable to attack, or kill your emu and you quickly after.

These minor twists to the gameplay may seem like a trivial thing, but they weren’t. By steering away from helicopters and cars, the developers kept things simple. With the action unfolding at a similar pace, it allowed players to create a plan of attack. This ensured that the playing field was always level and that every approach was well-balanced.

I simply adored the art style and visual approach of the developers. The combination of vivid colours, bizarre environments, and whimsical characters will keep you engaged. Furthermore, the movement is fluid and the player models retain a high level of detail. However, it has a fundamentally simple style, and this was a great choice. The servers are never overloaded by demand and I didn’t experience any issues whatsoever.

Though the character customisation had no bearing on the gameplay, it was key. As you level up your avatar, you can create Super creatures. These special options show the community your dedication and skills. It’s a small thing, but shooters are all about bragging rights!

When you jump into a familiar genre, it’s hard to ignore the deja vu feelings. Sadly, Super Animal Royale’s audio lacks a unique edge. Subsequently, I was left wanting more. Every element is serviceable, but it won’t wow you. The music is fun and has a high-energy and aggressive finish. Also, the sound effects are loud, in your face, and match the action. However, it’s nothing new and will remind you of other battle royale titles.

I was amazed at how easy it was to pick it up and play. The well designed and responsive controls ensure you can jump straight into the action. I loved its user-friendly approach, and this maximised its family-friendly gameplay. Within one match, you’ll be slicing, shooting, rolling, and pecking with ease.

See also  Paramount Plus: Everything to know about CBS All Access' revamp

Shooters are renowned for their replay value, and this is multiplied exponentially in battle royale titles. The sense of “just one more go” is immediately felt, and you’ll lose hours in its addictive ways. With multiple quests to complete, a battle pass to finish, and many custom options, there’s plenty to do. Furthermore, its small but challenging achievement list will test you!

Super Animal Royale is an adorable addition to the genre.

Hardcore gamers look away now, as this adorable title is a fantastic addition to the genre. Super Animal Royale is fast, fun, and addictive, and is worthy of your time. It’s free to play and has a great and well-established community. I loved it and recommend you to try it here! Create the Super animal of your dreams and win every match you play. 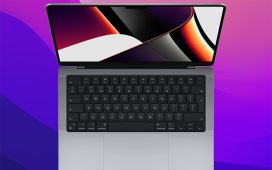 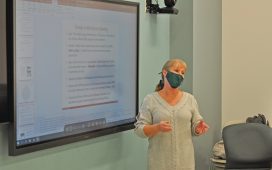 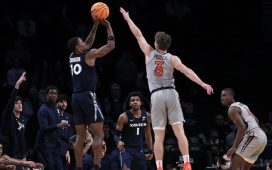 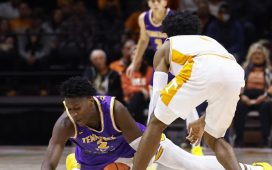