Put down your gamepad and pick up your sword, Samurai, we’ve got a castle to burn. Back from a 7-year absence the hack and slash Samurai Warriors mainline series returns with a 5th entry, with an all- new story and new character designs.

SW5 follows Lord Nobunaga Oda and his clan on their quest to unify the warring states of Japan, spanning from the end of the Ōnin War to the Honnōji incident providing a more in-depth look than previous games at the events and relationship with Mitsuhide Akechi that lead to Nobunaga’s downfall.

With an anime art style accentuated by sumi-e Japanese painting highlights and a soundtrack containing traditional instruments paired with modern guitars, this title does everything to make the historical events as entertaining as possible while keeping the overall details accurate. There are only so many ways to tell the most told story in Japan, so there are some liberties taken especially with the over-the-top Hollywood-like ending when in real-life it was more like an anticlimactic betrayal, the motivation of which is shrouded in mystery due to Mitsuhide’s own demise not long after.

Plowing through your enemies on large castle battlefields takes place seemingly in real-time with constantly changing objectives giving the standard ‘mow down everything’ gameplay style a realistic twist with a boatload of tension and unpredictability. The size of the opposing armies gives it a great feeling of scale, and the many different mini battles dotted around the map feel like a small dramatic movies happening all around you, especially as you are constantly communicated to about the shifting and updating battle from your allies.

Spiking your enemies in a gloriously overpowered game of human volleyball is done with two different characters – a main and a partner – to achieve the chapter objectives. It’s a great system where different fighting styles can be combined to defeat enemies while also effectively acting as a fast travel across a map as you can assign your partner to attack other targets. Alternatively you can dash across the map on horseback after receiving a desperate call from friends (presumably on their 1600s smartphones) and this allows you to see the tide of the battle change in front of your eyes. Despite you being the lynchpin in all the proceedings, it makes it feel like you are a small pawn on a very large and well-produced chessboard, and it exudes awesomeness.

The action itself is loose and free flowing but rather than being a downside, in comparison to more polished articles in Nier Automata and Devil May Cry 5 for example, it allows for the quick mowing down of small armies as you can more easily adjust your attacks. The only issue you might encounter is the camera which is entirely manual, apart from a not-so-great lock-on feature, and can lose track of the action that occasionally moves behind the camera. Some may call the action ‘rough around the edges’ with less than smooth horse riding animation, and enemies falling through walls or popping up as you approach them, but like an all you can eat action buffet that gets more delicious the more you have, you’ll likely be enjoying yourself far too much to care.

Facilitating this are 37 playable characters with skill trees, relationship meters that unlock cutscenes and 14 different upgradeable weapon types such as swords, spears and even a drum. The traditional harbingers of death are all well and good, but the less conventional ones are my favourites such as a tiny drum and the bow and arrow – the latter of which I’ve always wanted a video game to morph me into Legolas from the Lord of the Rings movies and I’ve been let down ever since – until now. Nō, Nobunaga Oda’s wife, has a kick-ass bow that really lets loose with some epic combos at great speed making me feel like an Elf in a kimono and satisfying me to no end.

The upgrade system for the characters and their weapons is addictive but it’s locked behind a ‘my castle’ system that has a blacksmith, a dojo, a horse stables and a shop that all need upgrading in order to further upgrade your characters. This means that you are forced to play a secondary defend the castle mode – Citadel Mode – but it doesn’t have the same allure as the story and perhaps more could have been done to differentiate it in terms of gameplay. An explorable castle showing the cool details teased in background of the game’s maps would have been nice to delve into.

Normally I would say that most Japanese games don’t need a dubbed audio, but unfortunately, the lack of an English track affects the flow of your battles somewhat as you receive updates from your allies in Japanese and English subtitles, meaning that for you to understand what’s going on, you’ll need to divert your attention from the fight. It’s not always an issue as updates will sometimes come after you’ve defeated your foes in that area, but receiving them during the action is not exactly optimal. The soundtrack on the other hand salvages the audio presentation somewhat with addictive tracks peppered throughout and makes visiting the soundtrack feature in ‘the vault’ a pleasure rather than it simply making up the numbers.

Despite covering a shorter period in history – the previous games also covered the Toyotomi and Tokugawa shogun reigns – there is a lot of replay value in the story mode. Not only do completed missions allow you to replay missions with characters non-story related in a ‘Free Mode’, but it took me 16 hours to complete the 6 chapters of the main story, and I only completed 22% of the total objectives. Beyond that there are the 6 chapters of Mitsuhide Akechi’s story and a ‘What if’ section, so there is a great deal of content for those wishing to delve more into the game.

And if, after all that, the single player experience isn’t your thing then you could always try the local co-op or online modes for some full-scale warfare.

Samurai Warriors 5 may not be winning any awards, but Koei Tecmo and Omega Force have more than done themselves justice here with its basic action formula tremendous fun in short bursts and the over-the-top hack and slash battles playing out like small cinematic war dramas. The reimagining of Japan’s most famous struggle is also now more palatable to newer audiences with its revamped visual style blending perfectly with the action and representing a good time for all that give it a shot. 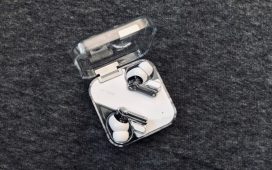 Nothing Ear (1) review: Much ado about Nothing 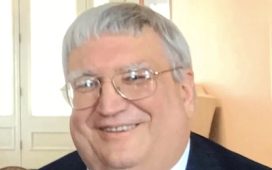 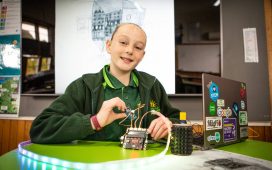 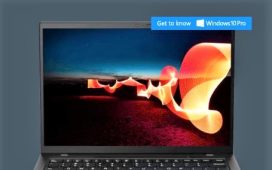 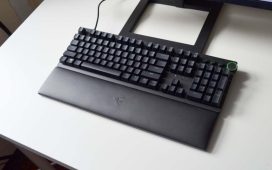 How to lock your Facebook profile on Android and iPhone

Sturgeon slammed for trying to ‘outshine’ PM: ‘Gap between what she says and does!’ | Science | News

BMW’s vision for sustainable cars: Do more with less