Nippon Ichi Software, most well known for the hugely popular Disgaea series of strategy RPGs, has released a new collection; re-casting the spotlight on two of their less well known titles.

The first volume of the NIS classics collection contains Phantom Brave and Soul Nomad & The World Eaters, two strategy RPGs with 60+ hours of content (hundreds, for our completionist friends).

Released in 2004 and 2007 respectively, these two titles certainly have a lot of content on offer. But, is there enough on offer here to justify the full priced collection? And what changes have been made to these games – originally released on the Playstation 2 – to reach modern standards?

Were these ‘classic’ games even worth revisiting in the first place? Let’s discuss.

A tale of two titles:

Phantom Brave was one of the first Nippon Ichi titles to reach the West, whilst Soul Nomad came out to a much more lukewarm reception a few years later.

You can immediately see why this is: Phantom Brave is a far more conventional affair, with a familiar bright and colourful JRPG aesthetic – where every character has either a bright green or purple hairdo – and the idyllic tropical island home of our main protagonist, Marona.

On the other hand, the darker palette employed in Soul Nomad feels more like something from a WRPG, with the much more gloomy tone distinguishing itself from familiar titles – as does your team-up with Gig, the malevolent spirit who summoned the threatening World Eaters in the first place.

Where Phantom Brave received a sizable amount of releases on different platforms – and subsequent additional content to boot – Soul Nomad finally has the chance here to make a stronger second impression.

It is safe to say that this collection does offer two very complex and worthwhile tactical RPGs to sink countless hours into.

For those new to the genre – or just generally looking for a more structured experience – Phantom Brave provides a more accessible experience. You play as Marona, a young orphaned girl who has the ability to see and manipulate ghost-like phantoms. Unfortunately, this has led to Marona being deemed an outcast by society.

Thankfully Marona has Ash, a Phantom who was saved by her now deceased parents. Their bond carries the adventure, with good writing and voice acting adding plenty of humour.

The story itself isn’t anything new to JRPG fans, with the usual great evil rising to destroy peace. However, the characters managed to keep me engaged, along with the relatively straightforward mission structure.

Soul Nomad on the other hand, has you playing the role of silent protagonist (who can be male or female). At the start of the game, you receive a black sword which happens to house Gig: an ancient evil spirit, who subsequently attempts to take over your body. Funnily enough, Gig was the original creator of the World Eaters – yes, the exact beings that you are quested to take out.

You form a bond with Gig, which creates a fun gambit element to the game. By using more of Gigs power, you increase your chances at defeating the World Eaters, but at the same time, there is greater  risk that you will lose yourself entirely to Gig.

Soul Nomad is a far less straightforward narrative experience, when compared with the largely linear Phantom Brave. You could, if you wanted, immediately give into Gig’s power at the start of the game. There are a few different endings that you can get, and paths to explore, depending on how much you choose to involve Gig in the narrative. I really enjoyed this structure.

The contrast between the games is definitely a strength of the collection. Narratively speaking, both these games felt distinct and enjoyable, in their own way.

Stories get the thumbs up from me, but how about the gameplay?

… is probably the most apt description for both games’ combat systems.

Again, both systems feel fairly distinct from one another.

Phantom Brave feels decidedly more classic RPG. The usual turn-based affair is altered in an interesting way, however, as Marona is the main conductor of combat. You are also not tied to a strict grid, unlike in Disgaea.

Marona has the ability to summon the phantoms, who will fight on her behalf. This includes Ash. To add the Phantoms to the field, you bind them to various environmental objects, which will affect the characters stats in interesting ways. For example, binding a character to a flower will increase their spellcasting, which, whilst not great for a warrior, might benefit a healer or mage archetype.

Challenge comes in a variety of ways. Phantoms only have a set amount of turns that they can remain on the field, and with a limit on the number of Phantoms, there is a lot to consider when using Marona.

Tutorials do well to alleviate some of the combats complexity, but this is a thoughtful system that will punish you if you rush in without considering each move; as I learnt early on when I struggled to deal with an enemy tethered to a healing tree.

Soul Nomad has you creating and controlling different units (think somewhat akin to Fire Emblem), which you house in different rooms. Position of each unit is important within the room, as it will determine how each troop behaves and there are a number of different combos to consider.

These units deploy like an army on the game’s grid system, and when you attack, each of the soldiers within the unit will attack all at once. Rooms can also be used to increase stats and provide buffs by using  different trinkets.

There is definitely more pre-battle prep required in Soul Nomad, but again, it provides a rewarding combat experience that can be explored deeply (for some crazy damage numbers).

Overall, much like the narratives, both games in this collection offer fun tactical gameplay, with their own quirks and equally deep systems.

After reviewing the story and gameplay, I must say I am impressed with how well both these games hold up to modern standards. The voice acting and the writing for the main characters is very good and the gameplay is fun and stays interesting.

Sadly, there are some elements of these games that really show their age.

The character sprites, whilst delightfully designed and generally okay in handheld (not good, by modern standards), become extremely blurry in docked mode. This is especially evident with Soul Nomad: you can see that this game hasn’t been touched since the PS2 days.

Also, I mentioned before that the voice acting is generally good for the main cast. Well for side characters, and other less important dialogue, both games suffer from some hilariously bad performances. This isn’t to say that on the whole the voice acting is bad; just widely inconsistent.

These were both clearly well made games at the time, but it is clear that, throughout this collection, both games have largely remained untouched. Phantom Brave fairs a bit better – due to the later releases on other platforms – but the extent to which this collection offers a ‘remaster’ of these games is minimal. I think for the price of the collection, I would have expected more work to have been done to improve both games’ overall visual presentation.

That is just a word of warning; if you’re hoping for two games that will feel at all modern, then this collection may not be for you.

However, what you will get is two very solid – and distinct – games. I genuinely enjoyed playing both Phantom Brave and Soul Nomad, and found the characters in each game to be especially interesting! 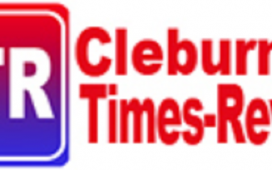 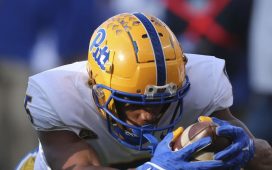 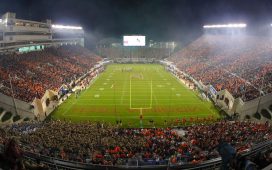 how improved are the new games? • Eurogamer.net