If you ever questioned what a Yakuza/ Ace Attorney crossover might look like, Judgement may just be the answer – that leaves you with a whole lot more questions.

Brought to you by Ryu Ga Gotoku studio, most known for the brutal and eccentric Yakuza series, Judgement is a spin-off title that shares both some similarities – as well as some very noticeable differences – with the beloved mainline franchise.

Does Judgement do enough to carve out its own unique identity within the wide Yakuza tapestry? Let’s find out.

For anyone who has played even one Yakuza game, you will know that the idea of Kamurocho taking centre stage for a more grounded, realistic episode, sounds downright ridiculous. The Yakuza series is brilliant. It excels in many areas. Great combat; unique and compelling characters; along with an entertaining, densely packed open-world provide the formula to this series increasing popularity and undeniable success.

A cohesive, coherent and grounded story, though? Aside from the absolutely brilliant prequel in Yakuza 0, such traits are rarely found in a Yakuza script. Judgement, however, proves to be the exception.

The game follows former lawyer, Takayuki Yagami, who now works as a freelance detective in the fictional Tokyo district of Kamurocho. Unsurprisingly, given the nature of Yagami’s work and the infamous setting, he soon finds himself on the trail of an elusive serial killer.

Yagami is a complex character, written with far more nuance than most video game protagonists, let alone in the Yakuza series. His ‘modest’ apartment, lackadaisical attitude and questionable Yakuza connections are often contrasted with his past as a lawyer. The dichotomy between Yagami’s past and present is intriguing, and without spoiling anything, the game does a great job of hinting at future plot points.

The supporting cast of characters is also written with the same level of care and sophistication. Small-time Yakuza clan captain, Kyohei Hamura, makes for a compelling antagonist; whose intentions are not quite as straightforward as your typical villain. Kaito, Yagami’s best friend and partner, is such a loveable character who would fit in any Yakuza game. And Issei Hoshino, the young, idealistic defense attorney acts as a great counterweight to the jaded Yagami.

I am leaving out so many other great characters, intentionally. The cast across the board is excellent; the way they interact with one another, as well as the story, is just delightful.

In true Yakuza fashion, there are a few big twists, but they mostly feel like earned, rewarding revelations(no, not those revelations). This is because the story is so well thought-out, and the many mysteries that this game presents all lead to satisfying conclusions. The unravelling of who is behind the killings is the obvious highlight, but I also enjoyed finding out more about each of the characters – especially Yagami – and the many subplots that drive them.

From a narrative point of view, Judgement is simply outstanding. Whilst the game shares the same universe as Yakuza, the story is welcoming to newcomers and series vets alike. The characters are loveable, hateable, relatable and the writing regularly retains such a high standard.

Of course, this isn’t a picture novel. This wouldn’t be a good video game review if I didn’t actually speak about the gameplay.

So, beyond the fantastic story and excellent cast of characters, does Judgement do enough to keep players interested for the 50+ hours of content available?

… no, this is definitely not my ideal Friday night.

If the story in Judgement does its best to distance itself from the outlandish scripts of Yakuza past, then the gameplay exists to remind the player that this is still very much a ‘Yakuza’ title.

As mentioned, Kamurocho once again takes centre stage; providing a familiar fun-fair of minigames and odd quests, with a couple of new attractions along the way.

You can still visit the arcade, play various different card games and endure the challenging baseball minigame(that someone still seems to like at SEGA). There are also two new minigames exclusive to Judgement.

Paradise VR – a dice and cube game where Yagami moves across a virtual world – provides an opportunity for some tough fights, a variety of rewards and some mild frustration. I’ll admit, it is a fairly sizable minigame, but I found the novelty did not last long. Especially frustrating was the fact that a number of key combat upgrades were locked behind this minigame.

The second new addition is the Drone racing league, where, you guessed it, you race drones as you look to ascend the league ranks. I enjoyed customising my drone and the races were fun enough. Not my favourite Yakuza minigame, but a solid addition.

Oh, you can also play pinball(it is ok).

Combat is unsurprisingly a highlight. Building upon the Dragon engine system started in Yakuza 6, Judgement’s combat is especially stylish, with Yagami’s ability to jump off walls and perform various Kung-Fu like strikes a far cry from the raw power based moveset iconic to series lead, Kazuma Kiryu.

Yagami has two combat styles: Crane and Tiger. Crane is a far-reaching, elegant style focused on fighting multiple groups of enemies. Tiger, on the other hand, is a heavier, less flashy, more punchy style, that is better for 1v1 encounters. Each style has their own unique ‘heat moves’ – a staple of the Yakuza series, and as the game progresses, you can unlock both passive upgrades , new moves and heat actions for each style.

Unfortunately, the Crane style feels incredibly underdeveloped, so much so, that I found myself using Tiger style for the majority of fights. It is just better. It was almost like the developers knew this, as nearly all of the significant combat upgrades are centred around the Tiger style. This is disappointing, as whilst the core combat system is very good, there is a lack of depth that is exacerbated across the 50+ hour playthrough.

An aspect I really enjoyed about Judgement was the new ‘friendship’ system. Through completing different side missions, as well as other openworld activities, Yagami will begin to form friendships with the different, ever-so eccentric residents of Kamurocho. Not only does this system add even greater importance to the already solid side missions, but it also offers very unique gameplay incentives.

For example, certain friends will provide situational support in combat(depending on where you’re fighting on the map), with frequently hilarious results.

The side missions themselves are full of the usual Yakuza mix of weird, wacky and surprisingly poignant tales that add a distinct sense of character to the open world. I especially enjoyed missions that would encourage Yagami to use his detective or legal skills. One particular side quest involving an eaten cake was both hilarious and intriguing. There is also a dating element to the game, but it is relatively simple.

I do wish that the ‘detective’ elements of the gameplay were more engaging. The investigating of crime scenes is serviceable, but tailing missions are just as bad as they have ever been. And sadly, there are quite a few of them.

That being said, as an overall package Judgement offers enough gameplay variety to keep the player engaged throughout the 50+ hour play through. Whilst some ideas are half-baked and poorly implemented, highlights such as the excellent side ‘cases’, friendship system and solid combat do enough to keep the gameplay experience regularly entertaining.

Is it worth it?

Judgement offers a gripping, well-written story, supported by a fantastic cast of characters, and plenty of gameplay variety. Not to mention, it acts as a great entry point into the weird, wonderful world of Yakuza.

A strong recommendation from me. 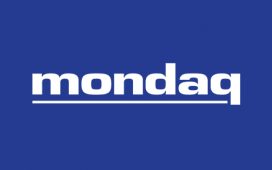 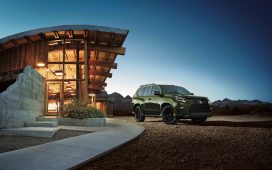 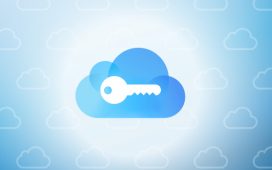 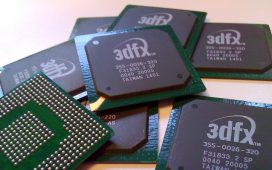 I Wrote the First Full Review of the Voodoo 5 6000. 3dfx Isn’t Coming Back 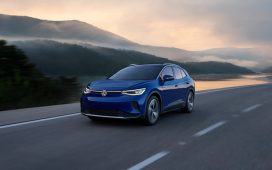