Dell XPS has long served as a go-to destination for high-quality turnkey systems. In the laptop arena, XPS stands alongside the likes of Lenovo ThinkPad and HP EliteBook as a premium solution known to deliver in terms of style, build quality and latest-generation tech.

Maintaining pace with current developments has helped keep XPS at the fore, and a frequently refreshed portfolio gives fans a chance to get their hands on the best the industry has to offer. Want a taste of Intel’s latest Tiger Lake CPU architecture? Dell has you covered with a range of systems including the refreshed XPS 13 2-in-1, priced from £1,399 and in for review today. 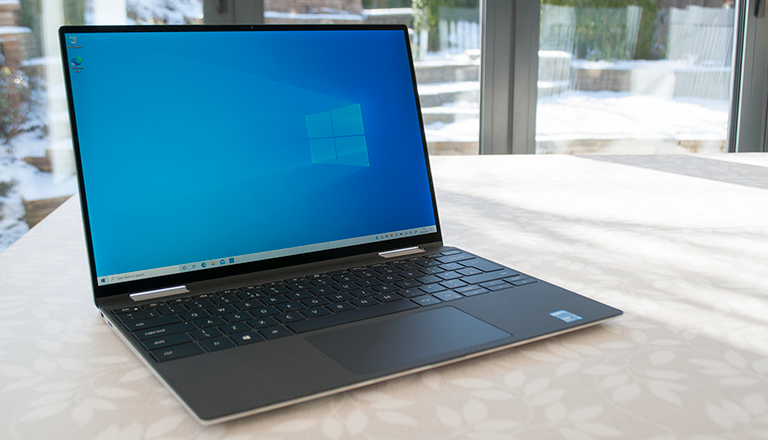 Right from the off the laptop conveys a premium look and feel with a robust chassis that’s luxurious to the touch. Dimensions of 297mm x 207mm x 14.4mm are well within the remit of ultra-portable, as is the 1.3kg weight, and despite being a 360° convertible, Dell’s variable-torque hinge does a fine job of holding the 13.4in display in situ with little unwanted wobble. Everything feels tightly knitted together – the aluminium body exhibits good rigidity throughout – and the contrast between silver display lid and black carbon fibre palm rest works really well.

It is such a beautifully built piece of kit that it is almost with regret that we identify our first shortcoming; the edge-to-edge MagLev keyboard isn’t particularly enjoyable. We’ve no qualms with layout, and the keys themselves are both well-sized and backlit, yet there’s very little in the way of travel and it has been a while since we last used a keyboard as shallow as this. Dell trumpets a design that is “24 per cent thinner than a standard keyboard,” yet we don’t view that as a positive. Those who employ a laptop primarily for browsing or multimedia may not be perturbed, yet as a user who spends a lot of time typing, the XPS 13 2-in-1 ultimately isn’t as comfortable as recently reviewed competitors such as the HP EliteBook 840 G7 and Lenovo ThinkPad T14s. 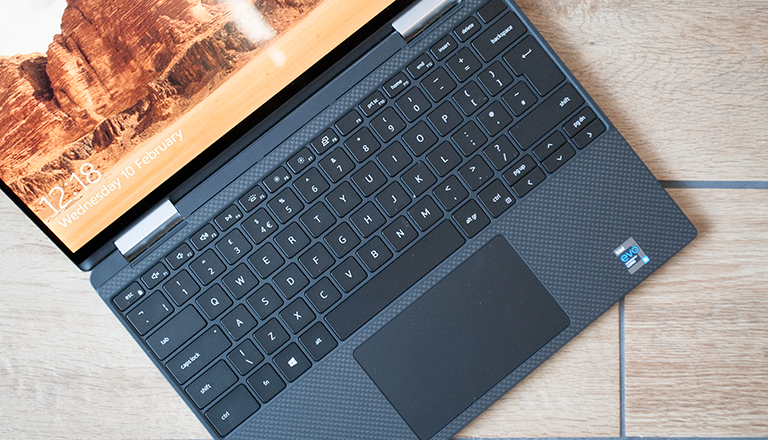 The depthless, hollow-feeling keyboard is unfortunate as the system excels in most other regards. Dell’s good-sized trackpad is quiet, accurate and responsive, downward-firing stereo speakers are louder and more competent than the form factor would suggest, and the pièce de résistance is a 16:10 FHD+ display. We’ve been crying out for taller laptop displays ever since Microsoft’s Surface adopted a 3:2 ratio, and 16:10, the next best thing, is now starting to break through to the mainstream.

XPS 13 2-in-1’s default panel provides a 1,920×1,200 resolution, 100 per cent sRGB colour coverage, excellent viewing angles and over 500-nit brightness that bodes well for visibility in all scenarios. It is a highly likeable display, and as a touchscreen works reasonably well as a tablet, too. It’s certainly handy to have the option to switch between laptop, tablet and tent mode, and 16:10 is a marked improvement over 16:9 when displaying content in portrait orientation. Given the versatility, it’s a shame Dell doesn’t include a pen/stylus as part of the bundle. 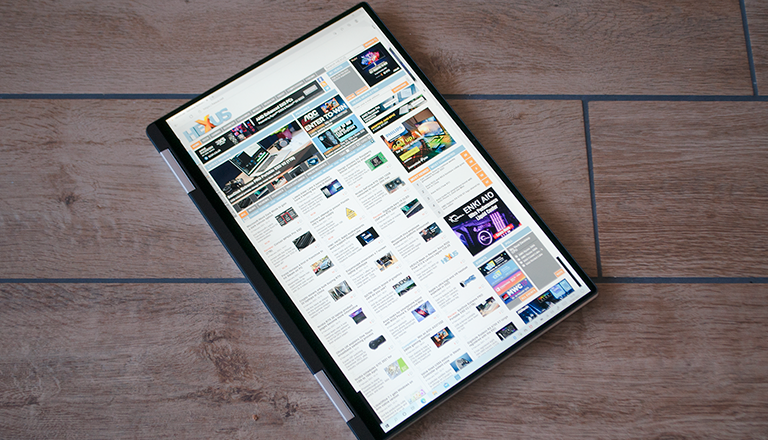 What’s under the hood is of equal interest as the XPS 13 2-in-1 is the first laptop on our test bench to feature an 11th Gen Intel Tiger Lake processor. Specifically, our entry-level review unit comes equipped with a quad-core, octo-thread Core i5-1135G7 chip that can reach speeds of up to 4.2GHz and carries updated Intel Iris Xe onboard graphics. Said chip is paired to 8GB of soldered LPDDR4-4266 memory, a 256GB Kioxia BG4 M.2 SSD takes care of storage duties, and a Killer AX1650s provides Wi-Fi 6 connectivity.

Speaking of connectivity, this is one area in which the 2-in-1’s thin chassis shows inevitable limitations. I/O is restricted to just the four ports; two forward-looking Thunderbolt 4 Type-C, a microSD card slot and a 3.5mm headphone jack. Granted, each Thunderbolt 4 offers good flexibility with 40Gbps bidirectional bandwidth, power delivery, DisplayPort and support for upcoming USB 4, yet with one port having to double as the connector for the small 45W power supply, there’s not a lot left. 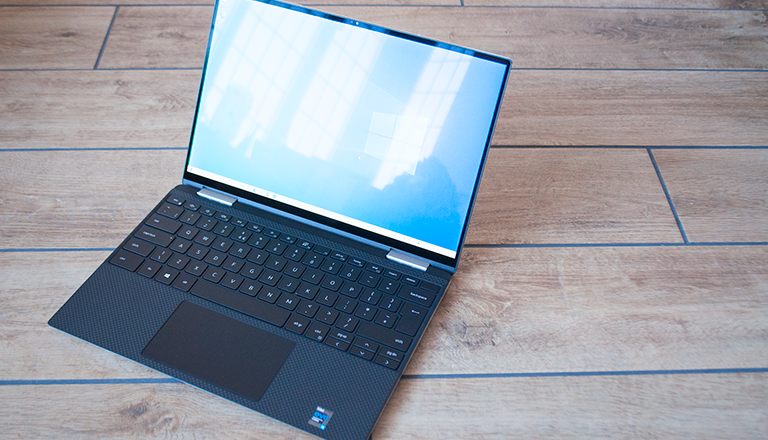 Dell does help ease the transition from older peripherals by including a Type-C to Type-A adapter in the box, and while the display bezels are nice and slim, there’s just enough room to shoehorn a webcam and IR sensors above the panel for face recognition. The webcam itself is limited to 720p and misses a privacy shutter, yet there’s enough here for the XPS 13 2-in-1 to qualify for the Intel Evo Platform, whose badge signifies 11th Gen performance, Iris Xe graphics, Wi-Fi 6, Thunderbolt 4, over nine hours of battery life and ‘razor-thin bezels,’ among other things.

Readers enticed by the XPS 13 package should also examine Dell’s broader portfolio. Though our 2-in-1 review unit starts at £1,399, current promotions are such that the next model up, with Core i7-1165G7 processor, double the RAM and double the storage, can be had for £1,449, representing a much better deal. Last but not least, if the convertible 2-in-1 form factor isn’t a necessity, the regular non-touch clamshell XPS 13, with 16:10 display, starts at a more tempting £1,119.

READ  Our Review Of Samsung Galaxy Buds Pro
Share on FacebookShare on TwitterShare on LinkedInShare on Reddit
techregisterFebruary 16, 2021