Each week, The Daily’s Science & Tech section produces a roundup of the most exciting and influential research happening on campus or otherwise related to Stanford. Here’s our digest for the week of Sept 13 – Sept 19.

“We have the ability to build technologies into the physical spaces where health care is delivered to help cut the rate of fatal errors that occur today due to the sheer volume of patients and the complexity of their care,” medicine professor Arnold Milstein told Stanford Engineering News.

Ambient intelligence, a subcategory within artificial intelligence, aims to assist people in day-to-day activities, such as in “smart” homes, vehicles or hospitals.

The findings suggest that utilizing “ambient intelligence” in healthcare can provide a variety of functions including alerting healthcare professionals and visitors to sanitize their hands if they didn’t when initially entering a patient room. AI sensors can also monitor patients to identify when life-saving interventions are necessary.

“We are in a foot race with the complexity of bedside care,” Milstein said. “By one recent count, clinicians in a hospital’s neonatal intensive care unit took 600 bedside actions, per patient, per day. Without technology assistance, perfect execution of this volume of complex actions is well beyond what is reasonable to expect of even the most conscientious clinical teams.”

The brain circuitry of psychological dissociation has been identified, according to a study published on Sept. 16 in “Nature.” Dissociation, which affects 2 to 10% of the population, may occur in individuals who have experienced a traumatic event.

“This state often manifests as the perception of being on the outside looking in at the cockpit of the plane that’s your body or mind — and what you’re seeing you just don’t consider to be yourself,” psychiatry and behavioral sciences professor Karl Deisseroth Ph.D. ’98 M.D. ’00 told Stanford Medicine News.

The findings suggested that a particular ion channel protein is implicated in creating the feeling of dissociation when observing patients and mice. This research can be used to develop improved therapeutics for PTSD, borderline personality disorder or epilepsy.

“This study has identified brain circuitry that plays a role in a well-defined subjective experience,” Deisseroth said. “Beyond its potential medical implications, it gets at the question, ‘What is the self?’ That’s a big one in law and literature, and important even for our own introspections.”

“I think our research highlights that the ability to watch the behaviors of cellular machines within living organisms can reveal unexpectedly elegant ways that individual cells cooperate to build tissues,” biology postdoctoral researcher Andrew Muroyama told Stanford News. “You might think that something as fundamental as cell division would be completely solved by now but there is still so much to learn.”

The findings suggest that a protein assists in directing the nuclei of plant cells in the intended direction when cells undergo division. After, the nuclei position influences the patterns of stem cell divisions, which creates small pores on the leaf surface called stomata.

“Looking back 10 years at what we thought was important for a stem cell, we’ve pretty much proven ourselves wrong,” biology professor Dominique Bergmann told Stanford News. “We were so focused on the details of what one stem cell did at a specific time and place. Now we understand that history and community matter. We have to look at the stem cell and its mother and grandmother and its neighbors.” 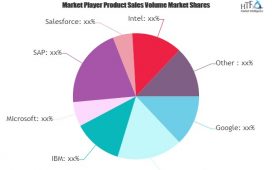 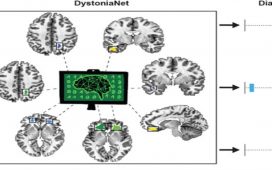 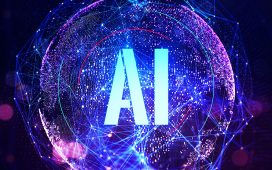 Transport for Wales rail services to be nationalised

Big Tech needs to get on board over security concerns