Reid Hoffman and Mark Pincus On What Makes Their SPAC Different


Good morning. (Was this email forwarded to you? Sign up here.)

In a crowded field of blank-check companies, Reid Hoffman and Mark Pincus think that their special purpose acquisition company, or SPAC, is particularly special. Their company, Reinvent Technology Partners, raised $600 million in an I.P.O. and started trading yesterday, posting one of the biggest one-day share price gains of any SPAC so far this year. That suggests that investors see promise in their approach, well before their vehicle finds a target company to merge with.

It also helps that the duo are Silicon Valley royalty: Mr. Hoffman co-founded LinkedIn and is a respected venture capitalist, while Mr. Pincus founded the game maker Zynga. Both are sought-after mentors among the tech set. They spoke with Andrew about how SPACs differ, and in some cases, complement, traditional I.P.O.s, venture capital, private equity and all the other ways that companies can raise money these days.

On whether SPACs are a rebuke of traditional I.P.O.s:

While some SPAC founders, like Chamath Palihapitiya, have made that argument, Mr. Hoffman played down the idea. “I think marketing against I.P.O.s is wrong,” he said, noting that a SPAC lists on the public markets through … an I.P.O.

On whether SPACs compete with venture capital or private equity:

Mr. Pincus described SPACs as “venture at scale,” letting companies go public in close partnership with experienced growth investors. The “scale” comes from SPAC founders pushing the companies they merge with to maintain a venture mind-set even after they list. “There’s an interesting entry point into a company at the point they’re going public,” Mr. Pincus said, “to help them think, ‘How do you go from $1 billion to $10 billion in revenues? How do you 10X and 100X your business long after you’re public?’”

On the future of SPACs:

Mr. Pincus is thinking big. “Maybe the next beauty contest for an Airbnb, before they go public, there is somebody saying, ‘Hey, we’re going to invest in you now, and be on your board,’ ” Mr. Pincus said. “I believe it’s more compelling to say to the next Brian Chesky, ‘Look, I’m going to be in the trenches with you. I’m not getting out. You’re not going to be here alone holding the keys.’ ” (A reminder: Airbnb was courted by Bill Ackman’s SPAC — and rejected the offer.)

Elizabeth Warren dismissed the Business Roundtable’s new focus on stakeholders as a “stunt.” In a letter to the trade group, which represents top American C.E.O.s, the senator said (in 11 pages, with 59 footnotes) that companies failed to provide “any evidence of a change in behavior” to support their pledge to focus on more than shareholders.

Moderna and Pfizer unveiled their Covid-19 vaccine road maps. The highly unusual move — clinical trials are usually shrouded in secrecy — is meant to instill confidence about the safety of their treatments. Relatedly, here’s why distributing vaccines will be really hard.

British scientists are proposing a second pandemic lockdown. The Financial Times reports that scientific advisers to the government have recommended shutting down businesses and schools for two weeks next month in an effort to reverse a climbing infection rate. Prime Minister Boris Johnson has publicly opposed such a move.

Amazon is a lucrative U.S.P.S. customer. Records obtained by the nonpartisan watchdog American Oversight revealed that the e-commerce giant accounted for 30 percent of the Postal Service’s volume in its most recent fiscal year, generating around $3.9 billion in revenue and $1.6 billion in profit for the agency. That contradicts President Trump’s assertions that Amazon is responsible for the agency’s financial woes.

Citigroup suspended an I.T. employee who ran a prominent QAnon website. The firm said it had placed the worker, Jason Gelinas, on paid leave after he was revealed as the operator of a popular site that hosted content about the conspiracy theory. Citi said it acted because he hadn’t received approval to run the site, from which he earned over $3,000 a month.

The latest on the TikTok talks

The Treasury Department and ByteDance, the Chinese owner of TikTok, have a deal in principle to change the video app’s ownership to satisfy the Trump administration’s national security concerns. More details are emerging — but some big questions remain unanswered, as President Trump is expected to decide on the deal’s fate as soon as today.

Here’s what we know:

• Walmart and Oracle are involved, with each set to take stakes in TikTok when it’s spun out of ByteDance. Walmart’s C.E.O., Doug McMillon, would take a seat on TikTok’s board — which would reportedly consist only of U.S. citizens.

• TikTok would go public on a U.S. stock market about a year after the deal closes, which is meant to further demonstrate the company’s independence from China. (ByteDance had always intended to take TikTok public in the U.S., a source told DealBook.) The Times adds that the I.P.O. plans aren’t a formal part of the deal.

• TikTok’s future C.E.O. could be another Kevin. Among the candidates the company has interviewed to replace Kevin Mayer, who resigned last month, is Kevin Systrom, the Instagram co-founder who left Facebook in 2018, The Times reports.

Here’s what we don’t know:

• Who will control TikTok? News reports differ on who would hold a majority stake in the app: ByteDance or the consortium of American investors. The answer could determine whether Mr. Trump approves the proposal.

• Will Beijing be satisfied? The deal would allow ByteDance to keep control over the algorithms that power TikTok, a major demand by China, but it would give Oracle power to review that code. It’s unclear how Chinese regulators would view that concession to the U.S.

Here’s what comes next:

• Fights over other Chinese tech businesses are brewing. The Trump administration’s effort to ban many interactions with WeChat in the U.S. may be temporarily blocked by a federal judge. Meanwhile, the administration is reportedly scrutinizing investments in American gaming companies by the Chinese tech giant Tencent, according to Bloomberg.

Some of the academic research that caught our eye this week, summarized in one sentence:

• The unemployed get worse sleep than people with jobs, and that may make it harder for them to find work. (David Blanchflower and Alex Bryson)

• What will happen to company culture when the pandemic reduces the value of “exploration and creativity” in favor of “safety and resilience”? (André Spicer)

More firms face a rocky return to the office

As more companies bring employees back to their offices, we said earlier this week that it wasn’t just JPMorgan Chase that would have to deal with sending workers home after positive Covid-19 tests. And so it goes:

• Two workers at Goldman Sachs tested positive in recent weeks, The Times reports. One works in a revenue-producing business, while the other is in the back office, and they sit on different floors of the bank’s downtown Manhattan headquarters. The firm believes both contracted the virus outside of the office.

It puts a spotlight on what firms are doing about coronavirus testing. For instance, we’ve learned that Goldman is working with two companies — Sterling, a portfolio company of the firm’s merchant bank, and Vault — to perform rapid tests at a site behind its Manhattan headquarters. And JPMorgan is distributing home-testing kits to U.K. employees who show symptoms.

There are other factors that companies need to take into account. The Times notes that cities that are home to Big Ten universities are worried about the college football conference’s plans to start games soon. A potential rise in infections complicates return-to-office plans in those places, among other moves to reopen local economies.

💥 “I think the word ‘unprecedented’ gets way overused this year, 2020, and you use the figure of speech ‘earth shattering,’ which I don’t actually think we can use in 2020 because it might actually literally happen.” — Paul Jacobson, C.F.O. of Delta Air Lines

🌯 “Our portion sizes are much more consistent because there’s not somebody pointing at every single pan and … the crew will see just the way that a customer is looking at them and think, ‘Oh, I better put another scoop in.’ ” — Jack Hartung, Chipotle’s C.F.O., on the benefits of online versus in-person orders

🍩 “A lot of our early morning traffic that used to be in that 6 to 9 a.m. window for us has really shifted into that 10 to 2 or 10 to 1. People are coming out a little later. Maybe they need a break from their Zoom.” — Kate Jaspon, C.F.O. of Dunkin’ Brands

Weekend reading: The ‘Consultant State’ versus the ‘Deep State’

A fascinating report in Vanity Fair lays out how Jared Kushner, the White House official and President Trump’s son-in-law, tried to introduce private-sector tactics into the government’s efforts to combat the coronavirus. He reportedly relied on consultant-minded staff members who approach the task more like a venture capital firm than a civil service, with mixed results. An excerpt:

One attendee explained to Kushner that due to the finite supply of PPE, Americans were bidding against each other and driving prices up. To solve that, businesses eager to help were looking to the federal government for leadership and direction. “Free markets will solve this,” Kushner said dismissively. “That is not the role of government.”

• Uber is reportedly planning to sell part of its $6.3 billion stake in Didi Chuxing, its onetime ride-hailing competitor in China. (Bloomberg)

• SoftBank will sell Brightstar, a U.S. cellphone distributor, to a former executive as part of its plan to shed billions in assets. (Reuters)

• President Trump will give $14 billion in new aid to pandemic-stricken farmers. (NYT)

• Democratic lawmakers in New Jersey agreed on a plan to raise taxes on individuals who earn between $1 million and $5 million. (WSJ)

• The president of the European Union’s executive arm still believes a trade deal with Britain is possible, despite growing rancor between the two sides. (FT)

• Facebook plans to tamp down debate on divisive issues like politics — on its internal message boards. (WSJ)

Best of the rest

• The head of Fidelity’s $230 billion Contrafund is worried that younger investors are abandoning traditional mutual funds for apps like Robinhood. (Bloomberg)

• Queen Elizabeth’s real estate portfolio has been hit hard by the pandemic. (FT)

Thanks for reading! We’ll see you next week. 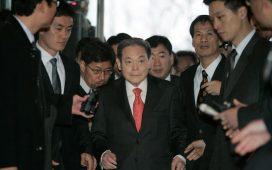 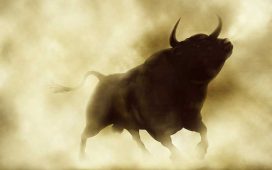 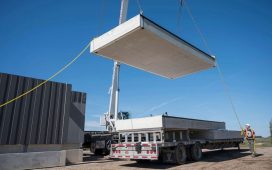 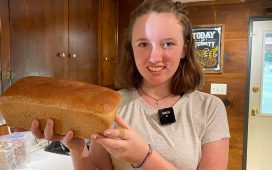 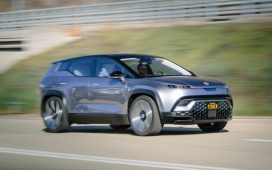