A Red Deer company is promoting hydrogen technology to the energy and transportation industries that reduces emissions and cuts fuel consumption.

James Pearce, president and CEO of Simply Green Distributors Inc., announced this week his company is distributing a new line of hydrogen technology-based units that can be attached to generators, trucks and other diesel-fuelled equipment to improve performance and dramatically reduce emissions.

The aftermarket technology takes distilled water and breaks it down into oxygen and hydrogen that are then injected into engine air intakes producing immediate results. The HydraGEN products are based on patented technology from dynaCERT (TSX:DYA).

When installed, units can reduce total hydrocarbons by more than 50 per cent, carbon monoxide by about 50 per cent and carbon dioxide by around 10 per cent. Nitrogen oxide, a harmful pollutant that is a component of smog and acid rain, can be reduced by almost 90 per cent.

“The target customer for us right now is the oil and gas industry and transportation,” said Pearce. “We have the capacity to do everything from a one-ton size vehicle and up.”

Pearce, who has more than 20 years of oil and gas industry experience and has lived in Red Deer since 2006, said they are a North American dealer but are focusing first on Alberta.

“This is one of the best markets for us to start in,” he said.

“We have trials here starting next week. We have quite a few units going out to oil and gas service providers. They were the first to the table,” he said, adding a couple of trucking companies have also signed on.

Pearce said fuel savings can vary depending on the type of engine and many other factors. However, they guarantee at least five per cent in fuel savings, and in many significantly higher savings can be expected.

With diesel prices going through the roof, the reduction in fuel costs for big diesel users could be huge. “It’s a perfect time for us to bring this out.”

However, the biggest selling point for customers so far has been the prospect of cutting pollution.

“The biggest motivator out here right now is emissions.

“That’s the number one thing our clients want to reduce. We’re really excited to be doing this and bringing this out to the oil and gas and transportation markets.

“It’s going to help everyone get closer to that net-zero that we’re being asked for. It’s a solution for right now.”

Pearce is aiming to have up to 500 units installed by the end of the year.

Once installed, the system has an immediate impact. On older engines, it scours out carbon deposits and black smoke disappears from exhaust.

“That’s the first thing that happens. It cleans out your older engines and can extend the life of them It’s a really neat technology.”

Pearce already has his eye on other products.

“We’re about to bring on several other lines of green products. Everything from soil innoculants (which use microbes to improve plant health) to cleaning products.” 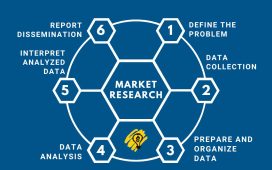 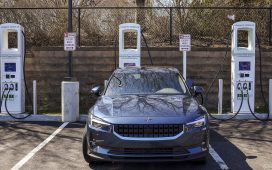 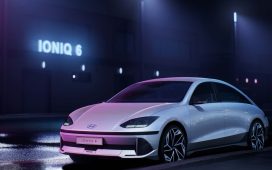