Techregister Logo
Techregister > Autos > Record numbers of electric cars took to the road this summer, but how did they cope with the great Kiwi road trip?
Autos

Record numbers of electric cars took to the road this summer, but how did they cope with the great Kiwi road trip?


You may have noticed something different on New Zealand’s roads this summer.

Last year, almost 20,000 electric vehicles (EVs) were registered with the Ministry of Transport and as Kiwis headed to beaches and baches over the Christmas period, demand for roadside charging stations was greater than ever.

There are 140 fast chargers in the North Island and 82 in the South Island, operated by ChargeNet.

Costs vary but the usual rates are 25c per minute, plus 25c per kilowatt. One of the new Hyperchargers costs the equivalent of approximately 30c a litre of petrol.

New Zealand’s busiest charging station over the Christmas period was in Bombay, Auckland. The next busiest was in Kaikoura’s West End.

“We saw a massive increase in charging sessions over the Christmas and New Year periods, with December 2020 being our busiest month on record, which is extremely positive,” says ChargeNet’s Bailey Gorst.

“In the last month, the average charge time was 22 minutes, with chargers used on average for only 70 minutes a day, around three to four cars per day.”

Among those who hit the highway in an EV was Timaru teacher Martin Kane who bought his first electric car in 2015, to do his bit for climate change.

He now drove a pre-owned Tesla Model X and said his family drove to Christchurch and then down the West Coast to Wanaka, without experiencing any delays at charging stations.

“I was keen to have a look at some new chargers that had been put in at Castle Hill and Arthur’s Pass,” he says.

“From there we went to Franz Josef, Haast and down to Lawrence so that I could try the new charger in Middlemarch.”

The father-of-four said they charged the vehicle seven times during the 1500-kilometre trip.

“With most new EVs, that do over 200 kms, you can basically charge wherever you stop to eat, you’re not (only) aiming for the charge stops.

“We had no waits, if there was I would have just moved on to the next one. There’s always another charging station, another 50 to 80ks down the road.”

And he said unlike a petrol car, EV drivers did not always fill up at charging stations, but would top-up at a convenient location.

“With the vehicles nowadays you can get wherever you need to and you don’t need a Tesla model X for that.”

Sean White, who works as a pre-flight scanner, got his first EV in 2018 when Auckland’s regional fuel tax was introduced.

He said his wife Toni’s commute in their six-cylinder Holden Commodore was costing $120 a week and would increase by 11.5 cents per litre. So they bought a 2012 Nissan Leaf.

They bought a second Leaf before swapping it for a Nissan eNV200, which they have converted into a campervan.

“We don’t own a petrol car, we only have electric now,” he says.

The couple and their dog, Dusty, set-off from Paerata on Boxing Day.

They headed for Pautau North for three nights and then to Paihia for five nights in the van.

And he says they charged the vehicle about seven times, during the 600 km trip.

“We go on long trips all the time in the van despite its 24kw battery, that has a range of about 100 km when it’s fully laden with gear and ebikes.

“I drive it on eco when we go away on trips to give it that little bit more range.”

There were no waits for charging stations on Boxing Day, but they had to wait at Raumanga on the way home, he says.

“If I’m going to make a constructive comment about the chargers, they generally only put in one and there’s a lot of times when two would be handy.

“If it’s only a Leaf you know you only have 30 minutes to wait, but if there’s a Mercedes, a Tesla or an Ioniq waiting there, you can have up to an hour.

“To be fair, we very rarely have to wait for other people.”

“Even when we see a significant increase in charging sessions across the network, it’s rare to actually have to wait to use a charger but as the number of EVs on the road increases, so does the demand for charging infrastructure.”

3-year-old dies 4 months after being hit by car – KOIN.com 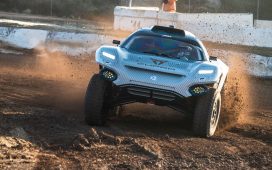 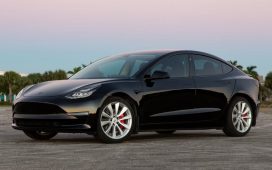