Huge swathes of the oldest and thickest Arctic sea ice are at high risk of melting this summer, a new study has warned, after being blown into warmer waters by record-breaking winter winds.

The perennial ice, which is less prone to melting than new ice and has survived for at least one year, helps keep the Earth cool by reflecting sunlight.

It is also a vital part of the habitat of animals such as polar bears and seals.

But its coverage has reduced by about 50 per cent since 1984 and is currently at its lowest on record for this time of year. 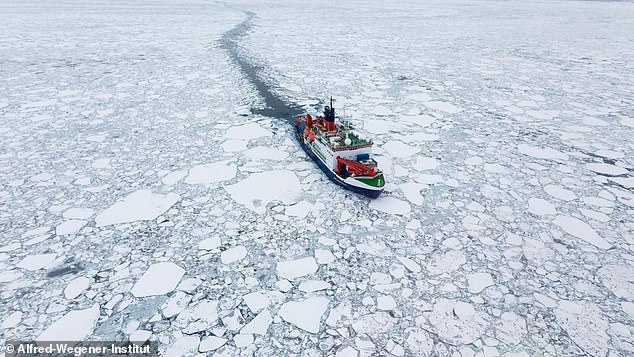 Huge swathes of the oldest and thickest Arctic sea ice is at high risk of melting this summer, a new study has warned. The research vessel Polarstern is pictured drifting in Arctic sea ice 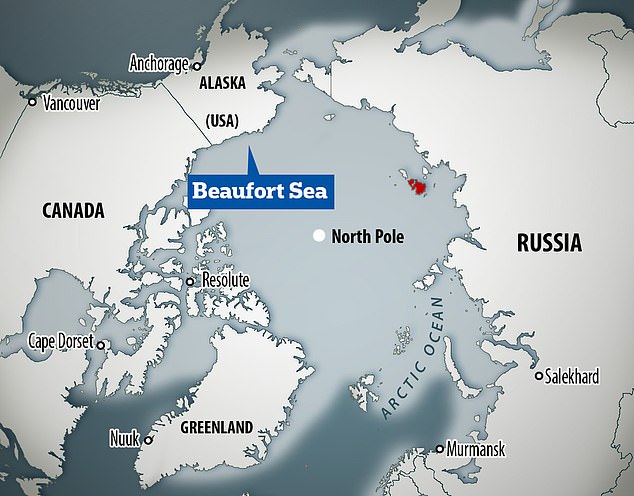 Record-breaking winter winds have driven eight per cent of the Arctic’s entire perennial ice store into the Beaufort Sea, a southerly region where two thirds of ice melts in the summer

WHAT ARE THE EFFECTS OF LOWER SEA ICE LEVELS?

The amount of Arctic sea ice peaks around March as winter comes to a close.

This can lead to a number of negative effects that impact climate, weather patterns, plant and animal life and indigenous human communities.

NASA researcher Claire Parkinson said: ‘The Arctic sea ice cover continues to be in a decreasing trend and this is connected to the ongoing warming of the Arctic.

The new study led by University College London (UCL) found that winds blowing persistently clockwise for most of the winter drove eight per cent of the Arctic’s entire perennial ice store into the Beaufort Sea, a southerly region where two thirds of ice melts in the summer.

This means almost a quarter (23.5 per cent) of perennial ice is in melt-prone regions outside the central Arctic – the largest fraction since records began in 1989.

The winds, which normally blow weakly anti-clockwise, blew the sea ice clockwise about twice as hard as the previous record.

UCL PhD student Robbie Mallett, who led the study, said: ‘In mid-February we saw that a strong weather system was literally spinning the Arctic sea ice around.

‘When we looked closer we saw that the Arctic’s older ice was drifting out of the “survival zone” – the shrinking area where ice can still survive the summer melt season.’

Co-author Professor Julienne Stroeve, of UCL Earth Sciences and the University of Colorado Boulder, said: ‘Since perennial ice tends to be thicker ice that is more resistant to melting out during summer, the loss of this ice removes the ocean’s reflective ice cover, allowing the ocean to absorb more heat and light, which in turn melts more ice and warms the planet.’

The persistent clockwise winds that spun the Arctic sea ice around were linked to a weakening of the polar vortex – a circulation of cold winds high up in the Arctic atmosphere. 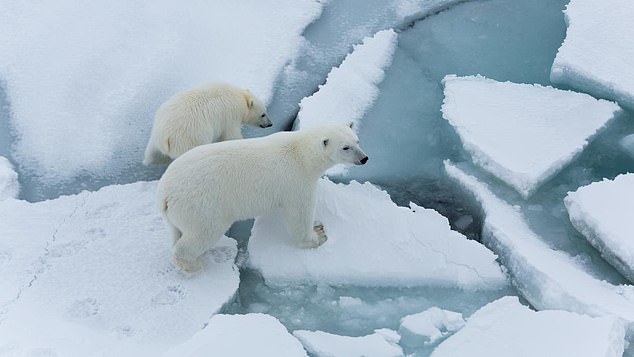 The Arctic, together with the Antarctic, act as the world’s refrigerator, with snow and ice in the region reflecting heat back into space, while other parts of the planet absorb heat

WHAT IS THE ARCTIC LAST ICE AREA?

The Last Ice Area is thought to be home to the oldest and thickest sea ice in the Arctic.

It is in a region located north of Greenland and the Canadian Arctic archipelago.

This area is a safe haven for ice-loving animals, such as polar bears, and is usually covered in ice all year round.

It is beginning to crumble due to rising temperatures in the region caused by climate change, according to scientists from the University of Washington in Seattle.

Like other parts of the Arctic Ocean, the ice here has been gradually thinning, though last spring’s sea ice was on average slightly thicker than previous years.

The Last Ice Area was one of the last places where animals could seek refuge, but experts say it is unlikely to continue to offer ice all year round.

In the study, researchers analysed weather data and satellite maps showing the thickness of sea ice, how it was moving around, and the coverage of perennial versus first-year ice, over December, January and February.

Using data from the European Space Agency’s CryoSat-2 mission, they found that the movement of older, thicker ice to melt-prone regions contributed to a record low in the thickness of ice remaining in the Arctic Ocean ‘survival zone’ at the end of winter – the region where ice normally survives the summer melt season.

As well as being thinner, perennial ice is accounting for a highly diminished proportion of the Arctic region – its coverage was low at the start of the year, and is now at its lowest ever for this time of year, beating a previous record set in 2017.

‘Last winter things started badly, and then they got worse,’ Mallett said. ‘We saw a record-late start to the winter growth season, from which the sea ice never really recovered.

‘To add to that, we now have a record-low and precariously positioned perennial ice cover in the Arctic’s hottest months.

‘If this ice melts before September, then it’s gone.’

Prof Stroeve found in a previous study that when the perennial ice is blown into the southern Beaufort Sea, much of it will melt the following summer.

The research said the planet had lost approximately 33,000 square miles of ice every year from 1979 until 2016.

The collective area of ice, which is known as the cryosphere and holds almost three-quarters of the planet’s fresh water, is a good indicator that the surface area of Earth’s ice is shrinking from warming temperatures. 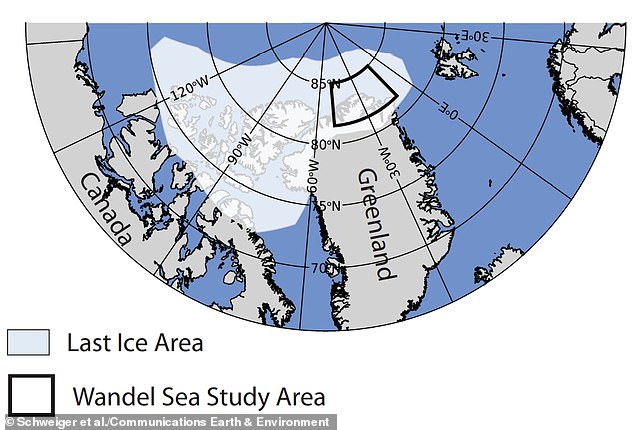 A separate study published in July looked at the Wandel Sea north of Greenland, which is inside what’s known as the ‘Last Ice Area’ of the Arctic Ocean. It found that this is rapidly melting due to climate change and will have devastating effects on polar bears if it disappears

See also  Entrepreneurship Is a Lot Like Reliving Your High School Days: Here's Why - The Advocate

Another study, published in July, found that the ‘Last Ice Area’ in the Arctic is rapidly melting due to climate change and it will have devastating effects on polar bears and walruses if it disappears.

The region located north of Greenland and the Canadian Arctic archipelago, which is a safe haven for animals, is usually covered in ice all year round.

It is beginning to crumble due to rising temperatures in the region caused by climate change, according to scientists from the University of Washington in Seattle.

Animals such as polar bears depend on permanent ice cover to hunt for seals and build dens where they raise their young, but rising global temperatures have meant permanently ice-covered patches in the Arctic are few and far between.

The Last Ice Area was one of the last places where animals could seek refuge, but experts say it is unlikely to continue to offer ice all year round.

The UCL findings have been published in the journal Nature Communications Earth and Environment.

WHY DO POLAR BEARS NEED ICE TO SURVIVE?

Loss of ice due to climate change has a direct impact on the ability of polar bears to feed and survive.

The bears need platforms of ice to reach their prey of ringed and bearded seals. Some sea ice lies over more productive hunting areas than others.

Like other predators at the top of the food chain, polar bears have a low reproductive rate. One or two cubs are born in midwinter and stay with their mother for two years.

Consequently, females breed only every three years. The bears don’t reproduce until they are five or six years old.

From late fall until spring, mothers with new cubs den in snowdrifts on land or on pack ice. They emerge from their dens, with the new cubs, in the spring to hunt seals from floating sea ice.

Simply put, if there isn’t enough sea ice, seals can’t haul out on the ice, and polar bears can’t continue to hunt. 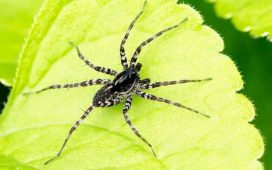 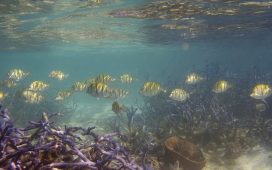 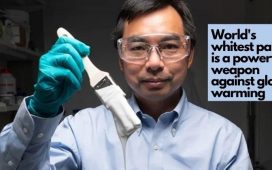 Slow broadband? Here’s what BT, Virgin Media and Sky users need to do