Over the course of the COVID-19 pandemic, plenty of evidence has emerged that wearing face masks cuts down on disease transmission and saves lives. Yet even in cities and states that have mandated mask use, compliance in the United States has been … unenthusiastic. And good luck finding a law enforcement officer eager to enforce those mandates.

So here’s an idea: Why not enlist the help of artificial intelligence to nudge people to mask up?

The Seattle software company RealNetworks has developed an app and data platform that aims to promote mask use and address the safety concerns of businesses, governments and other organizations. Launching today, the app — dubbed MaskCheck — uses AI and a tablet’s camera to detect whether a passer-by is not wearing a mask or wearing one improperly (in particular, by covering the mouth but leaving the nose free to inhale and exhale virus-laden air).

The company is offering the software for free in partnership with the COVID-19 International Research Team, a grass-roots effort by scientists around the world to advance efforts to defeat the pandemic.

In its simplest deployment, the app could be used on kiosks in foyers to check mask usage and alert people when they’re not wearing one properly (or at all), while also showing them the right way to cover their faces. Or it could silently gather data on compliance that could help inform policymakers — for example, in determining whether a mask mandate could enable certain businesses and activities to reopen safely.

For those of us frustrated by the stubborn resistance to face coverings in this country, MaskCheck seems like a good way to prod people to put up with a minor inconvenience in the name of public health. And a flat screen on a pedestal at an entrance or in a hallway can deliver the message without provoking a deadly confrontation, an outcome that seems ludicrous yet has been all too real.

The software is trying to address a problem that extends in multiple directions. The people who are concerned about contracting COVID-19 are avoiding places where they’re likely to share spaced with unmasked strangers. Business owners and employees may let customers go maskless for fear of alienating them or provoking a fight. And with little more than anecdotal evidence about mask compliance, policymakers draw up pandemic countermeasures based on assumptions about risk that may not be true.

“I think we’ll make better policy decisions if we have more data,” said Rob Glaser, chief executive of RealNetworks. The company plans to make anonymized, aggregated data collected by the MaskCheck app freely available, so researchers and policymakers can see how well mask mandates are or are not working.

For example, Glaser asked, “what if a bowling alley could demonstrate 100% compliance with mask wearing? Why shouldn’t people be allowed to bowl there?” (Bowling comes to mind often for Glaser, a former investor in the Professional Bowlers Assn.)

One early deployment illustrates how MaskCheck might help on several of those fronts. At Seattle’s Bush School, a private K-12 school that is still conducting in-person classes, MaskCheck kiosks in hallways around the campus check whether students and staff are properly wearing masks. The point is to offer some reassurance to parents and teachers that compliance is high and it’s safe to be there.

RealNetworks may be best known for its RealAudio technology, which gave rise to the streaming media industry in the 1990s. But MaskCheck grew out of the company’s work on facial recognition technology, which is just a wee bit more controversial than webcasting and online music services.

Reza Rassool, RealNetworks’ chief technologist, emphasized that MaskCheck’s artificial intelligence isn’t a facial recognition program. It does not identify people, it just detects the presence of a human face and the position of a mask, if one is being worn. If the person using the app chooses, though, it can estimate the age and gender of each person observed, and it can capture their images, Rassool said.

Age and gender might be useful in helping policymakers get a demographic breakdown on mask compliance. But there’s a trade-off to this utility; the more information the app captures and records, the more it raises the sort of surveillance-state hackles that facial recognition programs do.

The problem with mask mandates today is mainly a political one — a sense by many Americans that the government shouldn’t have the power to force them to breathe filtered air. Despite estimates that universal mask use could save tens of thousands of lives, roughly half the population goes out in public without one, and there’s little effort to force a change.

Glaser said a MaskCheck kiosk could act like one of those electronic street signs that tell you have fast you’re going — and flash at you when you’re speeding. “The data shows when those signs are there, people go closer to the speed limit than when they weren’t there,” he said.

It’s easy to imagine the app being deployed in more aggressive ways — for example, tied electronically to a door lock to prevent unmasked people from entering a building. But RealNetworks isn’t going in that direction now. It’s counting on its partnership with the COVID-19 International Research Team to spread the app organically to institutions, governments and businesses across the country in an effort to generate more mask wearing voluntarily.

Said COV-IRT cofounder Afshin Beheshti, a bioinformatician at NASA Ames Research Center in Silicon Valley, “We’re not going to shame people to wear masks. We’re going to try to educate them with these tools.” 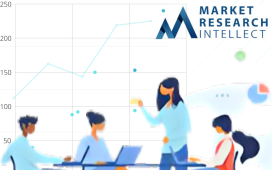 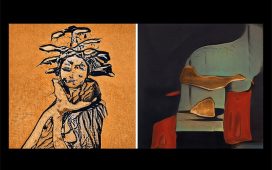 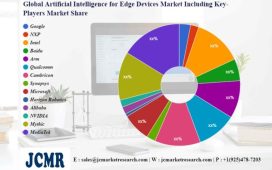