Every time I look at the Neo Green Realme GT Neo2 smartphone, I’m overcome with a need to buy a Ford Mustang in the famous Grabber Lime color, complete with black stripes. The person who came up with the GT Neo2’s insane green-and-black color scheme must surely have been influenced by this most iconic of Ford muscle car hues, and in the same way as owning a Grabber Lime ‘Stang, the Neo Green GT Neo2 isn’t a phone for the shy and retiring.

You’re going to get noticed, but does the phone have the ability to back it up?

The Neo Green isn’t the only color option for the Realme GT Neo2; it also comes in pretty blue along with a basic black, which you absolutely shouldn’t buy. If you’re going to get one, get it in the Neo Green or Neo Blue. Embrace the brightness, put on your sunglasses, and enjoy owning a phone that stands out from the crowd.

Realme has matched the reflective, lime green rear panel to a black chassis and finished off the look with a couple of black stripes. It has nearly ruined the look by adding its “Dare to Leap” marketing phrase to the thinnest stripe, but I can just about ignore it. Realme, no one but you cares about this phrase, and the phone would look even better if it weren’t there.

The glass panel is smooth and cool to the touch, while the black sections have a glossier finish and provide more grip. It’s just under 190 grams in weight and hides its 9mm thickness well, sitting in your palm comfortably and securely. It doesn’t break new ground with design, but the camera module is attractively laid out, and the subtly textured power key adds some tactility to an otherwise standard design.

But it’s the color that really elevates the phone above the competition. I think it looks fantastic. From the Racing Yellow Realme GT to the Nebula Realme X7 5G and now the Realme GT Neo2, Realme has been getting its color schemes exactly right.

You want muscle-car power to go with the muscle-car color scheme? The Realme GT Neo2 does deliver, but it’s more four-cylinder 2.3 liter EcoBoost than 5.2-liter supercharged V8. What am I talking about? It’s the Qualcomm Snapdragon 870 5G processor inside with either 8GB or 12GB of RAM, rather than a Snapdragon 888 chip. The Snapdragon 888 is often viewed as the must-have processor in a top phone, but the truth is the Snapdragon 870 (like the 2.3 EcoBoost in a Mustang) is more than enough for most people and handles everyday tasks without issue.

I haven’t used the phone for very long, but it’s enough to see that performance isn’t a problem. I played Asphalt 9: Legends for 30 minutes, and the phone didn’t stutter or get warm. Plus, through setup and app installation, it was all smooth and fast. The phone has Android 11 and Realme UI 2.0 installed — the same system used on all its recent phones, including the Realme GT Master Edition and the Realme 8 5G.

The 6.62-inch AMOLED screen has a switchable 60Hz or 120Hz refresh rate, HDR10+ certification, a 2400 x 1080-pixel resolution, and a 1,300 nits maximum brightness. It’s a flat screen with a 20:9 aspect ratio, which adds to the phone’s rather generic shape, but with a cooler palette than phones like the iPhone 13, it’s colorful and defined. Watching YouTube also emphasized the loud stereo speakers.

Realme notes the GT Neo2 has a substantially upgraded stainless steel cooling system, and it has a big 5,000mAh battery inside with the company’s 65W SuperDart Charge wired charging system to take it 100% in 36 minutes. This makes the overall GT Neo2 package very good for multimedia.

The camera module has a 64-megapixel main camera with Phase Detection Autofocus (PDAF), an 8MP wide-angle camera, and a basic 2MP macro camera. I have taken only a few dozen photos on an overcast day, but I am quite impressed with the results from the main camera.

With its effective HDR, the GT Neo2’s camera balanced the gray, cloudy sky with the surroundings very well, showing the moody atmosphere while still capturing color and detail in the shadows. Surprisingly, the wide-angle camera shows decent consistency, too, but can stumble when lighting is poor. You won’t get good photos from the macro camera, though, and there’s no optical zoom. Realme still insists on adding digital zoom options in the camera app for 2x and 5x zoom, but the results lack detail.

There’s an Artificial Intelligence (A.I.) color enhancement mode that makes a marked difference. The results won’t be to everyone’s taste, but it definitely makes colors pop without the need for a filter after you’ve taken the photo. While it doesn’t have the versatility that comes from an optical zoom, the GT Neo2’s main camera looks like it’ll take pretty, shareable photos without fuss.

The color sells it

Realme has announced the GT Neo2 for India at the time of writing, but it has also confirmed it’ll be released in Europe in the next few months. It’s priced at the local equivalent of $425 for the 8GB/128GB model or $480 for the 12GB/256GB version. Realme’s range of smartphones is extensive and confusing. The GT Neo2 fits in below the Realme GT but above the GT Master Edition, if we only consider the processor. It’s also technically superior to the Realme 8 5G, but that phone’s low price makes it tempting, and the specs aren’t drastically different.

Based on the price, it’s competing with the Samsung Galaxy A52 5G, the OnePlus Nord 2, the Google Pixel 5a, and various phones from Nokia, Xiaomi, and Oppo. The GT Neo2’s battery and fast charging are serious selling points, but the lack of any water resistance and being slower with major Android version updates compared to a Pixel phone are considerable downsides.

Decisions may come down to the Grabber Lime —  sorry, I mean Neo Green — color. There’s no question about it standing out, and it’ll likely attract as many people as it puts off. But just as there was always something fun, rebellious, and apt about getting a muscle car in this shade of green, I think there are people who will really love it on a phone too.

See also  CAT riders will soon be able to use their smart phones to pay for rides - WSAV-TV
Share on FacebookShare on TwitterShare on LinkedInShare on Reddit
techregisterOctober 20, 2021 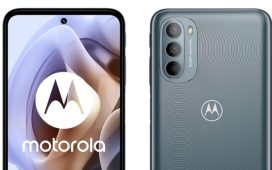 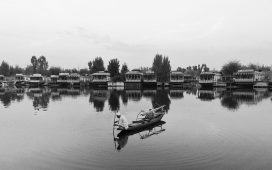 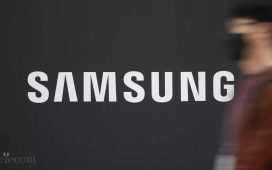 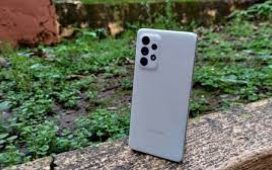 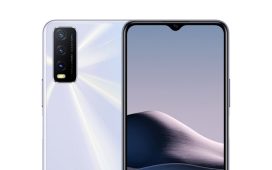