Oil and gas explorer Providence Resources expects the long-awaited drilling programme at its Barryroe oil project off the Cork coast to commence in the third quarter of 2019.

The Dublin-based company, led by Tony O’Reilly jnr, outlined the timeline in a trading statement on Friday, a month after environmental agency An Taisce told the High Court it wanted a judge to review a decision by the Department of Communications, Climate Action and Environment to permit a survey of the area around the Barryroe oil find.

Barryroe was found in 2012 to have more than 300 million barrels of recoverable oil, and after years of searching for a suitable large partner, Providence sold a 50 per cent stake in the project this year to Chinese explorer Apec in exchange for the funding of an appraisal drilling programme. Lansdowne Oil & Gas holds a further 10 per cent of Barryroe, leaving Providence with 40 per cent.

While An Taisce’s challenge has been adjourned until January 15th, Providence said on Thursday that, “without prejudice to the site survey application process”, its subsidiary, Exola, which is overseeing the project, planned to conduct its well-site survey operations in the spring.

“Separately, other consenting work streams required to conduct the drilling programme are under way, and subject to the conclusion of contractual arrangements, the receipt of requisite approvals and consents from the relevant authorities, the updated timeline for the commencement of the drilling programme is Q3 2019,” the company said.

The Barryroe partners have nominated China Oilfield Services Limited as the key project contractor a project management contract is near conclusion.

Mr O’Reilly said the Barryroe project, together with gas production from the Corrib field off the west coast of Ireland, “further facilitate national energy independence at a time of growing geopolitical risk within global energy markets”.

Elsewhere, Providence continues to advance a number of what it terms “high-impact exploration projects” in the Atlantic Margin, where it has interests in four prospects: Diablo, Dunquin South, Avalon and Newgrange.

Last year, Providence’s shares fell by about 50 per cent as the company was forced to abandon two key projects 220km off the west coast of Ireland, called Druid and Drombeg, after drilling revealed little more than water in the reservoirs. The stock has rallied by almost 35 per cent this year. 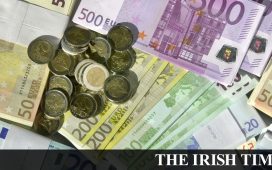 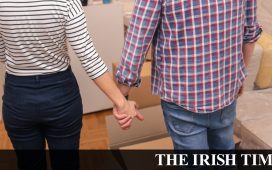 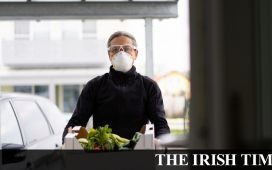 Chris Johns: If this is to be the last lockdown it has to work

Chris Johns: If this is to be the last lockdown it must work 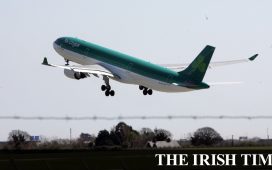