We all know and love Polaroid for their analog cameras and the 90s nostalgia that comes with them, but the new Polaroid Now+ takes things to a whole new level. This camera is the brand’s most high-tech option yet, and after a week of testing we can confirm that it’s pretty exceptional for an analog camera.

Pairing with the Polaroid app, the Now+ offers loads of creativity. Whether you’re a professional photographer or looking to casually snap some fun shots with your friends, the Polaroid Now+ is a fun and high tech film camera that’s well worth the money.

The Polaroid Now+ is a high-tech spin on the classic instant camera, giving you lots of fun app-based options for customizing your shots.

Who it’s for: The Polaroid Now+ is great for both beginner and advanced photographers alike. Whether you’re just starting to play around with analog and film cameras or you’re a seasoned pro, it’s a great option for snapping fun photos with friends or creating dreamy artistic images.

What you need to know: The $149 price tag seems high, but the smartphone app control makes the camera absolutely worth it. The Now+ comes with almost everything you’ll need to get started. You’ll get a micro USB charging cable, a lens filter kit and of course the camera itself. The downside is that the Now+ uses Polaroid’s i-Type Color Film and you’ll have to purchase it separately (like this pack of 16 sheets for $29.99). Overall the camera was easy to set up and use and the app allowed for loads of control over the device.

How it compares: The Now+ introduces two new features: aperture priority and tripod mode. It sets itself apart from the rest of the Polaroid lineup with smartphone-based controls, something you won’t find in comparable cameras. The Fujifilm Instax Square SQ1 comes in at $119 but lacks the app control and features like double exposure or light painting. The older model, the Polaroid Now, comes in at $99.99 and while you still get creative and helpful features like double exposure and autofocus, you’re not getting the extended range of options that the Now+ offers. The Now+ comes in at the top of the price range but also with the most control and capability.

The Now+ operates similarly to the Polaroid camera 90’s kids grew up using (or the Instax for all the Gen Z’ers). The camera feels a little bulky at first but it never felt inconvenient or uncomfortable. It comes in three colors, white, black and a cool blue. The design is reminiscent of an old school analog camera which we enjoyed. If you don’t want to take advantage of any of the extended camera features you can simply point, shoot and wait for your print to develop. When your photo comes out of the film tray there’s a black plastic sheet that will cover your image so that it doesn’t get over exposed or damaged. The film will take up to 15 minutes to develop but then you’re left with a pretty stellar shot.

Your photos will never look as clear as they would on a digital camera, but we did find photos taken in both standard and portrait modes were clear and focused. If you’re shooting in modes like double exposure or playing around with the aperture you’re going to have to get through some trial and error before you end up with a snap you’re happy with. The analog camera gives you the color aesthetics of film, which tend to be cooler toned and higher in contrast. Shooting at night you’ll definitely have to be mindful of the flash but shooting indoors in natural lighting gives a nice soft look to your images.

Loading the film tray was not a difficult task but there wasn’t much instruction to help us. It would have been nice to have a bit more guidance as there were some extra steps we needed to take, like making sure the top exposure sheet rolls out before you can start taking pictures. It’s easy to tell which side the film needs to face up but not clear which end of the film goes in first. We ended up seeing a small arrow and after the process of elimination figured out which side went in first. The film fits snugly and the hinge for the film tray felt sturdy and even while tinkering around to make sure it was set up properly. We didn’t feel like anything was too fragile or going to break if we made a mistake.

The camera charge didn’t take long (about an hour) and you can check the battery level through the app. We didn’t find ourselves needing to charge the Now+ often; a charge should last you while shooting through 15 packs of film. If you’re using the camera for fun with friends you likely won’t go through that much film, so you’ll get through a handful of usages before needing to charge. Another bonus, the Now+ will turn off on its own if you haven’t used it in a little. We like the battery saving feature and the easy ability to check the charge status.

Now for the fun stuff! The biggest addition you’re getting with the Now+ is the associated Polaroid App ( available for both Androids and iPhones). Even though you’re using an analog camera you get all of the benefits of digital photography technology through your phone. The app’s interface is fairly intuitive; we found it easy to navigate and that being said, there’s not much on it to make it feel complicated or overwhelming. The camera connects to the app via Bluetooth but you don’t have to go through any major steps to get it connected. Simply turn on the camera, open the app and it will connect automatically. We really liked how simple the Bluetooth connection was and that we didn’t have to add the camera as a device through settings or take any extra steps.

You swipe through each shooting mode the camera operates with and when you eventually stop on a specific screen it will leave the camera in that mode. The modes are manual mode, light painting mode, double exposure mode, aperture priority and tripod mode. You can also use the app as a remote for the camera. These modes are super cool and can earn you some pretty stellar photos if you know how to use them properly. Some modes, like portrait mode, are definitely easier to use than others. Options like light painting might take a little more practice to get the hang of. We had a little bit of trouble figuring out how much time we needed to have elapse before finalizing the shot.

If you’re having someone else take your photo using the Now+, you or your photographer will have to set the camera mode using the Polaroid app. You aren’t able to switch modes on the camera itself, but the shutter button on the camera still works. Whether you’re using the app as a remote or having someone else take a photo of you, getting the app set up for the shot is pretty simple, and its controls are easy enough to communicate with others involved in your photo adventures.

The only gripe we have with the app is the minimal explanation of how to best set up for each photo. Some you’ve probably heard of and can conceptualize. Portrait mode, as an example, is a photo style popular with iPhone and Android users alike. You do get instruction whether or not the set up was too dark, light, close or far away. Light painting and aperture mode however are more familiar terms for people with a bit more photography experience. There are little lightbulb icons you can click for information about the photo you can create, but it doesn’t provide any help for how to set up your shot or break it down step by step. We would have liked to see a bit more of a detailed breakdown included in the app.

The lens filters that come with the Now+ don’t add too much to the experience but they’re definitely fun. They come in four different colors: blue, red, amber, yellow and there’s also a prism filter. They snap on to the lens easily and can add bright hues and flare to your images but weren’t a major selling point for us.

Overall the Now+ is simple to set up even though the directions were minimal. We would have loved to see a bit more in-app step-by step-breakdown for specifics, like aperture mode or light painting mode, and film loading. Without these details it just took a little longer than we’d hoped to figure it all out.

At $149.99, the Polaroid Now+ is an excellent purchase if you’re in the market for a higher tech analog camera, even though you’ll have to buy film separately. The Polaroid App is highly intuitive and adds a lot of value to the camera itself. Having such easy control over the device and being able to access film techniques using an app that breaks it all down definitely makes the Now+ worth the price.

We would have loved to see a bit more specific instruction through the app but we were still impressed and enjoyed using the camera. The lens filters are fun but not our favorite part of the purchase, or a big selling point for us. The Now+ is a great gadget if you’re looking to take fun photos using different photography methods.

See also  Sleek in looks, beefy in specs
Share on FacebookShare on TwitterShare on LinkedInShare on Reddit
techregisterSeptember 13, 2021 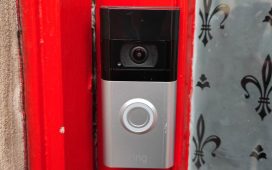 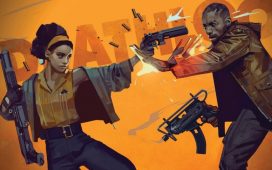 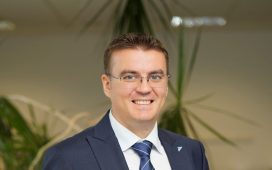 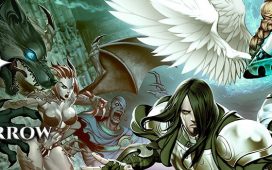