One of the most exciting things about playing a tabletop game is the freedom it gives you in that setting. You’re not bound by game mechanics, technology, or anything else, and can freely roleplay as if you lived in that world. One particular setting where that’s extremely fun to do is the world of Pokemon. One of the more popular and expansive systems you can use is called Pokemon Tabletop United, or PTU for short.

Related: Most Underrated Tabletop RPGs Of All Time

This system gives you everything you could possibly want from a Pokemon RPG, and then more. However, there are also a few things to keep in mind before jumping into a campaign using PTU as the system.

Quite possibly the most alluring aspect of PTU is the sheer number of options it gives to you as characters. You can do almost anything you’ve imagined could be done while watching the anime as a kid. With vast numbers of feats, edges, and items, you truly can become your dream Pokemon Trainer.

These options range from allowing you to change the type of damage from physical to special for an attack, buffing an unevolved Pokemon akin to Ash’s Pikachu, and even using moves yourself. You can wield a Honedge, ride on a Mudsdale, or give your Pokemon additional buffs using your training features. The possibilities are truly endless.

Once you create your character and pick a starter, it’s time for the adventure to begin. However, character progression in PTU feels different from most tabletop RPGs, and that should be kept in mind. To begin with, you and your Pokemon have different levels, and progress at different paces.

While your Pokemon gains abilities, new moves, and sometimes evolves at certain levels, your character will be gaining buffs and small features at each level. That means it can rack up very quickly, and fill your whole character sheet. Therefore, DMs should keep an eye out on the progression speed of the game, especially with inexperienced players.

8 Hard Work For The DM

Speaking of advice for DMs, they should strap in for this game. PTU can become overwhelming after a while, especially with several players who have unique skills and a team of six Pokemon each. The DM then has to create balanced encounters, intriguing stories, and keep a tab on what is functionally a party of over fifteen team members.

While this, combined with unique abilities, capabilities, and moves, can feel like work to new DMs, it is manageable. This advice goes for any RPG, really; just make sure you have some useful charts and preplanned encounters ready to go, and you’ll be in good shape for a long while.

The stats and calculations are other things that the players can and will encounter when playing PTU. This is also a heads up for DMs, as the players will look to you to resolve effects and attacks that might be confusing. When stat buffs and debuffs, abilities that change stats, and trainer features that modify damage all come into play, one single attack can turn into a two-minute math fest just like that.

To combat this, you could use some recalculated combat stages to cut down on math. Keep a calculator nearby and track how much your abilities and features modify your stats, and this becomes a problem that’s quickly dealt with.

While the stats, abilities, HPs, and combat can make it seem like PTU is nothing more than a tabletop video game, that can’t be further from the truth. Once you begin to play, you will quickly realize that the game is more akin to the anime than the video games. It is an RPG, at the end of the day. You can’t tackle any Pidgey you see because they are flying, and you must get to them first.

Related: Pokemon That Are Better In The Anime Than In The Games

Who says you can’t heat the floor with a Flamethrower attack and lure out Ground-type Pokemon burrowed deep? Just think outside the box and come up with creative solutions.

5 The Group And Characters Matter A Lot

While we see a group of individuals, all with unique goals and ambitions, hang out in the anime, that can be an issue when playing PTU. As with any other tabletop RPG, the group dynamic is essential.

Why are these trainers sticking together? Are they in search of something? Maybe they are escaping from something. Having a common, overarching party goal is really helpful, especially since one Gym Battle or Contest can take up the majority of a whole session. May might be fine with cheering for Ash from the sides, but players will quickly grow restless if they have to sit out a session in its entirety.

When you look at the Pokemon video games, story and narrative are rarely at the forefront. Instead, in essence they are games about creating your dream team and training them to defeat the champion and evil organizations. In a tabletop RPG like PTU, however, this can grow real stale quickly.

Sure, the players should be allowed to hang out in the wild and catch and grind Pokemon. But if there isn’t a connecting thread to the adventure, this will get old in a session or two. This narrative thread can be as simple as searching for a rare Pokemon, or as complex as overthrowing an oppressive regime. Just a hint of purpose can propel the campaign forwards for a long time.

As mentioned before, PTU has a lot of work for DMs, so adding physical work to that in the way of tokens, maps, and music can be taxing. To prevent this, playing on an online platform like Roll20 can be a real alternative.

This cuts down on prep time substantially, and allows the DMs to focus more on narrative and delivering a smooth session instead of printing minis and drawing maps.

The PTU website has archives going back to 2014. Since then, there have been lots of errata to the game. A big errata pack was released in 2016, for example. In addition, a new Pokedex update and reference document is released with each new generation.

Finally, there is also fantastic homebrew content, such as Data’s Homebrew Pokedex. All that is to say that before jumping in you should arrange your documents, streamline the rules you’ll be using, and be prepared with the set of errata and homebrew material you deem usable in that campaign.

An entertaining thing about playing PTU is that it is generic enough of a system that you could play it in any setting you can think of. A high-tech futuristic setting? Sure, that’s doable. A game set in the past with warlords and factions trying to control regions? The Game of Throhs supplement has you covered.

DMs have used this system for campaigns in steampunk, ancient historical, and even D&D-like fantasy settings. Just go wild and have fun! 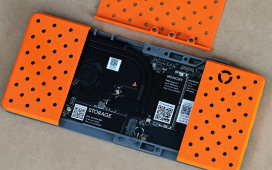 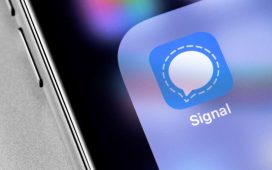 How to Use the Signal App: Tips & Tricks 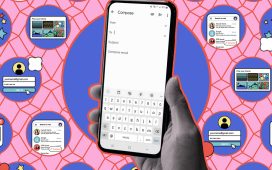 How to send a confidential message on Gmail 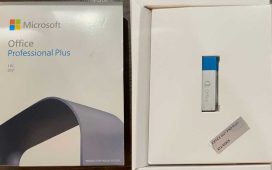 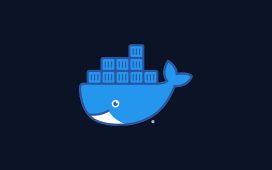 How to Mount a Docker Volume While Excluding a Subdirectory 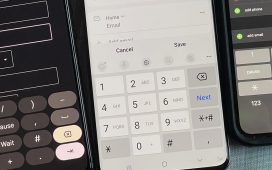 The Hidden Meaning Behind Those Mysterious Dialer Pad Keys on Your iPhone or Android Phone « Smartphones :: Gadget Hacks