Thunderbolt 4 and USB4 will become the prevalent variants of the USB-C connector as the latest standard is adopted by computer and accessory makers.

Thunderbolt 4 (T4) is superior to Thunderbolt 3, as you’d expect, although most of the benefits are in the certification that ensures it works with the latest computers.

Thunderbolt 3 was as fast at 40Gbps but some Windows PC manufacturers didn’t conform to all of its possibilities, meaning you were never sure whether you had all of the connection standard’s features. Apple has always offered top-spec Thunderbolt 3, so the extra benefits are fewer (but not insignificant) for Mac users.

The Plugable Thunderbolt 4 and USB4 Hub is part of the new breed of hub, fully T4/USB4 certified and featured, and based on the latest Goshen Ridge Chipset. It is backwards compatible with USB-C and Thunderbolt 3, and works with all modern Macs (its features will be limited on Apple’s old USB-C 12in MacBook and any USB-C PCs) but is not recommended for Thunderbolt 3 Windows systems for the reason listed above. 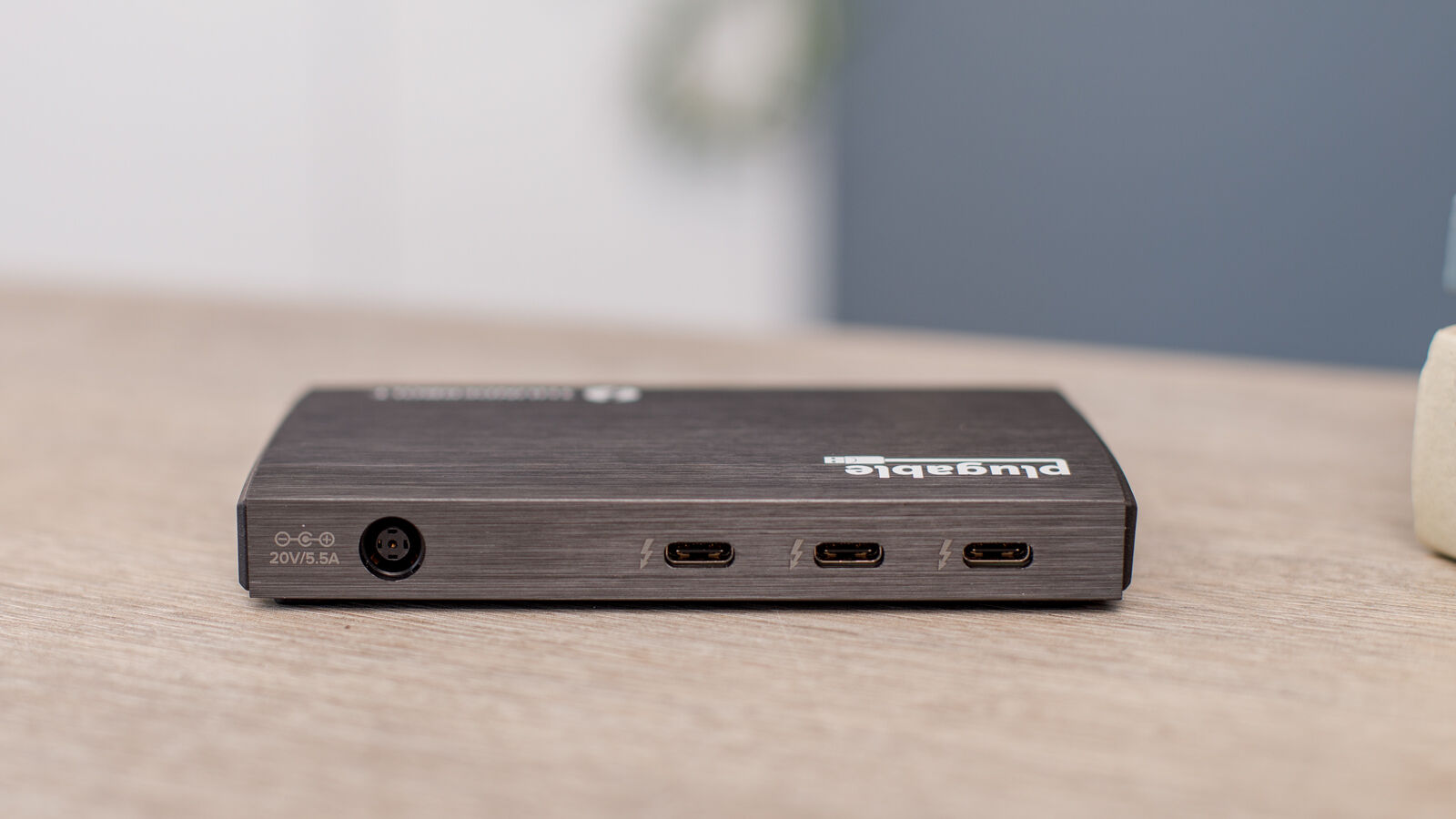 The Plugable Thunderbolt 4 and USB4 Hub has four of the ports it is named after, one of which is reserved for the fast connection to the computer, be it laptop, tablet or desktop PC/Mac.

These ports are very flexible, and you can use them for all sorts of devices.

You can attach external displays using this hub without needing an adapter if the monitors have a USB-C connection. If your display instead has HDMI or DisplayPort connections, you’ll need the relevant USB-C adapter to attach via the dock.

Handily, Plugable includes a USB-C-to-HDMI 2.0 adapter with the hub, which is more generous than found with other hubs that usually just supply the T4 cable you need to connect to your computer.

It supports up to two 4K screens at 60Hz, one 8K screen at 30Hz, or one 6K on M1 Macs, which are limited to connecting to just one external display on Intel-based Macs.

You can connect SSDs, printers, keyboards, and anything else with a USB-C/Thunderbolt connector.

Thunderbolt 4 is much cleverer than Thunderbolt 3 in its ability to smartly daisy-chain up to six devices. On T3 you risked spoiling the whole chain by removing any but the last device.

While it is no laptop docking station, it could act as a mini dock because you can add adapters for Ethernet and card readers, but if you want more ports you should look for a larger docking station such as the Sonnettech Echo 11 Thunderbolt 4 Dock.

There’s no bonus USB-A port on this Plugable hub, which we’ve found on competing hubs. If you don’t need an extra slot for your older devices and are focused entirely on USB-C/Thunderbolt/USB4, then this is of no matter. If you would appreciate another USB-A port, then consider one of the other T4 hubs – read our Caldigit Thunderbolt 4 Element Hub review and OWC Thunderbolt Hub review for further comparisons.

The hub can power a connected laptop or tablet at up to 60W, with a 110W external power supply for the hub itself and connected devices. 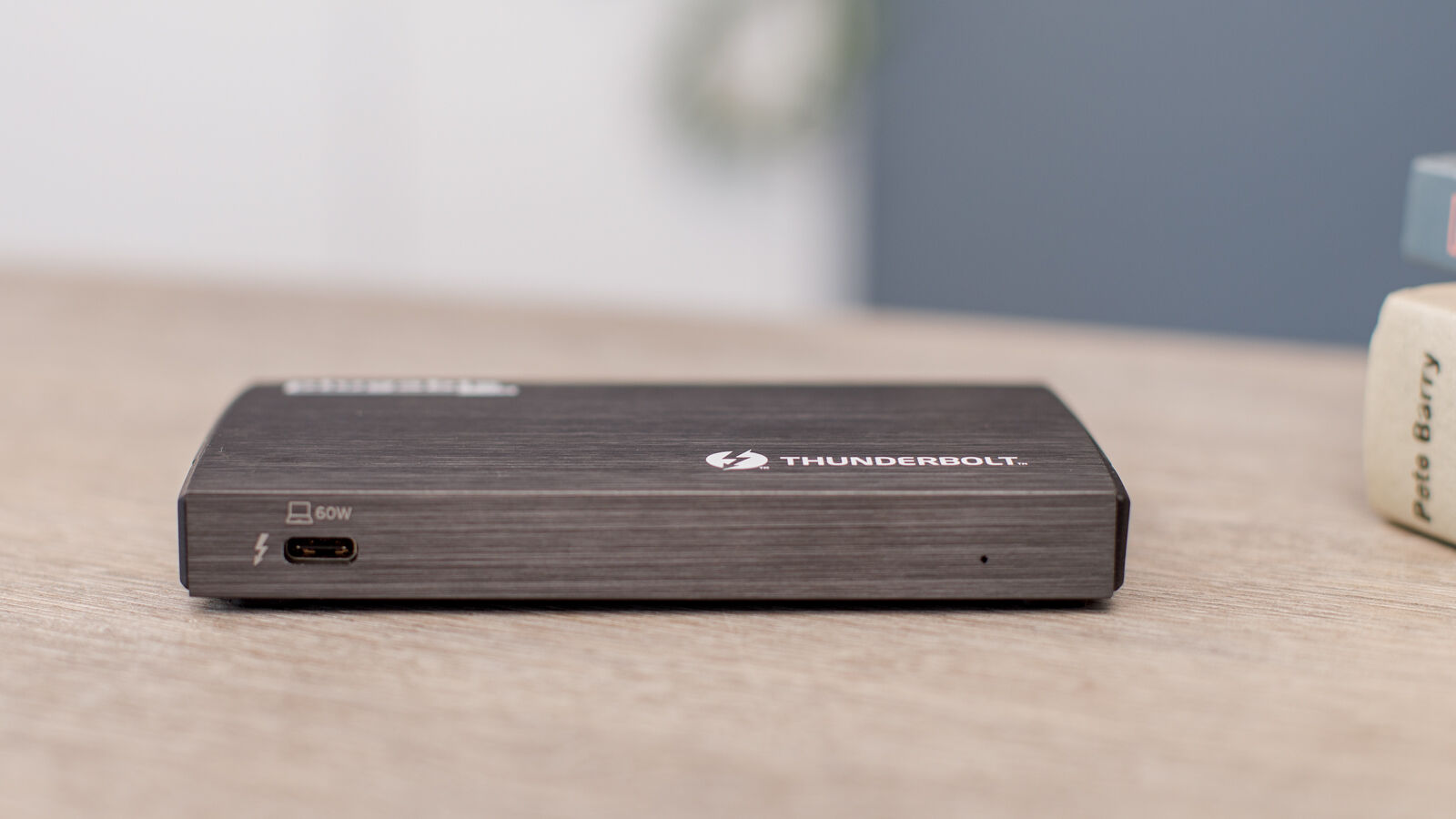 The T4/USB4 port that connects to the computer is located at the front of the hub, which is a messier solution than a back- or side-mounted connection, as the cable sticks out into your visible desk space.

Sadly, most other Thunderbolt 4 hubs and docks do the same, so I shouldn’t single out Plugable for this neatness misdemeanour.

The one exception is Caldigit Thunderbolt 4 Element Hub that has its computer connecting port on one side, allowing you to choose which front or back you prefer and leaving the front free of the extra cable.

The Plugable Hub is lightweight (200g), which is a little heavier than the OWC Thunderbolt Hub but lighter than the Caldigit one.

This sounds portable, but the power supply is not something you’d really want to lug around with you.

It ships with a Thunderbolt 4 cable, and the aforementioned HDMI adapter cable.

The Plugable Thunderbolt 4 and USB4 Hub costs $189 or £209, which seems a harsh conversion rate for British customers.

It’s cheaper than the Caldigit Element Hub in the US ($229) but not in the UK (£199), and that hub boasts four extra 10Gbps USB-A ports alongside the four T4 ports.

It’s close on price to the OWC Thunderbolt Hub that costs $179 in the US and a bargain £139 in the UK. The OWC hub just beats it on features, with an extra 10Gbps USB-A port.

There are alternatives with more types of ports, but if all you need is a bunch of the latest connectors, this does the job very well. 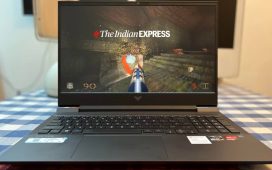 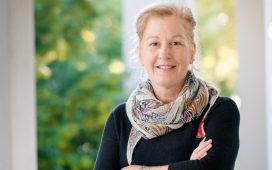 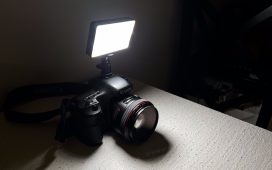 Fire Boltt Talk Review: An affordable smartwatch that lets you take calls on the go 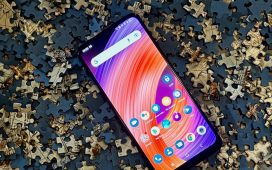 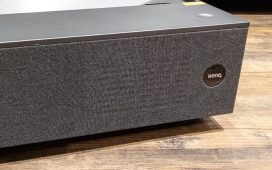 Business secretary did not ‘tell porkies’ about help for industry, says government

Fans react to first look at Timothée Chalamet in Wonka: ‘The sexification of Willy Wonka needs to stop’

Supply issues to last into new year, Asos says as boss steps down

One in three gangland murders in London linked to drill music, report finds

Accountant Online to create 100 jobs in next four years

Brands Can Play a Role in Changing Hispanic Males’ Self-Expectations