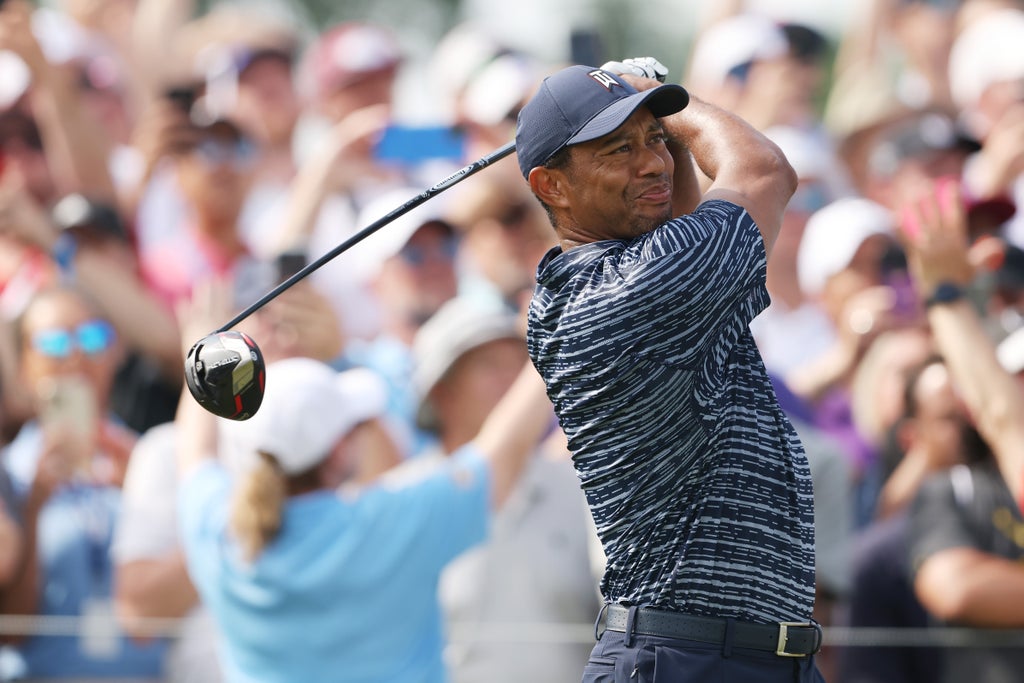 Follow all the action as the PGA Championship gets underway at Southern Hills in Oklahoma this afternoon.

The build-up to the tournament has been dominated by talk of players defecting to a rival Saudi-backed series and the absence of defending champion Phil Mickelson. That speculation will be forced into the background over the next four days though as the world’s best players vie for glory in the year’s second major. Scottie Scheffler enters the week as a slight favourite owing to his spectacular start to the season, with four victories including his maiden major title at Augusta in April. The world No 1 is sure to face stern competition from his Ryder Cup teammates with Jordan Spieth, Justin Thomas and Xander Schauffele all in fine form.

The majority of eyes will of course be drawn to Tiger Woods, with the 15-time major champion insisting he is confident he can scale the mountain again as he continues his comeback from that horrific car crash last year. Jon Rahm is looking to clinch the second major of his career and hasn’t competed since winning the Mexico Championship at the start of the month. Rory McIlroy finished runner-up at Augusta and will be hoping to go one better and end his eight-year drought at the majors. Follow all the action live below:

Starting his round on the 10th Lucas Herbert has birdied 10, 13 and 14 to take the Australian to three-under par thru five. He joins Matt Kuchar and Abraham Ancer in the tie for fourth place.

Oh John. Rahm’s too long with his birdie putt on seven and has to settle for a par to stay at (-1).

Justin Thomas ends his front nine with back-to-back bogeys and a promising round is slowly getting away from him. He’s back to level par.

A 344-yard drive on the seventh hole from John Rahm is followed with a wedge over the pin the the Spaniard laces with the right amount of backspin. Birdie chance coming up for him.

Dustin Johnson (+1) approaches the ninth green with second shot that skips in to within six or seven feet. He’s going to have a chance to make it back to level par.

Jesse Mueller ends his first nine holes bogey-birdie-bogey to go out in 34 which is one-under par. Justin Thomas has also fallen back (-1) after a dropped shot on the eighth.

Brooks Koepka’s day goes from bad to worse with another bogey on the ninth. He’s (+5) so far today.

Go on Rickie! Rickie Fowler has been steadily notching up pars since a bogey on the opening hole and is seemingly in trouble on the seventh.

He’s found the greenside bunker on the right but flicks it out of the sand perfectly and chips in for birdie! Back to level par.

Charl Swartzel (-2) moves further into the red with a birdie on the fourth. He’s started very nicely indeed. Playing with him Sergio Garcia rolls his 10-footer in for his second consecutive birdie and moves back to level par.

Over on eight Brooks Koepka elicits cheers by sinking a long bogey putt. Koepka’s up to (+4) and having a difficult front nine.

Jesse Mueller, Scottie Scheffler and Justin Thomas are leading the way out on the course at two-under but all three are still chasing Rory McIlroy’s (-5) lead.

Collin Morikawa, John Rahm and Scheffler all bail out to the right on the par-3 six electing for safety over targetting the pin.

Eagle! Scottie Scheffler’s underway! His superb second shot on the fifth left him with an 12-foot uphill putt, slightly curling in from the right. As soon as he hit it he knew it was going to drop and it does. He moves to (-2).

John Rahm (-1) follows him in with a birdie.

Have a listen to Rory McIlroy’s post-round reaction after shooting an opening round 65 to lead in the clubhouse:

Close! Fitzpatrick’s (-2) birdie effort on the third slides by the left side of the hole and he has to settle for a par.

Shane Lowry has fought his way back to level par thru seven holes. 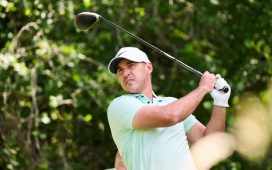 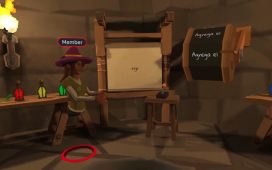