Perfectionism is an imperfect strategy


Are you a perfectionist? If so, you’re not alone. Studies show that the tendency to behave in this way has rocketed over the past couple of decades.

Psychologists argue about the precise cause, whether it’s the pressure from social media, the impact of “tiger” parents or a more demanding consumer culture.

But they typically agree on one thing: it’s not a positive development. In fact, the trend is increasingly linked to similarly enormous rises in all sorts of mental health problems, from anxiety to depression. Likewise, in the sports world, over-practising is associated with more than 50% of injuries, according to the American Medical Association.

You could say that the trait is particularly prevalent in our world. After all, our industry has always lionised perfectionism. “Good is the enemy of great” we’ve told ourselves, as we’ve worked crazy hours to craft things to the nth degree.

Now, I’d be the last person to advocate sloppiness or corner-cutting when it comes to the work. But here’s the thing: quite apart from the mental and physical toll on individuals, excessive perfectionism doesn’t improve your creative luck, it harms it.

For starters, it eats up valuable time: time you could be spending on other ideas – or time that rivals could use to sneak into the market before you. On top of this, it creates excuses: organisations often avoid or delay decisions under the guise of “just getting things perfect”. Worst of all, the endless fiddling typically involves stuff that consumers don’t even notice anyway!

The golfer Gary Player famously remarked that “the harder I work, the luckier I get”. But I think there’s a more important lesson to be learned from his sport.

In golf, perfection is represented by a hole in one. I mean, even I know that. But recently I was fascinated to discover that most professional players don’t aim for that particular metric. Instead, they try to leave the ball “stiff”: a foot or so beneath the hole. This gives them a chance of an easy putt uphill, whereas if they try to be too precise, there’s a risk they end up above the hole with a more difficult downhill shot.

Occasionally, the ball will go straight in, but this is usually the unintentional result of a bad shot! Likewise, a less accomplished player will sometimes aim for the flag, but any direct hits will be greatly outnumbered by misses. That’s why you’ve never heard of the world record holder for holes in one (Texan player Mancil Davies has achieved 51 but has never got beyond journeyman status because of the erratic nature of his technique).

The point is that the top pros don’t aim for perfection every time. They aim to get 90% of the way there because they know that – over the course of a round, a tournament or a career – this will produce better results than shooting for 100%.

When I dug into this, I found that experts in other fields are increasingly offering similar advice. For instance, the great violin teacher Paul Kantor warns students of the perils of over-rehearsing and encourages them to see the practice room more like a laboratory than a drill hall. Film directors worry that method acting has gone too far. The journalist Gloria Steinem calls perfectionism “internalised oppression”.

There’s a pattern emerging here (a perfect storm, you might say).

Let’s face it, 2021 is not going to be a perfect year, so be kind to yourself. Making something that’s 90% brilliant and getting it out there is a lot better than holding out for some elusive 100% score. And it’s usually more fun, too. So why not increase your odds of success and happiness by liberating yourself from an impossible ideal.

As John Steinbeck once put it: “Now that you don’t have to be perfect, you can be good.” 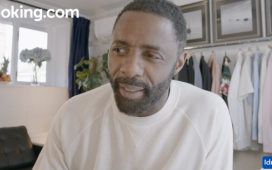 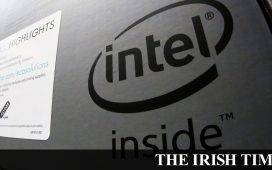 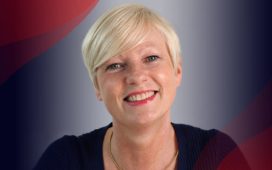