The Sunday Independent reported that the Labour Court has recommended that 1,000 Aer Lingus ground crew based at Dublin Airport should accept a pay freeze until 2024 and cuts to roster duty pay. The paper said its sources have suggested that the recommendation would lead to a ballot by staff that will be “contentious”, while the company has previously warned that it will not accept any further rejections by staff of cost-cutting proposals.

A group of pub investors that includes several former Irish rugby internationals has agreed a deal of more than €2.5 million to buy a Blackrock pub from listed UK group JD Wetherspoon. It has agreed to sell the Three Tun Tavern, the first pub it opened in the Irish market, to the investment group that owns the Lemon & Duke and The Bridge 1859 pubs in Dublin, according to the Business Post. The investment group includes well known publican Noel Anderson, and former rugby stars Jamie Heaslip, Rob and Dave Kearney, and Sean O’Brien.

The Sunday Times said Government TD Barry Cowen has asked the European Commission and the Irish state competition regulator to investigate ESB for alleged anti-competitive practices. The Offaly Fianna Fail TD has raised concerns over ESB’s wholesale electricity activity and its participation in capacity auctions by EirGrid. He says a document passed to him alleges that €250 million was added to customer bills between July and September last year over ESB’s wholesale pricing strategy. ESB has denied any wrongdoing.

The Business Post also reported that Northern Ireland property developer Paddy Kearney, who is suing stockbroking firm Davy over a deal for Anglo Irish Bank bonds, has asked a court to order the members of the so-called Davy 16 executives associated with the firm, who he has alleged were on both sides of the deal, to disclose the profits they made. Davy has already been fined €4.1 million by the Central Bank of Ireland over the affair.

A hospitality business near the tourism hotspot of Killarney is the first in the State to use a new low-cost alternative to examinership launched this year, known as Scarp (small company administrative rescue process). It allows companies to restructure debts without the need for expensive court proceedings. Moriarty’s of the Gap of Dunloe, a craft shop and restaurant, is seeking to use the scheme.

Eamon Ryan, the Minister for the Environment, wrote to An Bord Pleanála last October to say that a proposed new €650 million liquid gas facility should not be permitted “under any circumstances”. The Business Post reported that the minister intervened with the planning authority after investors submitted a planning application to the board for a gas terminal and power plant on the river Shannon estuary in Kerry.

McCaughey steps back from US business

Former Century Homes timber frame homebuilder Gerry McCaughey has stepped back from day-to-day management of the US business he founded, Entekra, according to the Sunday Independent. Mr McCaughey will now chair the loss-making business, which the paper says had revenues last year of $100 million. 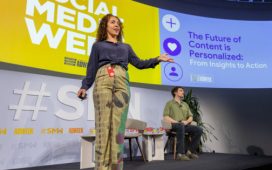