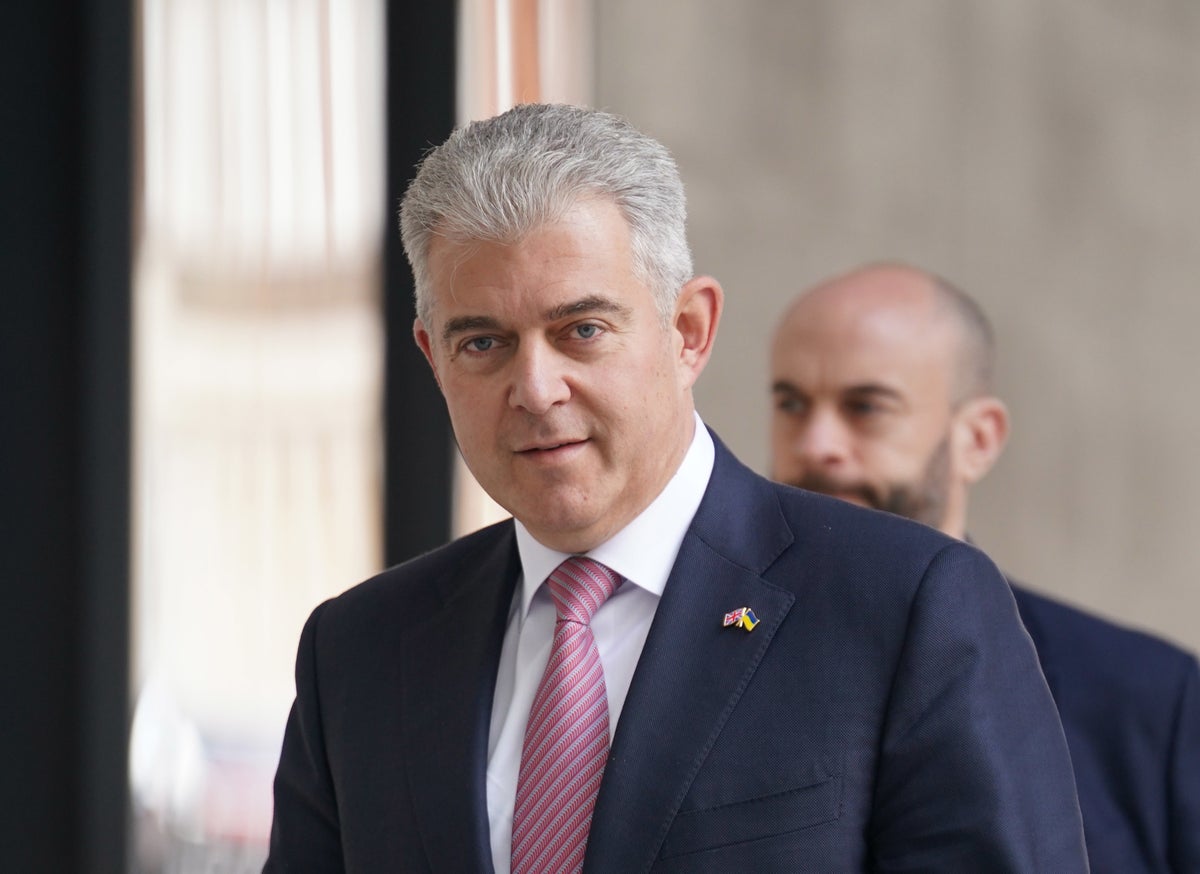 Brandon Lewis has said he does not think Boris Johnson will face a confidence vote — despite acknowledging only one senior backbencher knows the true number of disaffected MPs.

The Northern Ireland secretary also said the prime minister would survive any vote amid warnings from a former cabinet minister over the weekend that discontent is spreading in the Conservative ranks.

Since the publication of the Sue Gray report into rule-busting parties in No 10, there has been a drip-feed of Tory MPs expressing no confidence in the prime minister’s leadership.

Around 24 Conservative MPs have publicly called on Mr Johnson to resign since the Partygate scandal emerged, with one suggesting in a statement that a no confidence vote is “inevitable”.

Over a dozen have revealed they have submitted letters of no confidence, but the number could be higher — due to the secretive nature of the process.

Under the party’s rulebook, 54 MPs have to submit a letter of no confidence to the Conservatives’ 1922 chairman, Sir Graham Brady, in order for a vote to be triggered on Mr Johnson’s leadership.

Asked whether he thought the prime minister will face a confidence vote, Mr Lewis told Sky News: “I don’t think he will, actually.

He acknowledged, however, that only Sir Graham is aware of the true numbers of no confidence letters that have been submitted by MPs in the party.

“That’s never leaked, I doubt it ever will leak,” he stressed. “So anybody whose debating what the numbers were or are today is pure supposition.”

Asked on the BBC’s Sunday politics whether the prime minister would survive a vote of no confidence, Mr Lewis added: “Yes – but I don’t think we’re in that space”.

The cabinet minister also played down modelling from the pollsters YouGov which showed over the weekend the Conservatives could lose all but three of 88 key battleground seats in a general election.

“Polling is a snapshot,” he said. “First of all, we’ve got a fair way to go. There is not a general election in the next few months. It could well be a fair way away.

“And there is a lot of work we are doing to deliver for people and I hope by the time we get to that general election, people will see two key things: one is that we have delivered, the prime minister has got those big calls right, and they will see a manifesto that is exciting about the future.”

He added: “The work we do as parliamentarians, as campaigners can make a very big difference, and I still think we will win the next general election and I think that is in the best interests of the country.”