City Administrator Angel Weasner acknowledged that City Treasurer Jeremy Jude, who was present at the workshop, resigned in September.

Weasner said she and Jude independently came to the same conclusion. “We have very good workers who are working very hard and diligently,” she said, “and we do not have enough work for everybody.”

Rather than hiring an accountant to replace Jude, Weasner recommended dividing his duties among the rest of the city’s administrative staff.

Weasner said she has reviewed the segregation of accounting duties and has it planned so that it does not raise issues in the city’s audit. Staff will receive additional training so they can help each other, she said, but regular duties will be distributed evenly.

Council member Tom Conway asked whether this would create a conflict with Weasner’s role as administrator. She said it would not, pointing out that she will still have the same, limited spending authority without council approval.

According to the state auditor, Weasner said, if the city clerk and treasurer are the same, the city is required to have an audit. However, she said, the city already has to have an audit because its annual expenditures exceed $500,000.

According to the webpage “Current Audit Revenue Thresholds” from Minnesota’s Office of the State Auditor, cities with a population over 2,500 must have an annual audit. The audit threshold for cities with fewer than 2,500 people is annual revenue over $233,000.

Weasner said she will review payroll and accounts payable. “I did a lot with the budget this year, so it will not be a surprise,” she said, adding that everyone will have the same job duties with some additions.

Conway and Mayor Ryan Leckner discussed trying the new arrangement to see if it works, and looking for help if staff starts falling behind.

Weasner said the city is implementing a new financial system, which she hopes will create trust and reduce the need for redundancy. She said the outgoing software left staff feeling “leery,” for example, by showing totally different results when running the same report two days in a row or not showing information included in a previous report.

Weasner said staff has caught up on accounting tasks where they were previously behind.

Jude agreed that the new software should increase efficiency. He added that Weasner took over a lot of his position’s budgeting duties because she wanted to familiarize herself with the city’s finances.

“She’s got way more municipal financial experience than I ever had,” he said. “So, she’s much better suited to oversee and direct the finances of the city anyway. So, I think it would be honestly redundant to fill that position at this time.”

Jude said he left the position because he foresaw that the city would have to make some hard decisions about cutting staff or staff hours.

“I was under the impression, when I started here, that the utility billing was a major operation,” he said. “There was a ton of overtime involved. We found out that with a very good person in that role, there was no overtime – and this was with a substantially crappier system than we’re going to. That’s kind of what drove my personal decision.”

See also  Can you spot Annie Murphy in Brockton in this 'Kevin Can F*** Himself' trailer? - Enterprise News

Jude said the city now has excellent people in accounting support roles who are always looking for more work to do. Weasner said she plans to add the new accounting duties to their job descriptions and give them temporary wage increases.

Conway said he would prefer the term “interim,” rather than temporary, and council member Erika Randall questioned why increases wouldn’t be permanent.

Weasner explained the increases would only be temporary until the city’s next pay equity report and contract negotiations. Council members also reminded her that any temporary pay increase will have to come before the personnel and finance committees as well as the council. 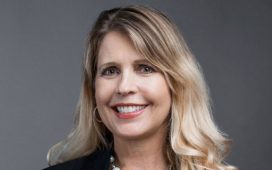