Voxels are a great tool for gaming. They’ve given games like Minecraft the tools they need to produce their worlds and have added some spectacular abilities to the wheelhouse of rendering in video games. For a while, voxels became a bit of a buzzword in video games, appearing on the front page of every new indie release hoping to go viral on YouTube or Twitch. A game that takes full advantage of voxels, perhaps a little too much, is Paint the Town Red, a 3D, first-person brawling game (sort of) that’s fresh off of Early Access.

Paint the Town Red has been in Early Access since 2015, and 6 years later it’s finally ready for prime time. The main thrust of the game is sort of hard to land on in all honesty. Most of the advertising material points towards the game being, as I described it above in a half-arsed sort of way, a 3D brawler. Indeed, the first mode that pops up when you boot the game is just that, a brawling mode that challenges you to start, and then survive, a huge brawl with sometimes upwards of 70 different combatants at a time.

These brawls take place across 6 different levels, 5 if you don’t include that level that’s just a night version of one of the others, each themed after a different place where a huge brawl would conceivably take place. As you can probably guess, they’re different variations of places where people can get drunk, and then prison thrown in for good measure. There are also some fun modifiers you can add, such as zombie mode or ‘oops all machetes’ to spice things up a bit, but the main point is to kill everything before it can kill you.

One of the most important, and well done I might add, elements of Paint the Town Red, is the combat system. It’s mostly about melee combat, and you can either jab or swing your fists around, as well as doing the same with various weapons themed after the location you’re fighting in. You can also throw weapons, perform a kick straight from the movie 300, and come equipped with 3 special powers that you can use to lay waste to your enemies. All of this goes together to make a surprisingly satisfying combat system.

The element that really goes a long way to making the combat to satisfying and visceral are those precious voxels. Whenever you hit someone, that part of their body reactions according. For instance, if you take a pool cue and shove it full force into someone face with a quick jab, they get a hole in their face, spray blood everywhere, and clutch their wound, hilariously leaving them open for you to swing your improved club around and take their head clean off. That last part is probably less realistic, but it’s still hilarious to watch.

Indeed, by the end of a brawl, if you manage to survive, the entire area is completely soaked in blood. All the body parts and fluids are persistent from the start to finish, so if you manage to survive the whole thing, you’ll have a level filled with 50+ people’s bodies in various states ranging from solid to liquid. It does make winning pretty satisfying to get to the end of a brawl, look over all of the destruction you caused and then just simply walk out of the exit. You can almost hear the guitar riff playing as you leave.

So that must mean that Paint the Town Red has a fantastic brawn mode, right? Visceral combat, satisfying victory, and endlessly cathartic. Unfortunately, it’s just not the case. These brawls are huge and can go on for a long period of time, but the chances of actually winning them without modifiers tipping the balance in your favor are pretty slim. There is no way of healing, or at least not any way that I found, and that means that you have to survive fighting huge numbers of people, all of home do as much damage to you, as you do to them.

A single enemy wielding a bladed weapon or broken bottle can wipe a third of your health in a single hit, so you need to make sure that you’re basically never getting hit. What you end up with is a game where the best strategy is to hide in an unreachable spot, dashing down to grab weapons, then throwing them at your enemies as they idiotically crowd around your hiding place like a gaggle of particularly stupid ducks waiting for you to throw things at them until they stop moving.

It’s a shame too, because if it felt good to really get stuck in, then these brawls would feel amazing. It’s genuinely fun to use the combat and watch literal chunks come flying out of your opponents when you hit them, but that’s not enough to carry the mode on its own. Enemies gang up on you almost unprovoked, and it doesn’t take long for you to have 10+ people all vying for your blood. Because it’s first person, you’re going to get hit by someone offscreen who’s decided to aggro on you without you noticing. All those hits, eventually up.

Paint the Town Red also features an Arena mode that puts you in a literal coliseum and has you facing off against various waves of enemies with different traps and weapons available. It’s much the same deal as the brawl mode, but much less long-winded. Your best bet is to throw things from a distance or lure the terrible AI into traps by backpedaling. Not much to write home about, but that’s when the really interesting mode comes in: Beneath.

Beneath is a rogue-lite dungeon-crawling RPG that uses the combat system from the main brawl mode of Paint the Town Red. There are 4 starting classes to choose from, unlockable upgrades, and various floors to fight your way through against various enemies ranging from laser crabs to straight-up zombies. This mode is absolutely huge too, it’s basically a whole separate game. What’s most baffling is the fact that this mode doesn’t get top-billing, either in advertisements or in the game’s menu itself, losing out to the much-less-interesting brawling mode.

One of the things that make the Beneath mode more interesting is the way it tells a story. Much like other recent indie games have done, the story is completely optional, and told mostly through the environment. If you want to learn what’s going on, you need to pay careful attention to background details. All-in-all, this style of storytelling works great for this game. If you’re just there to watch voxels go flying, then you can do that. If you want to know why you’re pummeling this gremlin with a crowbar, then you can look into it a bit more. Fun for everyone.

At least, it should be. This is where the third act twist comes along and ruins this redemption arc for Paint the Town Red. Two sad facts completely cripple the console version of this game and make it fundamentally unenjoyable. Firstly, the progress in Beneath is far too slow. Hours and hours of grinding for energy to purchase the permanent upgrade and you’ll have unlocked about 2 or 3 of them. Far too long to stay interesting, considering each new run in the dungeon forces you to go through the same area aesthetic and fight the same bad guys over and over again.

The second thing that completely ruins it is the lack of co-op multiplayer. For some reason, co-op is not available on console, despite being featured in the PC release. It’s very clear that Beneath is geared around players being able to choose different classes and then being able to back each other up, such as the vanguard features a healing ability that is an area of effect, rather than self-targeting. Without this co-op function, you end up having to play twice as long to get half as much done, and the slog you have to go through stops being worth it before it pays off.

Paint The Town Red also lost functionality in its other modes too. On PC, you have access to a whole slew of user-created levels, character textures, and music packs. Without them, the paltry 6 levels available just doesn’t feel like it offers enough variety, and without co-op to back up any of the modes in the game, the game ends up feeling more like a chore than entertainment.

Overall, Paint the Town Red is a completely gimped experience on consoles. No co-op and no user content means you end up with a game that’s unique selling points are quickly drowned out in a flood of attrition combat and soulless grinding. On PC, it may be a different story. Despite how great the combat system itself is, and how awesome the voxel-based damage system looks and feels, there’s just not enough here that’s worth fighting your way through to make it worth recommending to pretty much anyone. If you absolutely have to try this game out, get in on PC, not on console.

TechRaptor reviewed Paint The Town Red on Nintendo Switch with a code provided by the developer. The game is also available on PC, PlayStation 4, PlayStation 5, Xbox One, and Xbox Series X|S. 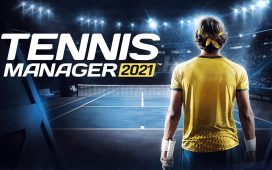 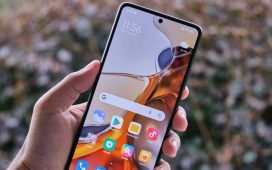 Two Chips, With a Battery Focus 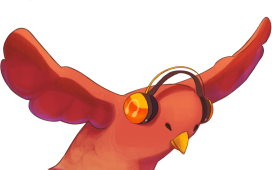 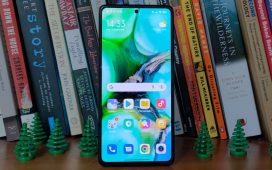 CEO of a autos retailer on reasons behind electric vehicle hesitancy