Outbrain is one of several open web advertising platforms that display links on some of Australia’s biggest digital publishers, and undoubtedly one of the most influential.

The open web discovery and native advertising provider recently confirmed a partnership with Nine’s suite of digital assets, following months of speculation. The deal came shortly before Australian Community Media signed on with Outbrain in a three-year partnership of its own.

Moves like those are catching the attention of marketers, especially those looking for new ways to spend with the ongoing impact of lockdown on traditional sectors. And even though Outbrain was founded in 2006, 2021 seems like a year of opportunity, with advertising on Google and Facebook under the scrutiny. 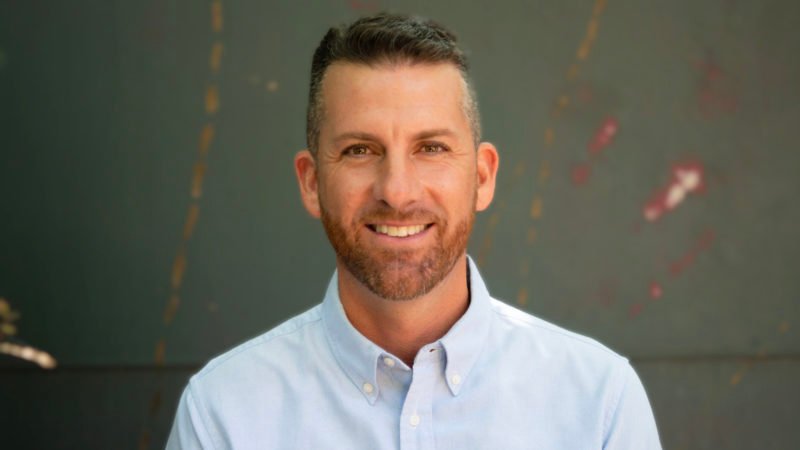 “We’ve actually been working with Nine for a number of years, mainly on their international pages. We’ve always aspired to grow the relationship.

“Nine has always impressed me since the days of taking on the Fairfax business. They’re incredibly forward-thinking, very savvy as far as what it takes to win in the publishing world. I think that we will be able to create some really extremely interesting opportunities for our advertisers.

“That’s not just your typical below the feed add slides, we’ve got mid-article placements, really premium high impact ad opportunities, that had never been seen across the Nine Network.”

With Nine signing on to Outbrain, and open web discovery competitor Taboola working with News Corp and announcing deals more recently with Seven West Media and Val Morgan Digital, there are have been inevitable questions about what’s next when all the major digital publishers have signed with one or the other.

READ  What Apple didn’t announce: An iPhone 12 - The Washington Post

“We had a fantastic year, and I think that the combination of COVID and Donald Trump really fed into consumer interest in news, which naturally works well for us. Discovery itself was up 13% in the September quarter alone, according to the IAB,” Burke says.

Burke explains that Outbrain is moving forward with a technology roadmap, which he says will differentiate the provider from the rest of the market.

“I think that I’m ever optimistic about opportunities to work with new partners. We have established a lot of integrity in the relationships we have with our partners, especially when times got tough last year,” he says.

“We’re very open with expanding our network, not just by bringing on more publishers. But we think that our technology roadmap is such that it’s a really exciting way that we are differentiating ourselves from the rest of the market, and creating significant advantage for publishers and advertisers alike that work with us.”

Burke also welcomes the competition but believes that Outbrain will remain at the front of the queue, having “created the space” over a decade ago.

“It’s not to say that we haven’t experienced the competitive tension. We love that tension, it drives us forward. We will move forward with looking at opportunities in a more sophisticated way to provide those discovery events, and using data in a more intelligent way.

“Advertisers love working within our network because the ad mix we serve is more relevant and more interesting,” he insists. “It increases the likelihood of engagement naturally that works for publishers as well, where they find that your readership session times are up.” 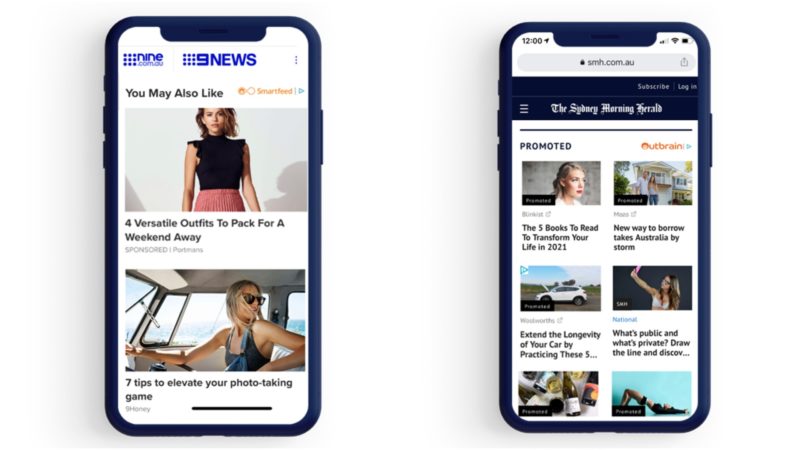 Outbrain feeds on 9News and the SMH

Outbrain and Taboola announced in late 2019 that they planned to merge to create a ‘meaningful competitor to Facebook’, a deal that went south because the culture clash between the companies was like “mixing water and oil”, Burke says.

Despite the deal not getting up, Burke suggests that advertisers should still consider Outbrain on its own as a “genuine alternative to Facebook and Google”.

“With agencies, brands, performance marketers reviewing and assessing every dollar they spend so carefully, it’s imperative that they feel confident they’re spending money on a network like Outbrain that is genuinely going to deliver returns.

“What we’re hoping to convey to the market is that while there are turbulent times ahead with the top end of time, there are exciting opportunities for marketers to get significant cut through with us.”

That opportunity is also coming from the scrutiny that the digital behemoths are experiencing, and will continue to be under in 2021, especially with the spotlight shining on the proposed News Media Bargaining Code.

“It’s not right for me to comment on the substance of the code and the changes that could come for it, but it’s more important than ever that publishers both small and large are thinking very carefully about discoverability,” Burke says.

“We have always seen ourselves as a genuine opportunity for advertising outside the duopoly (of Facebook and Google). So this is now forcing marketers’ hands to think about other avenues.”

Burke reveals that Outbrain took steps some years ago to eliminate fake news, despite knowing it would be a backward step commercially.

“We are continuously monitoring all advertising that is running on our platform. That is something that’s really top of mind, “ he says.

“We genuinely feel that we’ve been a leader in identifying and eliminating any fraudulent activity that we find on the open web. We were eliminating fake news and content across our network four or five years before the media really caught on that this is an issue that needs to be dealt with.

“It was roughly 25% of our revenues that we eliminated, but we felt like it had to happen in order to support an autonomous open web. Our commitment to quality means that any deceptive ads that make any false or dangerous claims, or that are considered offensive, are not accepted on our network.”

When asked by Mumbrella about their own policies on misinformation, a spokesperson for Taboola said the platform has its own in-depth policy and screening from a human audit.

The rest of 2021 is now about telling Outbrain’s “powerful story” to more prospective advertisers and publishers, Burke says.

“2021 is really exciting, particularly here in Australia. Even just in the most recent announcements with our relationship with both ACM and with Nine, our ability to get to almost every eyeball in Australia is a really powerful story.

“Looking at the ACM group and regional Australia, we’ve seen a huge migration out of cities and into regional Australia. It’s more important than ever that we are creating opportunities for advertisers to find these audiences, and to do so in a really intelligent way, generating great returns.”