Techregister Logo
Techregister > Internet > Online shopping has been supercharged by the pandemic. There’s no going back
Internet

Online shopping has been supercharged by the pandemic. There’s no going back

The winners: The pandemic forced Amazon (AMZN) to hire more workers and overhaul its supply chains. But Jeff Bezos’ juggernaut has emerged stronger than ever, repeatedly trouncing Wall Street’s sales expectations.
Other retailers that invested heavily in e-commerce before the pandemic are also thriving. Walmart (WMT) is one example, but there are other less obvious success stories. Ikea, which is best known for its cavernous big box stores, reported a 45% increase in online sales over the 12 months to August.

Going bust: The ranks of the less fortunate include companies that didn’t fully embrace online shopping, or that relied too heavily on sales in malls. J. Crew, Brooks Brothers, Sur La Table and Men’s Wearhouse owner Tailored Brands have all filed for bankruptcy in recent months. The company behind Pringle sweaters and Harris Tweed is also at risk of collapse.

US e-commerce sales will increase 18% to $710 billion this year, research firm eMarketer estimated in June. Global sales will nearly match that pace of expansion, rising 16.5% to $3.9 trillion.

There is some early evidence that consumers won’t revert to their old ways. A research paper from McKinsey earlier this year said trends in China suggest that between three and six percentage points of market share gained by online channels will be “sticky.”

The longer the pandemic drags on, the more likely that consumers stick to their new habits. Companies are racing to adapt.

“We’re seeing a much broader set of the retail ecosystem really seeing e-commerce as a top priority, and that has certainly amplified since Covid,” Bill Ready, Google’s president of commerce, told me in an interview.

“Consumers have dramatically shifted their shopping to online over the past six months,” said Ready, adding that shoppers are embracing e-commerce innovations such as curb-side pickup in large numbers.

Google has accelerated its own e-commerce plans in response to the pandemic, Ready said. The search giant is now allowing retailers in Europe, the Middle East and Africa to list products on its shopping tab for free, after doing the same earlier this year in the United States.

What next: The stakes are high, especially for small businesses that were slow to get started and are now desperately trying to catch up.

“Previously, many retailers might have said, ‘well, e-commerce is a relatively small part of the overall business, maybe 10%,'” said Ready. “Now that’s grown dramatically to 30% or 40% plus for many retailers.”

Even e-commerce giants can’t afford a misstep. Investors will be watching closely later this week when Amazon celebrates its annual Prime Day with deep discounts on Tuesday and Wednesday.

The event, which will be held roughly three months later than usual, is expected to generate $9.9 billion in global sales for Amazon, up 43% from last year’s event, according to eMarketer.

India’s equivalent bonanza, which pits Walmart-owned Flipkart against Amazon in a fierce discounting battle, kicks off later in the week.

What a Biden presidency would mean for banks

As the nation’s biggest banks prepare to report their latest earnings this week, these titans of Wall Street face a conundrum.

Many financial services executives are supporting Joe Biden over President Trump — even though a Biden win could be a slight negative for the industry, my CNN Business colleague Paul R. La Monica reports.

The rub: Deregulation championed by the White House, Trump’s tax cuts of 2017, and low interest rates ushered in by Trump-nominated Fed boss Jerome Powell have helped fuel a market rally that was — at least until Covid-19 hit — good for bank profits.

But according to a recent analysis from S&P Market Intelligence, Biden’s proposed tax plan could lead to a combined $7 billion increase in corporate taxes annually for the nation’s top 10 banks.

Executives from JPMorgan Chase, Citigroup, Bank of America, Wells Fargo, Goldman Sachs and Morgan Stanley will almost certainly be asked about the election during this week’s earnings calls with analysts and investors.

Counterpoint: The S&P analysts noted that a higher corporate tax rate could actually boost bank valuations. That’s because many big banks have assets on their books that would actually increase in value if tax rates went up.

“With the economy likely still struggling to recover from the pandemic-induced recession … moderate Democrats in conservative states … would push back on a significant tax increase,” Isaac Boltansky, an analyst for Compass Point Research & Trading, wrote in the S&P report. 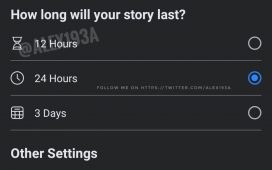 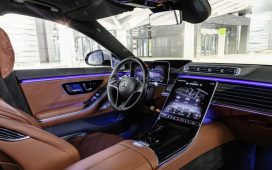 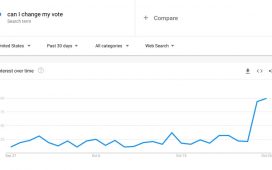 Day of learning encourages girls into science and technology sector

5 Credit Mistakes That Can Haunt You – Business – Enterprise News