Carl Pei left OnePlus in the year 2020, aiming for a new project that’d be revealed in 2021. Here in 2021, the company was revealed to have the name “Nothing Technologies Limited.” Or just “Nothing.” Today it was revealed that Nothing took over ownership of what remains of Android founder Andy Rubin’s smartphone technology company Essential.

Last week it was revealed that Nothing was getting some monetary backing from Alphabet’s VC arm. This week, 9to5Google found a set of listings in the UK Intellectual Property Office. It was revealed that Andy Rubin “signed over ownership” of Essential over to Nothing Technologies Limited.

The process for moving Essential ownership to Nothing began in November of 2020. It would appear that everything Essential is now officially under ownership of Nothing – at least in the UK. UPDATE: Per UK records, reassignment of ownership was made not between companies, but people – from Andy Rubin (id 1528181), to Carl Pei (id 1528125). The “effective date of assignment” was November 25, 2020, with received date for full assignment on December 18, 2020.

This likely suggests the companies have agreed to combine their efforts – or that Nothing decided to use the massive amounts of cash they just received from funders to buy Essential for their patents. They’ve been patenting products like “mobile device” and “hone assistant device” and “handheld writing implement form factor mobile device” since 2017.

ALSO NOTE: Essential Products, INC. continued to file for patents through March of 2018 according to the USPTO. Their most recently granted patent was in March of 2020. Two patents were granted by the USPTO for Essential in March of 2020, one for a “handheld mobile device for adaptive vehicular operations”. The other was “modular light detection and ranging device of a vehicular navigation system.” They’ve not yet been reassigned to Nothing.

ALSO: There’s a countdown timer on Nothing’s homepage right now that ends at 4AM Central Time, February 16, 2021. It’s not yet clear what’ll happen when the timer expires, but it looks like it’ll have to do with Shopify. So maybe there’ll be a store on the site – we shall see! 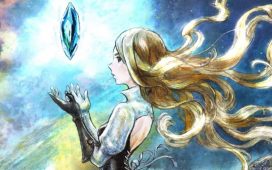 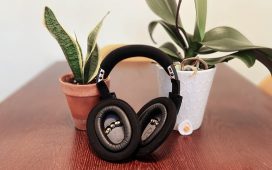 Review: Kokoon Sleep Headphones are a solid concept, but not for everyone