Having decided against introducing an EV tax six weeks out from this month’s state budget, Mr Perrottet is still considering a kilometre-based fee for the new vehicles.

It is understood one option would invest the money generated from the new tax into infrastructure to encourage the technology, including charging stations.

Mr Perrottet has indicated he wants to take a plan over an electric vehicle tax to cabinet in coming months. He said he was grappling to find a sensible policy solution that would generate revenue for road maintenance in the future without impeding the growth of the industry.

“It’s a balance between insuring as fuel excise declines that we have a fair and equitable system where people who use our roads pay for our roads,” Mr Perrottet said.

“At the same time, we don’t want to stifle innovation of more environmentally friendly vehicles and an emerging market, so that’s what I’m grappling with.”

I want to see NSW the leader not only in the country but on the global stage when it comes to that new economy that’s coming whether we like it or not.

Scepticism also exists over forecasts for vehicle ownership in Australia, which underpin how much an EV tax would generate.

Mr Constance said individual car ownership would likely decline in coming years as people turn to ride-share or other transport modes, and the government could not afford to assume there would be the same number of personal vehicles on the road next decade.

The tax could be introduced in next year’s budget or as early as the mid-year review in February.

Victoria’s tax will levy 2.5 cents per kilometre driven by electric and other low-emissions vehicles and 2 cents for plug-in hybrid electric models, and is expected to raise $30 million over four years.

“I want to make sure that EV drivers pay their fair share but at the same time we don’t want to stifle innovation, we don’t to disincentivise people taking up these better alternatives,” said Mr Kean, whose government car is a Tesla, the first among his colleagues to go all-electric.

“I want to see NSW the leader not only in the country but on the global stage when it comes to that new economy that’s coming whether we like it or not.”

A spokesman for the Treasurer earlier this week said the government was “actively” looking into the recommendations of an independent review of the state’s federal financial relations.

That report recommended that NSW phase in a fair and nationally compatible road user charge, which could use electric vehicles as a potential pilot.

“Revenue should be hypothecated to expenditure on roads and other transport infrastructure. Electric vehicles could be used as a pilot, with new user charges to replace some existing charges,” the NSW Review of Federal Financial Relations report said.

The other states’ moves towards taxing electric cars attracted criticism from environmental groups and the industry. Electric Vehicle Council chief executive Behyad Jafari likened SA’s decision to tax electric vehicles to “responding to a drop in the tobacco tax take by slamming a new excise on nicotine gum”.

Mr Jafari said states would not be able to reach zero emissions by 2050 if they introduced a tax on EVs. “NSW is already languishing up the back of the pack in the global race toward electric vehicles,” Mr Jafari said earlier this month.”

Our Morning Edition newsletter is a curated guide to the most important and interesting stories, analysis and insights. Sign up to The Sydney Morning Herald’s newsletter here, The Age’s here, Brisbane Times’ here, and WAtoday’s here.

Tom Rabe is Transport Reporter with The Sydney Morning Herald.

Peter Hannam writes on environment issues for The Sydney Morning Herald and The Age. 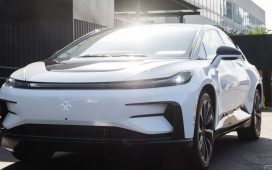 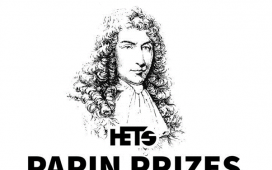 Opportunities in the Increasing Adoption of Cloud-Based Technology and Industry 4.0 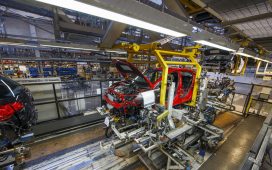 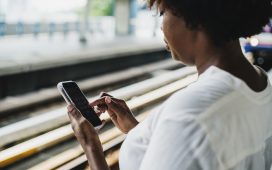 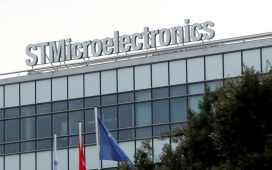 After outrage from startups, Google to simplify Play Store policy for loyalty programs

Dentsu forecasts revival in adspend in 2021, digital to account for 50% for first time