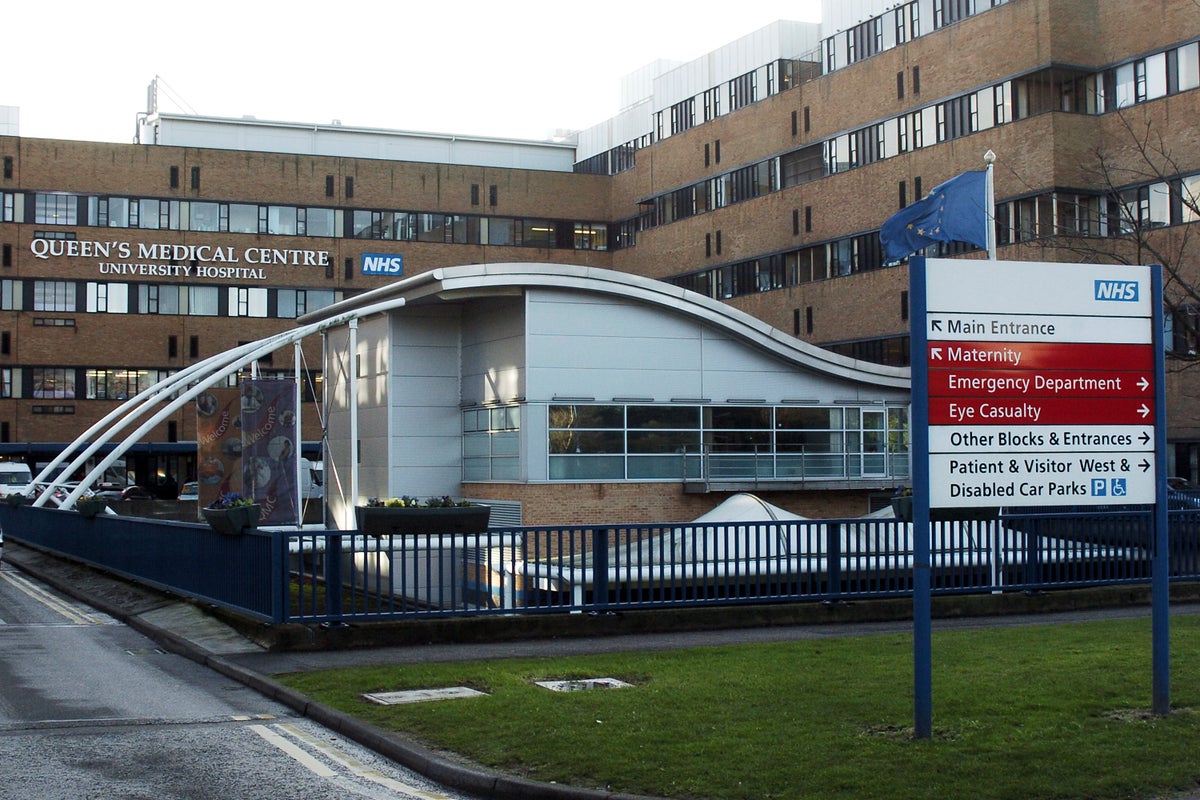 Maternity staff at scandal-hit Nottingham hospitals are not all trained to monitor babies heart rates, a new review has warned.

The review is due to be taken over by Donna Ockenden and restarted with new terms of reference following campaigning by families.

However, an interim report identifying initial areas of concern has been complied by the current review team.

The Nottingham maternity review was commissioned after revelations fromThe Independent and Channel Four News that dozens of babies had died or been brain-damaged following care at Nottingham University Hospitals Foundation Trust.

The initial review was launched in July 2021 and nearly 600 people have come forward to the current review team.

In an interim report the current review team, who are due to be replaced, have raised concerns over whether all staff at the trust, both permanent and agency, are properly trained in monitoring fetal heart rates.

Problems with the monitoring of fetal heart rates, called Cardiotocogram assessments, have been raised in previous review into maternity care.

The Shrewsbury maternity inquiry found earlier this year many cases where CTGs were not correctly read or acted upon by staff leading to harm.

The CQC highlighted the issue in December 2020 following an inspection when it found“evidence of multiple occasions when CTG categorisation tools were not used and CTG traces were not categorised correctly. Traces were not always reviewed by a senior member of the medical team when necessary, meaning there were missed opportunities to identify risk to women and babies.”

The interim review flagged difficulties in securing the data required for thier investigation. According to the report it took five month to complete the data sharing agreements.

The interim Nottingham report, which looked at 39 reviews done by the Health and Safety Investigation Branch also warned of a lack of available triage at the trust, failures in the management of fetal growth restriction and low staffing levels.

The interim report found “systemic issue” with the recording of women’s race by the trust as it just 82-85 per cent of mothers had their face recorded compared to 95 per cent at other similar trusts.

The report said: “This limits the ability to assess whether ethnicity may play a role in outcome terms and therefore the ability to gain a clear view of any potential health inequalities. Recording of ethnicity is particularly important for the purpose of antenatal screening, for example in monitoring the risk of gestational diabetes and for sickle cell screening.”

The review team also said they were particularly concerned over the fact the trust had not implemented the national “saving babies lives” guidelines fully.

These were safety guidelines introduced to help prevent still births.