New ownership is coming to the Ferndale Enterprise, the city’s 143-year-old weekly newspaper.

Journal publisher Melissa Sanderson shared bringing a community feel back to the paper is among her plans for the Enterprise’s new era.

“Readers can expect a lot more information. They can expect to see things that they’re not going to see online. I really want to take the Enterprise back in time to where it was more of a simpler time,” she said.

Caroline Titus, who has been the Enterprise’s editor and publisher for over 25 years, expressed approval of the purchase.

“After putting to bed more than 1,300 consecutive issues, it’s time I take a break,” the long-time head of the Enterprise said on a news post announcing the purchase. “I couldn’t be happier that such a reputable and prestigious publication has purchased Ferndale’s history book and the oldest business in town. It just feels so right.”

Titus will still be a part of the weekly as a contributor, with NCJ news editor Thadeus Greenson acting as the Enterprise’s new editor, the Enterprise reported.

The Ferndale Enterprise published its first edition in May 1878. It is the oldest existing business in the Cream City.

Sanderson said she plans on expanding the paper’s coverage to Fortuna and other corners of the Eel River Valley, including coverage of city council meetings.

Fortuna previously was covered by the Humboldt Beacon, which no longer is published. Longtime Beacon writer Mary Bullwinkel continues to cover the Eel River Valley for the Times-Standard submitting several stories a week.

Ownership of the newspaper is set to change hands on Oct. 1. 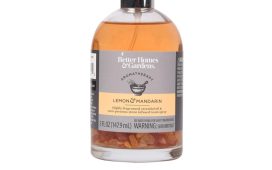