It’s a warming feeling to see the Nokia label still producing phones. HMD Global, Nokia’s new owner, has continued the label’s successful approach from the ’90s and 2000s of producing proper phones for a proper price.

The once-unbeatable bastion of first-phone owners has released a raft of new models in recent years in an attempt to reignite our love affair that began with the universally recognised jingle and was solidified by the world’s first truly indestructible product, the 3210.

Premium brands (we all know the ones) have persuaded swathes of the population that in order to have a phone that even works, you need to fork out hundreds of pounds – the more, the better. While it’s true that there are some out-of-this-world phones at the top end of the market that offer owners a revolutionised lifestyle, that’s not what most people want out of a phone.

For a budget smartphone that does the basics (something already revelatory, compared with even ten years ago), there are plenty of options, including Nokia’s 1.4 model. Advertised as a phone for the family, Nokia’s target market is certainly children and first-phone owners, but at a bargain £89.99, and with all the basics covered, can the 1.4 demand the attention of a wider audience looking for a good-value second handset too?

We’re not in the business of being unfair, so we approached the Nokia 1.4 with its position on the market firmly in mind. It’s there to provide the basics, so we made sure these were covered, be it through the display, processing power and speed, battery life or sound quality. We also looked out for any unexpected extras for the price, and took a step back to gauge a general feel for the 1.4. Is it a viable second-phone option, and does it provide everything you need for a child’s first phone?

This is a good-looking phone, surprisingly so for such a budget model. The back of the 1.4 is pleasingly sleek, a chrome and textured design that comes in either charcoal or the geographically accurate “fjord” that gleams in attractive blue or purple hues, depending on the lighting. The textured finish is also a bonus when handling the phone, as it guarantees zero grubby fingerprints – we say this in the context of both messy children and equally messy adults.

The fingerprint sensor is on the back, instead of the on-screen placement you see with more recent high-end phones, but we like its ergonomic positioning just below the camera set-up. The cameras themselves are arranged in an appealing circular design, similar to many of Nokia’s newer models. The phone is quite thick but manages to be light for its size, coming in at 178g. Despite its airy weight, the 1.4 has a sturdy feel – you’d be confident handing it to children, or chucking it into your rucksack when off for a long weekend away. The 1.4 still uses a Micro USB connection for charging, so bear that in mind if you’ve made the full move to USB-C. A charger is included, so no rummaging in the back of dusty drawers is necessary, but don’t expect anything resembling fast charging.

The display is larger than the Nokia 1.3, a welcome size boost that helps show off the 1.4’s solid clarity and brightness well. Video quality is surprisingly clear, providing a good level of contrast through the HD+ screen. This also helps hugely with script clarity: our eyes never felt under strain when reading news articles. The sound is pretty good, with a solid maximum volume and very little muffle coming from the single speaker at the bottom of the phone. We happily watched a BBC documentary on the Ibex (thoroughly recommended) without the performance faltering.

There’s not much development from the 1.4’s predecessor when it comes to processing power. The 1.4 has the same processor at the Nokia 1.3, meaning no improvement in processing speed or snappiness. It’s a shame, as a little boost in power could elevate the 1.4 to a higher level, but we appreciate this could be a bit of an ask in a sub-£90 phone, especially when both storage and display have been improved.

Navigation is a little jittery, due to the lower-end chipset, but not prohibitive to the phone’s use, and is better than we’ve come to expect from many similarly-priced models. It’s not the most sensitive touch display, and this combined with the slower processing speed led us to occasionally press a couple of times to make sure our tap had been registered. Besides this slight blip, the experience is pretty smooth, and Android Go provides a clean operating system that’s easy for anyone to pick up.

Fingerprint and face recognition security works without issue, and built-in parental controls mean that the 1.4 is officially child-safe, adding another element to the first-phone argument that stacks up in the handset’s favour. The 4,000mAh battery is impressive at this price, and comfortably provides a full day of heavy usage. Nokia says that you should be able to get two days out of the battery with normal usage, and we’re inclined to agree.

The camera set-up is basic. The 8MP main camera takes decent photos if you can get the lighting right, but doesn’t deliver crisp photography if there are different levels of light within the same setting.

Darker settings or consistent light produce the best results, with the 2MP macro performing at a similar level. Image enhancement works to improve certain elements of your photo, and they’re both decent cameras, but don’t produce the clarity that most of us are used to, especially from our primary phones.

It’s the same when it comes to the 5MP front camera, producing base-level photos that can sometimes veer into slightly fuzzy, especially if the phone doesn’t process your tap immediately (as happens semi-regularly) and you begin to move away from the shot.

The Nokia 1.4 is the perfect starter smartphone, at a price that beggars belief. From a great screen size to its super lightweight feel, there’s not much wrong with it. Yes, its specs aren’t brilliant: it’s not the smoothest operator, feeling a little clunky when moving between apps, and the camera is grainy without due attention spent on getting the right shot. However, what isn’t in doubt is that it all works and looks great doing so: at this price, what more could you want.

For the latest discounts on phones and other tech offers, try the links below:

Want to stick with Apple? Read our verdict on the new iPhone 13 and iPhone 13 mini 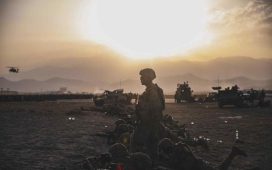 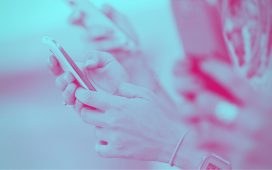 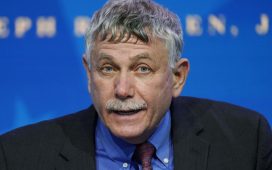 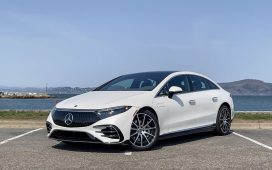