Advertising leaders called on the government to rethink its plans to sell off Channel 4 in a joint open letter, organised by Campaign.

Many elaborated on their thoughts:

As the trade body for brand advertisers in the UK, ISBA represents more than 70% of UK’s top 100 advertisers. ISBA opposes the privatisation of Channel 4 – its unique remit produces innovative and distinctive broadcasting which attracts a highly valued, young and diverse audience for UK advertisers.

There is a substantial risk that the public service broadcasting remit would be diluted and challenged over time by a new private owner. Our members have told us that they do not want to see such a valuable part of the UK’s advertising market eroded over time due to a change in Channel 4’s broadcasting output and audience.

The IPA represents over 300 agency brands including those responsible for handling the lion’s share of UK TV ad spend. It is also incorporated by Royal charter, under which one of the main terms of our Chartered Status is our duty “to advance the theory and practice of advertising, media and marketing communications in all its aspects for the benefit of the public.” And so, with this front of mind, and for a number of reasons, we firmly support the ongoing public ownership of Channel 4.

Channel 4 successfully and sustainably delivers to the UK advertising industry, a key driver of economic growth. Via its unique remit, and at zero cost to the embattled UK taxpayer, it offers unrivalled access to hard-to-reach light TV viewers which is gold dust to many British companies selling products and services, and their advertising agencies seeking to maximise reach and build brands.

It has been a central player in the highly competitive commercial UK TV landscape for decades with an ongoing reputation for innovation, most recently demonstrated by the success of its market-leading Broadcaster Video On Demand platform, All 4. As the TV market rebounds post-Covid, its world-class leadership directed by its unique remit is set to deliver and sustain market-beating growth amid this rise in internet-enabled viewing.

Ultimately, Channel 4 is a success. Its purpose-driven programming is good for society and it’s good for culture, and crucially, to the IPA, our members and their advertiser clients, it’s good for business. We see no upside but significant downside to privatisation.

Modern Britain is a beautiful fruit salad of people, and Channel 4 helps to deliver unique programming designed to appeal to the diverse audiences of Modern Britain. Channel 4 recognises talent that is currently under-served by our industry, and initiatives such as Black to Front, and programmes such as the Paralympics give that talent a much-needed platform and shop window for their craft.

There are many questions that need to be answered by the government about why it believes Channel 4 should be privatised now. Our industry is clearly concerned about the implications and there haven’t been any clarion calls from our members for privatisation prior to the announcement of this consultation – in fact, the opposite.

We urge DCMS to listen to all views from the industry before it makes a decision that could change the shape of the UK advertising market to the possible detriment of competition, audience reach and the public service broadcasting ecosystem that has served our country so well.

Channel 4 plays a unique role in the British broadcasting landscape. Its programming is distinctive, innovative, risk-taking and I’ve always been impressed that it offers a home to alternative views. It’s easy to forget that before Channel 4 came along, the sorts of unseen stories and voices we now see regularly were just not visible on British TV.

I believe a change to a private owner would be a short-sighted move which is not in the best interest of its viewers. Its public service remit means it attracts an incredibly diverse range of audiences, and privatisation would adversely impact advertisers, especially those targeting hard-to-reach younger viewers. I fear a Channel 4 move from public ownership could be irreversible.

In the global internet entertainment world of 2021 it’s hard to imagine the invention of a publicly owned commercial TV channel. What’s more surprising is how relevant the offering still is. Commercial accountability has kept Channel 4 sharp and its unique constitution has given it the breadth of concerns and courage to explore them fully and without fear.

Channel 4 has always had a surprising number of commercial successes but it is the ground-breaking causes it has championed from the LGBT shibboleth breaking of Queer as Folk to the visionary coverage of the Paralympics.

See also  All by themselves: the best monologues in TV history | Television & radio

The UK news and entertainment ecosystem has always been unique for its sheer breadth of different voices. In a world increasingly dominated by global streaming behemoths the quirky and eccentric voice and output of Channel 4 is more than ever to be cherished – and that means preserving its unique ownership structure.

As a commercial PSB with a clearly defined remit to serve diverse audiences, invest in alternative content and showcase challenging subject matter, Channel 4 is undoubtedly a unique point of difference in the UK commercial TV market. Its ability to deliver this remit in the face of the transition to digital viewing and a global pandemic, suggests its current business model has served it well. That model has also informed a move into the regions, providing opportunities to build diversity of thought within the content business and create media jobs across the UK – something we are also passionate about at Dentsu UK & Ireland.

Commercial television is a powerful medium. Yes, of course for advertisers, but for society as a whole. It entertains, challenges, informs and unites us. Each and every one of these qualities is important, but some are more popular than others.

In theory if all commercial broadcasters were governed by the same profit imperative, they would produce the same (or at least similar) content. Algorithms would determine and design the content that would attract the most viewers, and generate the highest profit for each broadcaster. Yes, that probably is a bit extreme, but I think the direction of travel holds true. It would at least reduce risk and innovation, and limit diversity.

Ever since Channel 4 first broadcast in 1982, it has been wonderfully consistent in providing an alternative viewing experience: challenging the status quo, breaking taboos and, crucially, catering to minority groups.

Retaining public ownership means Channel 4 can stick to this remit to be different. While I’m sure preserving the remit, in some form, will be a condition of any sale it would just not be possible for a purely commercially-oriented business to adhere to it completely. The UK TV landscape would be less diverse and interesting as a result.

Being publicly-owned means Channel 4 can reinvest all revenues into the business and into creating quality, diverse content. Any change to that model would inevitably lead to less money making it onto screen. And we’d all be poorer for that.

Finally, Channel 4’s “publisher-broadcaster” status, where it must commission its programming from other companies, would inevitably go. Channel 4 is hugely important in the UK’s independent production ecosystem and indeed the wider UK creative economy. Lots of small and mid-size companies would suffer if Channel 4 no longer had to commission programming from indies. I don’t think it’s a stretch to say that the creation of Channel 4 played a key role in the UK becoming a world leader in independent television production.

These benefits are as important to brands as they are to society. Put simply, the role of a media planner is to connect a brand with an audience through context. Channel 4 provides a rich diversity of context that is hugely valued by advertisers and planners alike. Brands thrive on distinction and, therefore, thrive on Channel 4.

So, a publicly-owned broadcaster that does not burden the taxpayer yet supports the UK’s creative economy and provides a tonne of diverse, innovative, challenging and informative content. That should be a keeper.

Channel 4’s purpose means that they support and broadcast a unique blend of content. Over the past few weeks alone this has included the Tokyo Paralympics, the amazing Black to Front project and then on Saturday a piece of sporting history via the US Open final thanks to an ingenious last-minute deal with Amazon.

This approach attracts a different profile of TV viewer and means that Channel 4 provides unique access to hard to reach audiences – notably young and light TV viewers. Both incredibly valuable for advertisers.

Channel 4 is also a driver of continued and often first to market innovation; from 4Studio, to Brandmatch, to most recently the All 4 Private Marketplace, allowing advertisers to buy inventory on All 4 via programmatic auction.

A thriving and innovative broadcaster, reaching unique audiences with different and important content. From my perspective, it is hard to see the business case for private ownership.

Channel 4 has stayed true to its remit and talked to audiences and subjects that felt under-served by the mainstream. They’ve delivered quality content that always feels energetic and often challenging. They’ve done this while funding themselves commercially through advertising. In this context the benefits of privatisation are questionable. Unless of course you’re a government that sees them a bastion of liberal media criticism. 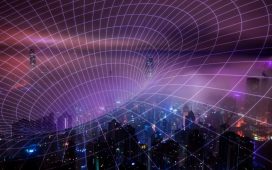 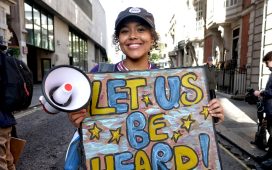 The Independent’s mission has never been more vital 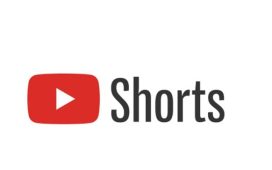 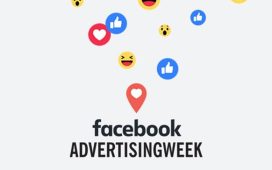 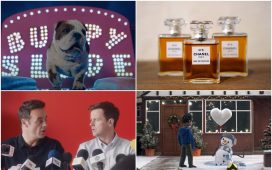 Clinton “doing fine” and will be out of hospital soon

Algorithms of war: The military plan for artificial intelligence

The unexpected benefits of playing video games at work

Why flashlights will keep shining despite the smartphone onslaught

US vows to pay relatives of Afghans killed in drone strike