The world is filled with great European cars, but as with many things, several European cars that everyone once considered the coolest around are anything but cool now. Some models have suffered from a lack of change or new design. Others have fallen out of favor due to identity issues that have shifted the original purpose into something else.

Great staples such as BMW, Mercedes, and Porsche have failed to impress modern car enthusiasts. Models that have existed for decades and were considered envious to own not paid the same attention they once were. Even contemporary styling and steller reviews cannot sway the perception of these European cars as being no longer cool.

Once an icon of England and a fantastic sports car from the Italian Job, it now lacks innovation. Featuring styling that hasn’t changed in 60 years and a price starting at almost $33,000 has coupe fans looking elsewhere.

What’s worse, the Mini Hatch features an underpowered engine with only 228 HP, and that’s with the upgraded John Cooper Works 2-Door Hardtop. With numbers like that, and an aging design, it’s no wonder the Mini Hatch isn’t cool!

Once an icon of off-roading, far away adventures has quickly become just another luxury car brand, often with fewer capabilities than competitors and at a price that makes one wonder if this once cool car is worth the time.

Related: Here’s What The 2003 Land Rover Discovery SE Is Worth Today

Fans of the Golf TDI once enjoyed the power of a turbocharged Golf with the benefits of a diesel engine. Those dreams of a fuel-efficient, cost-effective, and speedy TDI came crashing down when it was exposed that Volkswagen had deliberately altered numbers.

Now the Volkswagen Golf TDI is seen as a pariah, and even fans of the long-time rally-inspired car have fled for greener pastures.

Once a quirky, fun-to-drive Italian commuter car has become a bland blob of a vehicle. Like Mini, there has been little innovation in the many decades since its original debut. Further, the Fiat 500 is considered to be Fiat’s least reliable model.

The Fiat 500 design hasn’t changed much in the last 60 years, but now Fiat markets the 500 as a crossover SUV, but with only 177HP, this pricy crossover is underpowered.

Once upon a time, the BMW 323i was a cool BMW to own with a dual tailpipe and a 6-cylinder engine. Unfortunately, to make the 3-series more palatable, BMW has toned down the once great 3-series.

The BMW 3-Series now shares a similar design to the rest of the BMW sedan lineup. The only thing aggressive about this once great sedan is the price. With starting prices over $40,000, many are now shunning this once cool BMW.

The Porsche 911 was equated with cool, but with rivals that offer more bold design, faster speeds, and better prices, the 911 is showing its age.

With little change in the overall design and minor upgrades to the engines, the Porsche 911 has become less popular in favor of mid-engine beauties such as the Chevrolet Corvette.

What was a remarkable venture into electric car territory has become a dull commuter. With the introduction of Tesla, Rivian, and other electric models, the BMW i3 is no longer the cool electric car it once was.

With a range of only 153 miles, the BMW i3 can travel less than half as far as the Tesla Model 3 and is priced almost $5,000 higher than its American competitor.

Despite receiving great reviews and plenty of awards, the XC90 takes a back seat Cadillac or Dodge’s cool SUV factories with the Escalade and Durango.

The Volvo XC90 is considered a premium mid-sized SUV, and at almost $50,000, it costs a premium too. Despite being cheaper than the Escalade and having plenty of industry praise, the XC90 fails to excite and is no longer considered a cool SUV.

Audi lauds the R8 as a supercar, but it is anything but super with a quarter-mile time of over 14 seconds. Further, the R8 has a price well north of $100,000 this Audi is anything but cool.

Indeed, going up against an American classic like the Charger and the Audi R8 feels left behind. The Audi R8 feels more like a money purchase than a cool car at nearly twice the cost and considerably fewer horses under the hood.

Like the Land Rover Discovery, the G-Class has a vintage air about it that is undeniable in off-road circles. Now, the G-Class has seen modernized luxury gone too far, with more focus on comfort than adventure.

The days of the G-Class going on faraway adventures are long gone, as the modern Mercedes-Benz G-Class looks more polished than outdoorsy.

10 European Cars The Rest Of The World Hates

Despite all the iconic sports and luxury cars that we associate European manufacturers with, Europe produced plenty of lemons that no one can stand.

Michael Stroup is an emerging author with experience writing for academics and personal portfolio pieces. Articles featuring JDM cars have been popular on his website. His love for cars combined with a passion for writing creates content that is engaging and fresh! Michael’s hobbies include snowboarding and family time.

See also  70th anniversary editions of the Abarth 595 and 124 Spider revealed
Share on FacebookShare on TwitterShare on LinkedInShare on Reddit
techregisterDecember 8, 2021 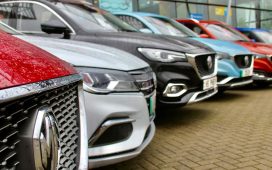 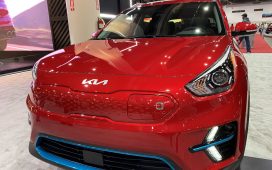